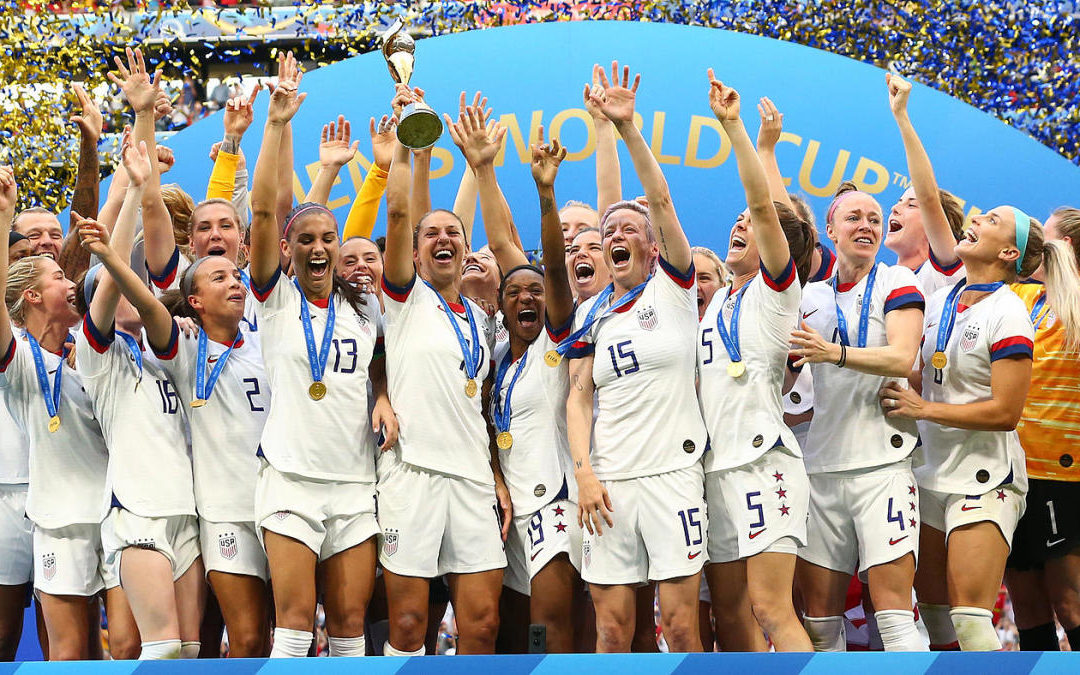 2. All it took was 2. In the quarter-finals, semi-finals, and finals, the United States Womens’ National Team just needed two goals to pull off a victory.

Besides the United States, the host team of France were the second favorite to win the FIFA World Cup. But the United States ended their run in the quarter-final match with a 2-1 victory. Megan Rapinoe put her team on her back in the Round of 16 match against Spain and the match against France. Rapinoe scored both penalty goals against Spain, and then scored both of Team USA’s goals against France at the 5th and 65th minute mark.

During the week of July 4th, it was a bad time to be from England. The United States defeated England in the semi-final match, 2-1. Not only did England lose, but Alex Morgan made sure they felt that lost for a long period of time. When Morgan scored in the 31st minute mark, she celebrated by sipping a tea cup, in reference to the Boston Tea Party from the Revolutionary War, when America broke their independence from Great Britain. Which only made this year’s Independence Day even more special.

The Netherlands didn’t stand a chance to the United States in the World Cup Final. The United States outshot the Netherlands, 17-5. Out of those 5 shots, only one of those were on target. Megan Rapinoe scored another penalty goal in the finals match at the 61st minute mark. Rosa Lavelle put the icing on the cake with another goal eight minutes later.

The USWNT has touched many hearts in France but also in their home country. Loyal American fans travelled to France to support the team. In some games, the Americans were playing in sold out crowds. Through social media, some of the players have grown a larger fan base from posting the team’s celebrations in the locker room. Seeing a team of Caucasian soccer players dancing to Crime Mob have sparked a lot of attention across all social media platforms and media outlets. The celebration continued on into New York City, where the team held their victory parade. On that same day, the team travelled to Los Angeles, CA for the ESPYs, where Alex Morgan was awarded the Best Female Athlete, and the USWNT took home the Best Team Award.