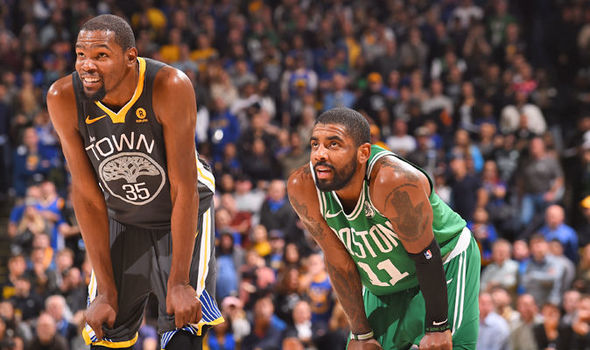 Just when it seemed all hope was lost for the Clippers in free agency, Kawhi Leonard pulled the biggest power moving of the decade by signing with the Clippers and bringing Paul George along with him. The Clippers are now an absolute powerhouse and rightful favorites to win next season’s NBA Finals. Los Angeles now has two of the best 2-way players in the game, a solid defensive lineup, a good bench full of veterans, and a great coach in Doc Rivers. This signing/trade brought the Clippers from a scrappy 8 seed to possibly the best team in the NBA. Kawhi Leonard is home and hungry for another championship. The sky is the limit for this Clippers team if they manage their players right while staying healthy.

Despite my distaste for Kyrie Irving after the way everything went down in Boston, I have to say the Nets absolutely won free agency. Acquiring Kevin Durant and Kyrie Irving was everything the Nets wanted to complete their rebuild. They now have two of the top 10 players on the planet along with a young roster hungry for a title. Brooklyn was also able to sign Deandre Jordan on a solid deal. That was only possible because Irving and Durant took less than the max. Once Durant is back, the Nets will be a powerhouse in the East. It is amazing to see how far the Nets have come from being a dumpster fire to the hottest free agent destination in 2019. Nets fans all over should be rejoicing as they are the #1 basketball team in New York.

Although they weren’t able to bring in Kawhi or Kyrie Irving, the Lakers still had a great free agency. After trading for Anthony Davis, the Lakers were able to put some great role players around their two stars. Danny Green and Avery Bradley are two guards that are great on the defensive end. Both have the ability to shoot, but obviously Green is the much better offensive player. Bringing back Rondo to serve as a back-up point guard to LeBron will be helpful to manage the aging star’s playing time. Brining in Boogie Cousins on a one-year deal could be much better than everyone expects. Cousins has already played with Davis and Rondo, which means he has some chemistry with the team. Rondo and Cousins running the Lakers second unit could be very explosive. Even with missing out on the biggest names in free agency, the Lakers brought in the right guys to surround LeBron and company. This Lakers team has the potential to be the best team in the league if they can get through the other team in their town, the Kawhi Leonard-led Clippers.

With all the hype around Kawhi’s pending decision and the dynamic duo in Brooklyn, Philadelphia has had an amazing off-season thus far. Retaining Tobias Harris, who is now the clear cut number 3 in Philly was a great move. They could not afford to lose him and Butler. Losing Butler would have been tough for Philly if they hadn’t gotten Maimi’s Josh Richardson in the deal. Richardson adds perimeter shooting to a team that needed it after they were unable to keep J.J. Redick. The best move of all for the 76ers was signing Al Horford. The only man in the East who always gave Embiid fits is now playing alongside him. Horford adds another great passer to a team that needed help spreading the floor. In my opinion, Philly now has the best big man duo in the NBA at both ends of the floor. The 76ers may be the best defensive team in the NBA and may be the new kings of the East if they play to their full potential.

The Bucks had many key free agents this year and did the best they could to bring back all of their guys, but that just wasn’t possible. They gave a max contract to Middleton over Brogdon, which was expected, and they were able to keep Brook Lopez. In addition to that, they were able to pull off a sign-and-trade with the Pacers, acquiring a first-round pick and two second-round picks for Malcolm Brogdon. The Bucks now have multiple first-round picks at their disposal to try and add another player to this roster. I think they spent their money wisely and didn’t reach on free agents. They kept as many of their guys as possible while getting assets for the one guy they couldn’t keep. The only move I question is bringing in Robin Lopez. I get his brother is on the team, but I don’t see the value he adds to the Bucks roster.

Going into free agency was scary as a Celtics fan. It seemed almost certain they would lose Kyrie, but losing Horford was a gut punch. However, things turned around quickly for the Boston boys. Signing Kemba Walker was the best thing that could have happened to the Celtics outside of signing Kevin Durant. Kemba isn’t as talented as Kyrie, but he has a much better attitude and fits better with the Celtics. Walker has never been in a system this friendly to point guards while having so much talent around him. Kemba now has a chance to prove himself with a team that has actual championship aspirations. Brad Stevens working with Walker should get the best out of him. Only two days into being a Celtic, he is already taking pictures with fans around Boston. He wants to be a part of the history and the great fan base. This was a homerun for the Celtics. On top of that, I think the Celtics got Enes Kanter for a steal at $10 million for two years. Boston needed depth at center, and a guy like Kanter is fully capable of playing better than his contract. Boston still needs more depth, but so far they have addressed their needs to the best of their ability.

I know it’s crazy to think any team could have a positive off-season after losing arguably the best player on the planet, but Golden State has done just that. Though Durant left, the Warriors weren’t left in the gutter for too long as they acquired D’Angelo Russell. Even if the Warriors do trade Russell like the rumors say, the team will still acquire some good pieces for him. If not, they will have three great guards that can all shoot the ball. The Warriors were also able to keep Kevon Looney, who has been a great player for the Warriors and signed Willie Cauley-Stein, who will shore up Golden State’s defense down low. This is the first time in the Stephen Curry era that the team has a talented center who isn’t a liability on one end of the floor. It will be interesting to see how the new additions fit in to the Warriors system, but they are not short of talent and should be able to make it work.

Indiana has never been a big free agent destination, but their front office said to hell with that. The Pacers being able to bring in Malcolm Brogdon to help assist Victor Oladipo was the perfect fit for this team. They desperately needed a long player who can defend and shoot the lights out from behind the arch. It did cost them some picks, but it was worth it to get a solidified number two player to keep the team afloat while Oladipo is recovering from his knee injury. Indiana also brought in another sharp shooter in Jeremy Lamb, which shows me the Pacers know exactly the type of team they want to surround Oladipo: SHOOTERS! The Pacers aren’t being talked about very much, but I love the trio of Oladipo, Myles Turner, and Brogdon. They are an extremely young team with its oldest players being 27 years of age. This free agency could be the start of a solid run for the Pacers if they keep that core together for years to come. By no means are they a top four seed in the East now, but they have a bright future ahead of them.

I say this with much pleasure: THE KNICKS BLEW IT AGAIN. Yet another free agency has gone by where the New York Knicks failed to attract a star to their team. I cannot say I am surprised. That ownership and dysfunction was only able to attract a good player like Julius Randle, which was disappointing for Knicks fans after they were sure this would be the free agency New York finally landed the big fish. But alas, the Knicks brought in one solid player and a few decent players such as Bobby Portis and Reggie Bullock. Although this may be a good thing for the Knicks, for once they may actually attempt to groom their own talent to become a star. I highly doubt things will get better for the Knicks, but who knows? Stranger things have happened.