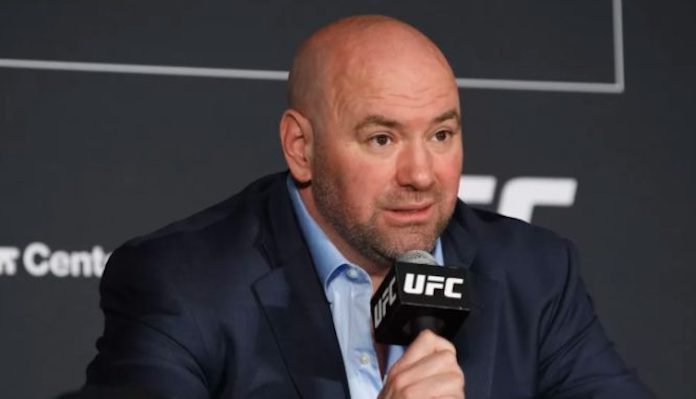 Dana White is looking for killers, and he found plenty this week on his Tuesday Night Contender Series on ESPN+. 4 out of the 5 fights ended in finishes (2 submissions, 2 TKO’s), 3 of them in the 1st round, and all 5 winners were given UFC contracts. Dana praised the victors and their mindset going into the octagon, reiterating that he is not necessarily looking for finishes, but “I’m looking for killers.”

Lightweight Johnathan Pearce (9-3 MMA) was the first fight of the night, and finished it against a gassed Jacob Rosales (11-5 MMA) in the 3rd round. After continuing to hammer in leg kicks and apply some good ground and pound, Pearce was able to get the stoppage after landing a big right hand on the ground that briefly KO’d Rosales, causing Herb Dean to stop the damage there.

Middleweight Maki Pitolo (12-4 MMA) was the victor in the second fight of the night, finishing 2-time Contender Series participant Justin Sumter (7-3 MMA) with repeated shots to the body up against the cage in the 1st round. Pitolo had been applying pressure and targeting the body, and it paid off with a body shot TKO and a UFC contract.

The only decision victory of the night went to Hunter Azure (7-0 MMA), who put on a grappling clinic in his Bantamweight showing vs Chris Ocon (4-1 MMA). Azure had Ocon stumbling with heavy leg kicks, and constantly defending submission attempts on the ground throughout the fight. The former 4-time Montana State wrestling champion showcased a great top game and some serious ground and pound, also earning him a contract from White.

By far the most impressive performance of the night goes to Light Heavyweight Antonio Trócoli (12-3 MMA), who got a 1st round submission victory over Kenneth Bergh(6-1 MMA), even after breaking his left foot earlier in the fight on a body kick. He had previously planned to keep the fight on the feet, but changed his game-plan upon the break, got a good sweep and takedown against Bergh. He was able to administer a nasty neck crank for the tap, and the contract. The announcers, and myself, didn’t even realize the gnarly broken foot until Trócoli’s post-fight interview with Laura Sanko.

The last fight of the night also ended in a 1st round submission, with Lightweight Joseph Solecki (8-2 MMA) impressing with great top game on the ground, and choking James Wallace (9-3 MMA) unconscious with an arm-in guillotine. Solecki looked great from the start, showing slick footwork and getting the early takedown that eventually led to the submission.

The Contender Series continues to provide quality content. Nothing is more exciting than seeing fighters putting it all on the line for a chance at a bigger stage, bigger payday, and a path to something great. The investment in the UFC Apex in Las Vegas, Nevada has no doubt paid off, and we can expect more top fighters from other promotions getting the chance to show their worth in front of the boss.

The series continues next Tuesday at 8pm ET on ESPN+.