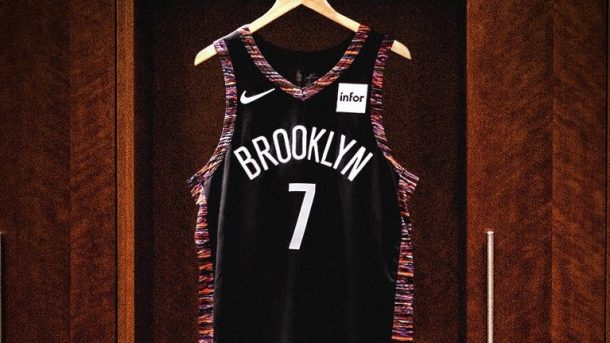 Hey, how’s it going sports fans? Hope you all had a good weekend, and what a crazy two weeks it was for basketball fans! Everyone knows it’s the most wonderful time of the year: The NBA Free Agency! The first day last Sunday was quite the roller-coaster of a ride, but MAN does that make me excited for this year’s NBA season! That being said, let’s get down to the nitty gritty!

Blockbuster Deals/Two Birds with One Stone

On a personal level, I was highly invested knowing where Kyrie Irving was going to end up because he is my favorite player! So it didn’t surprise me when the news broke that the (now) former Celtics point guard was going to the Brooklyn Nets. The deal consists of a four-year contract worth $141 million, which isn’t a maximum deal. This begged the question, did the Nets have something else up their sleeve? They did indeed, when a four-year $164 million deal was reached to acquire the former Golden State Warrior, Kevin Durant. I personally didn’t think Durant was going to re-sign with the Warriors, but being on the same team with Kyrie is a sweet surprise and I’m sure the Nets would agree!

The only thing left to solve was where D’Angelo Russell would go?

Twenty-three-year-old D’Angelo Russell was nothing but exceptional for the Brooklyn Nets, but now it’s time for him to move on. The Golden State Warriors have put down a maximum deal for the shooting guard, which consists of a four-year, $117 million contract, and the story doesn’t just end there. This is a sign-and-trade deal that also includes the Warriors sending a first-round pick to the Nets, and the Nets sending Shabazz Napier and Treveon Graham to the Warriors, who will then move them and cash to the Minnesota Timberwolves.

Now everyone who knows me well knows that I am a HUGE Kawhi Leonard fan, and was waiting all week to know his decision, and on July 6th at 2 AM EST he finally made his decision.

As many of you probably know by now, the Finals MVP chose to sign with the Los Angeles Clippers, but there was one condition. Kawhi met with Paul George from the Oklahoma City Thunder earlier to go to the Clippers in a trade that no one saw coming. The Clippers knew Kawhi would sign if they also acquired Paul George, so OKC traded George for a substantial number of draft picks. Kawhi Leonard’s deal consists of the maximum contract of four-years and $141 million, and even though it saddens me to say goodbye to my favorite (now former) Toronto Raptors player, I am happy for him and wish him the best on his new team. Kawhi helped win Toronto a championship and many memories to last a lifetime and for that, I thank him. In the end, sources have said Kawhi Leonard did not wish to be part of the Los Angeles Lakers “Big 3” with LeBron James and Anthony Davis; he wanted to co-star with Paul George across the Staples Center. I might be in mourning for a bit, I am genuinely excited for this upcoming NBA season!

That’s all for today folks, feel free to leave a comment below, you can also find me on Twitter @MoniqueYip. I’m always down to chat sports! Till next time!