From Rebuild to Contender 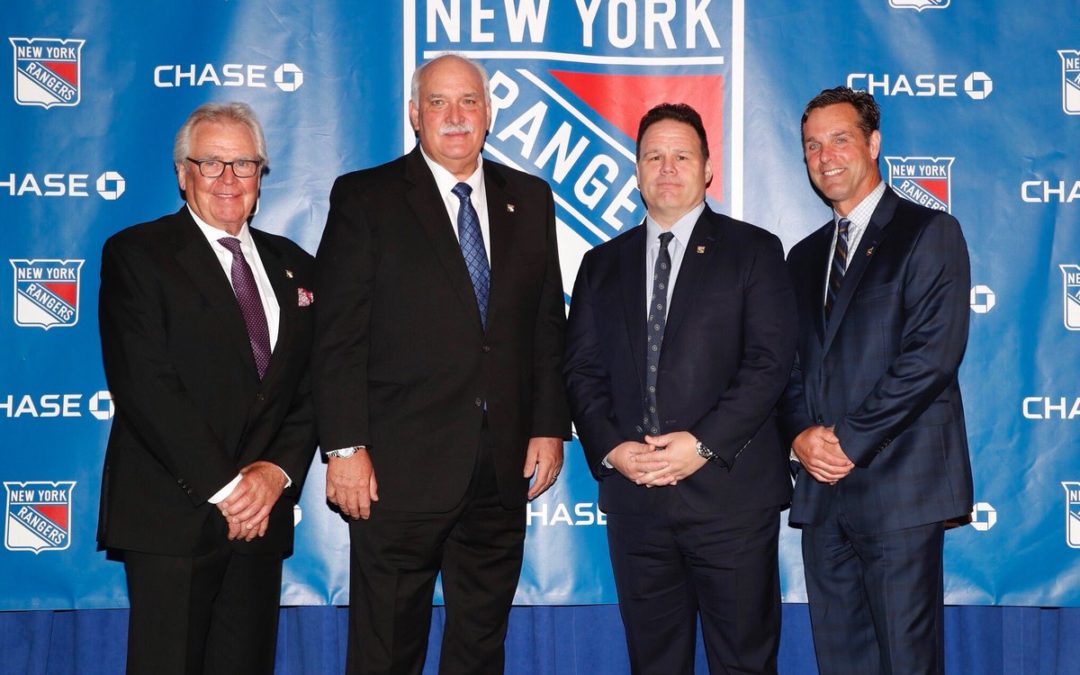 The New York Rangers, who have made the playoffs 11 out of 12 years from 2005 through 2017, are coming off missing the playoffs back to back years. Just last year in February of 2018 the Rangers put out a letter to all fans saying to be patient as they were about to enter a long rebuild stage. Little did they know that rebuild could be a quick turnaround for the Blueshirts.

After moving on from players such as Rick Nash, JT Miller, and Ryan McDonagh the Rangers began what looked like a long time of rebuilding. Then things turned around quickly in New York which is huge for a fanbase that has zero patience for waiting to compete.

In late April the Rangers then made a trade with the Carolina Hurricanes in which they sent the rights to Adam Fox, the upcoming defenseman, for a 2019 second-round pick. Fox was the 66th pick in the 2016 NHL Draft out of Havard University where he won rookie of the year during his freshman season as well as being named to the NCAA First All-American Team and First All-Star Team in each of his first two seasons. The Hype for Fox is huge and could be a solid piece for the Rangers.

Three days later when the Rangers signed Fox to a three-year deal; they also signed former first-round draft pick Vitali Kravtsov and Russian goalie Igor Shesterkin to contracts with the team. Kravtsov was the 9th overall pick for the Rangers in 2018 and he is projected to be a second or third-line winger in New York.

Shesterkin, who played great in the KHL, had a GAA of under 3.00 in four years as well as three of those years it was under a 2.00 GAA. Shesterkin is expected to start the season in the minors but is looking like the future goaltender at Madison Square Garden when the King’s time is up in the net.

We then found ourselves just six days away from the NHL draft where the Rangers held two first-round picks, one being the number two overall pick. The Rangers have a new team president in John Davidson who is a Rangers legend both as a player and broadcaster. Davidson is going alongside with GM Jeff Gorton now and they are ready to bring hockey back to the Garden.

We go back to the Kevin Hayes trade where the Rangers acquired the 20th overall pick; they now used this pick to make another huge move. The Rangers traded the pick back to Winnipeg along with Neal Pionk where they acquired Jacob Trouba. Trouba is entering his seventh NHL season coming off his best year with 50 pts and a positive plus/minus rating. Trouba is now the next big defenseman the Rangers add to put in front of Lundqvist.

When the NHL Draft came up it was clear that there were two top prospects ready to play in the league next season; Jack Hughes and Kappo Kakko. The Devils held the first pick which is where the decision had to be made. With the second pick, all the Rangers had to do was take the player that New Jersey did not. Even with it being that easy, all Rangers fans wanted Kakko Kappo to fall to that second pick. Kakko is supposed to make the bigger impact right away and the Rangers and fans got what they wished for.

The Rangers at that moment are looking at a team with Kakko, Zibanejad, Kreider, Fox, Trouba, Kravtsov, Buchnevic, Chytil, etc. This has the making of a young, exciting team to watch; but there was still more moves to be made.

On Day One of free agency the Rangers were to be very active early on. As soon as free agency began at 12pm many signings were announced and the Rangers found themselves in the middle of one of those signings. The Rangers went out and brought in the biggest name on the market this offseason.

The Rangers and 27-year-old winger Artemi Panarin agreed to a seven-year deal worth $81.5 million. The biggest fish on the market is now heading to New York City to play in front of one of the best fans bases in all of hockey. Bringing in John Davidson as team president was a huge move to help to bring in Panarin as well as a trade just an hour prior to the signing. The Rangers were able to free up some cap space by trading Jimmy Vesey to Buffalo for a third-round pick.

The Rangers fanbase is now in a frenzy as they are now looking like playoff contenders just a year and a half after the rebuild letter was sent to fans. Now I say that because the Stanley Cup is still not right there yet but they are moving closer and closer. A few more moves either this offseason or next and the Garden will be home to some late round playoff games once again.