What Should the Buffalo Sabres Do this Offseason? 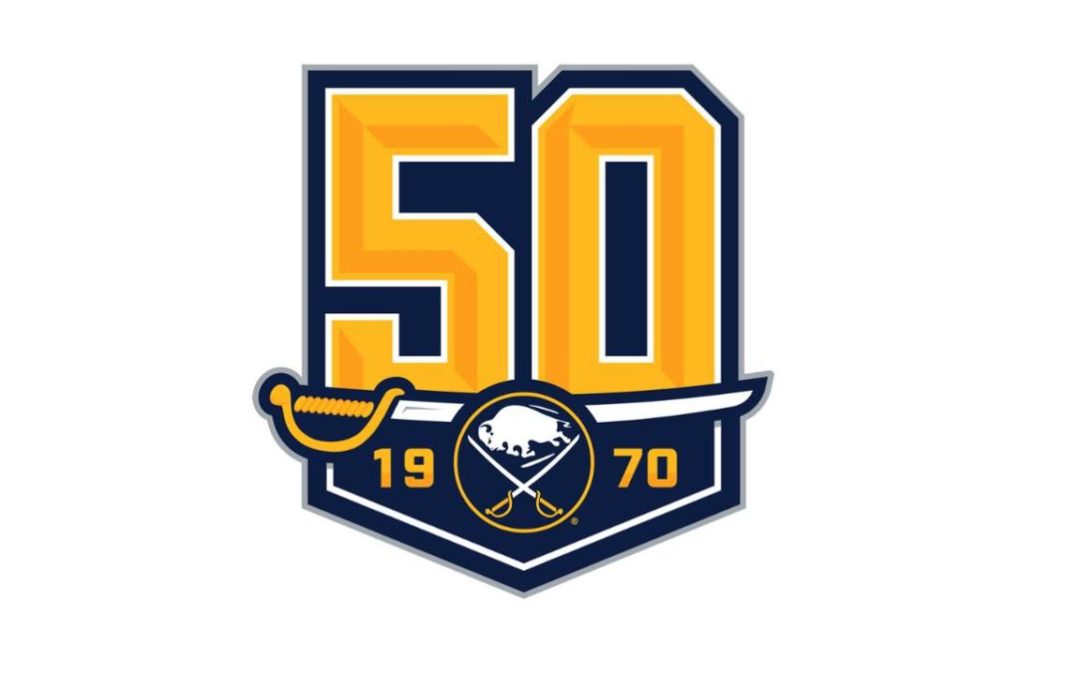 The 2019 NHL Draft has come and gone, and the Buffalo Sabres have not made any major moves to this point. Rumors floated around that one of their top defenseman Rasmus Ristolainen was being shopping around by Sabres general manager Jason Botteril, but no official move has been made, yet… Botteril has his hands full in turning this team in the right direction for their 50th anniversary season. Buffalo fans were ready to raise the championship banner in mid-November last season as the Sabres went on a ten-game winning streak which put them in first place in the NHL for a short period of time. Things did not finish how we thought it would as the team slowly lost their streak of luck and would finish 27th out of 30 teams. The Sabres are now eight years removed from their last playoff appearance, the longest such streak in the NHL, and Sabre fans are desperate for a winning team. The core pieces are there, with two former #2 overall picks in 2014 and 2015, Sam Reinhart, and Jack Eichel and Buffalo’s star rookie defenseman Rasmus Dahlin. The team is waiting for full development from everyone and for them to lead the Sabres to their winning ways.

The biggest move the Sabres have made outside of the draft was paying their leading scorer last season, Jeff Skinner to be in Buffalo for eight more years, but they need more than that. It was a move that had to happen, although they may have overpaid for him, they can’t stop there. The Sabres need a lot more help, especially with goal scoring as they finished 26th in the league with 221 goals all season, averaging just 2.7 goals per game. To put that in perspective, the number one team in the league, the Tampa Bay Lightning scored 319 goals last season, averaging almost four goals a game at 3.9. There are a lot of options in free agency this offseason, and some premium names that are available, if you’re willing to give out the big money. Buffalo has around $19 million in cap space, so they are in a position to reel in the big fish, or disperse the money for more depth on the team. Free agency is not the only route to go, Jason Botteril has some valuable pieces he can move to get a premium player who isn’t a free agent yet. Either way, once the clock hits 12:00 p.m. on July 1, all eyes will be on Jason Botteril to see how he can turn his team around. There are seven realistic players to keep an eye out for that would fit perfect in the Buffalo blue and gold next season.

I don’t believe Matt Duchene or Artemi Panarin will end up on the Sabres for the money they are prepared to receive, as much as ten-million dollars per year. Especially because Buffalo will eventually have to resign Rasmus Dahlin, Casey Mittelstadt and Sam Reinhart and cannot afford to have another ten-million-dollar contract on their books. 34-year-old, Joe Pavelski will likely not want to move across the country for a couple more years of his career and not win a Stanley Cup. Columbus will put most of their effort on resigning their center Ryan Dzingel, taking another name off the board for the Sabres, as they know Duchene will be looking for a new team this summer.

The 12-year veteran has spent his entire career with the Anaheim Ducks but was recently bought out, making him a free agent. He has quite the resume so far, as Perry is a Stanley Cup champion (2007), a four time All-Star, as well as the Hart Memorial trophy and the Maurice “Rocket” Richard trophy for MVP and leading scorer in the NHL (2011). All of that may be in the past for him as he just turned 34, but his veteran leadership and wisdom is still there, and for a young, inexperienced team like the Sabres he may be a perfect addition. Buffalo needs help staying consistent on offense and if Perry can stay healthy, he would be a great fit on the third or fourth line. He missed most of last season with an injury, but in the 2017-18 season, he managed to post 49 points, scoring 17 goals and 32 assists. The Ontario native may be looking to play closer to home and the Sabres could bring him on with a cheaper contract and tap into his once coveted skill-set.

Simmonds had a bit of a down year last season, he was traded mid-way through the season, as the long-time Philadelphia Flyer became a Nashville Predator. The forward finished the season with 17 goals and 13 assists while playing 79 games. Although he may not put up the biggest numbers, he plays physical and is a great player to put on the wing for the third or fourth line who can still produce occasionally on offense. Not to mention, Simmonds is a great player to put on a penalty kill line. In 2017, he was ranked first in the NHL among forwards in limiting shot attempts and scoring chances. In six out of his nine-year career, he has scored more than 20 goals for his team and Buffalo is in a great position to sign him cheap after a bad year last season.

Johansson, is 28 but has been in the NHL for nine years. He has loads of experience on the left wing and played for a Stanley Cup this past season with the Boston Bruins. He has been around winning cultures for most of his career with the New Jersey Devils for a year and Washington Capitals where he scored a career high 58 points in 2016-17. Johansson will not lead the team in points or scoring, but he is a great role player who adds depth and can consistently play 15 minutes of hockey a night. He is still young, but with nearly 600 NHL games played, he still has the potential to produce and be relied on as a strong piece for this Sabres team. 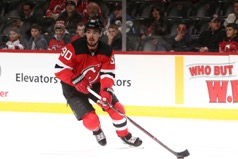 The 27-year-old right-winger just finished his fourth year in the NHL with the San Jose Sharks. During last season, Donskoi only missed two games all year and tallied 14 goals and 23 assists for 37 points. He did struggle at times last year, as he went through a 38-game scoreless streak, and had trouble staying consistent, but was clutch for the Sharks when it came time for playoffs. He could be an easy signing for the Sabres around two or three-million dollars, with a lot of upside. Being only 27, he is still in his potential “prime years” and maybe given a chance to play alongside a Casey Mittelstadt or veteran like Kyle Okposo, it could benefit him greatly and we could see an uptick in his numbers. A change in scenery and a new role on a team as one of their leaders could help him tremendously in taking the next step.

The 28-year-old right winger has gone under the radar as one of the more productive forwards in the game although he did win a Stanley Cup with Washington in the 2017-2018 season. He has played for five different teams in just seven seasons but his best years could still be ahead of him. Playing for the Edmonton Oilers last year Chiasson scored 22 goals which would already tie him for third place on the Sabres roster, and he put up 38 points which would slate him fourth on the Sabres roster. He would be a big upgrade on the Buffalo front lines. Although, he is young, so he could command a larger contract, but it may just be worth it for Botteril to put more weapons on the ice. The ex-Boston University hockey player has something in common with Sabres star Jack Eichel and they could use that connection to form a bond on the ice. 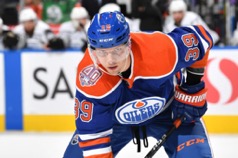 After five full years with the Red Wings, Nyquist was traded to San Jose and last season was his best season yet. Between the two teams, he put together a 60-point season with 22 goals and 38 assists. He is a consistent 20 goal scorer, as he has only missed that mark once in his six-year career, netting 17 in the 2015-16 season for Detroit. The right-winger would instantly become a leader on the Sabres roster and may not be as expensive as some other forwards on the market. He will be turning 30 once the season starts, but a cheaper three or four-year deal around five-million a year might work out great in Buffalo’s favor.

One of Buffalo’s biggest needs this offseason is a number-two center. The Islanders may be losing their captain, as Lee is looking for a bigger contract at around six-million dollars per year, but it may be worth it if Buffalo can make him their second line center for years to come. Casey Mittelstadt has not developed as fast as the Sabres hoped he would and Lee would be a great upgrade and a cheaper option than a Duchene or a Panarin. The durable 28-year-old has five full years of NHL experience and has only missed three total games over the past four seasons. With a 40-goal season in 2017-18, Lee is still in his prime years. The Sabres could pair him with Sam Reinhart on the second line and watch both their numbers sky-rocket. He has tallied more than 50 points in each of the past three seasons and could not only help the lack of goal-scoring for the Sabres, but also the development of Buffalo’s young-gun center, Casey Mittelstadt and others in the organization.