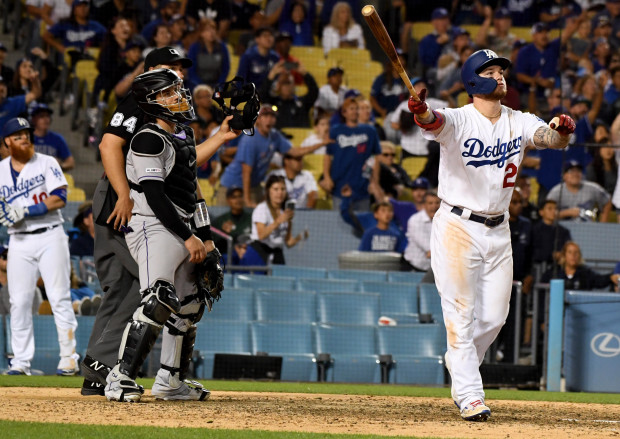 What is UP sports fans? Hope you all had a good week, I sure did! Even with the conclusion of the season for both basketball and hockey, there were still many outstanding moments in sports in the past few days! I cannot WAIT to get started with one of my favorite rivalries!

MLB: Another Day, Another Walk-Off

Okay, so everyone who knows me knows that as much as I will always cheer for the Toronto Blue Jays, the Los Angeles Dodgers are my favorite baseball team. So you can imagine my excitement when I tuned in this weekend to the home series against the Rockies (FYI I hate Colorado teams with a passion). It is one thing to sweep one of your team’s divisional rivals in all three games, but it another thing when all three victories were because of walk-off home runs! On top of beating one of the explosive offensive teams in the National League, it was the Dodgers’ rookies that shined this weekend!

MMA: Beware of the Korean Zombie!

Guys, there were so much MMA entertainment this weekend, but oh man we HAVE to talk about the UFC Greenville card! From the beginning of the preliminary fights to the last fights on the main card, I thoroughly enjoyed watching the entire fight night, and there were three fights that stood out to me the most.

Back in March, I went to London to visit a couple of friends of mine and see the city, but I also went to the fight night held at the O2 Arena. That is when I first saw flyweight, Molly ‘Meatball’ McCann compete and get the impressive victory at home, and I was excited to hear that she would compete in last Saturday’s fight card. Molly had a tough opponent in Ariane Lipski, but she pulled off the victory and won by unanimous decision. With her opponent having the reach advantage, Molly successfully landed several combinations and two takedowns, one towards the end of each round. That’s two straight victories for Meatball!

When I think of my favorite heavyweight fighters and their moments I think of the most amazing knock outs, and I saw one of those moments last Saturday. Heavyweight prospect, Jairzinho Rozenstruik finished his opponent, Allen Crowder by knockout…in just nine seconds in the first round!!! Undoubtedly the fastest fight of the night, but man, Rozenstruik is still undefeated 8-0 in his MMA career! I can’t wait to see who he faces next, and as excited I got for this fight, there was one fight that surpassed all the ones on this card.

The return of the ‘Korean Zombie’ Chan Sung Jung struck excitement in many MMA fans including myself, and he headlined this fight night in the main event against Renato Moicano. There were many Korean Zombie fans in the crowd, and he had a tough opponent in Moicano. Within 58 seconds of the first round, Korean Zombie knocked out Moicano with strikes in a stunning victory! This must have felt good for Korean Zombie after his knock out lost against Yair Rodriguez back in UFC Denver. I’m happy for Korean Zombie and I can’t to see who he’ll fight next!

That’s all for this week folks, feel free to leave a comment on the website. You can find on twitter (@MoniqueYip) See you all next week for more epic sports moments!