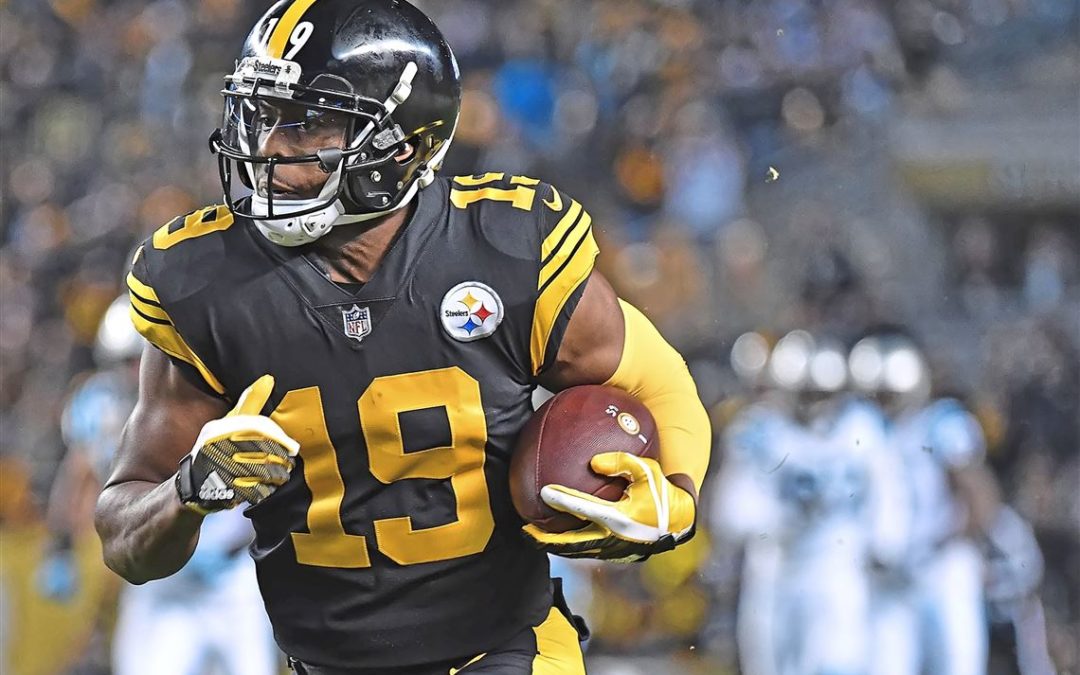 Playmaker is the best word to describe this young wide receiver, as he racked in 587 yards after the catch placing him at the top of that category in the wide receiver pool last season. Juju was also able to finish 4th in targets with 166 and 5th in receiving yards with 1426 netting him a top 10 finish at the wide receiver position at WR8 in full point PPR. When looking at the numbers Juju has been able to produce in his career it is easily shown that he is on the verge of becoming an elite fantasy wide receiver, and I think this is the year. In his whole career of 30 regular season games he has finished as a top 24 wide receiver weekly 56.7% of the time. That is quite impressive when considering that he is only on his 3rd year, so he has his whole career ahead of him. When projecting Juju for this upcoming season it seemed as if there were going to be no concerns and he was going to finish as a top 10 wide receiver, but once his teammate Antonio Brown was traded to the Raiders a small concern arose.

The concern for Juju has been talked about around the fantasy football industry all off-season and that is the fact that Juju has shown no valuable production when lined up outside of the slot. To put the numbers in perspective, these are Juju’s success rate percentages against various coverages.

Like I mentioned above, there is concern when looking at Juju’s numbers while lined up as the outside WR, but I don’t know where people got the idea that just because Brown left that Juju was going to be immediately shoved to the outside. The Steelers are going to stick with what works and has shown results in the past and that is lining Juju up in the slot. Last season Juju received 81.3% of his targets at 15 yards or less, and with the additions of Donte Moncrief and Dionte Johnson the usage of Juju will not change. Juju is going only going to improve for this season and will see even more targets as he is now the number 1 option in a pass heavy offense. I believe Juju will finish as a top 5 wide receiver right along with Julio Jones, Davante Adams, DeAndre Hopkins and Michael Thomas. I am super excited to see what Juju can do this year.