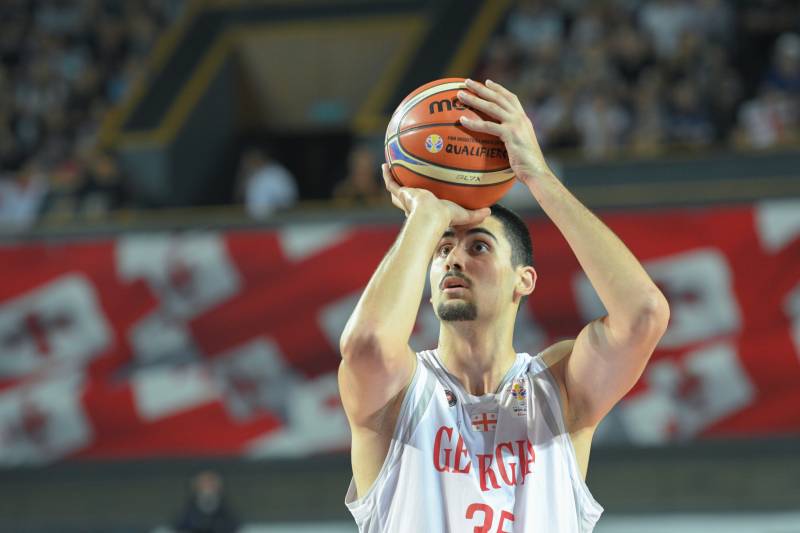 The 2019 NBA draft has come and gone, now the focus turns to free agency, and summer league where the Pacers young players, and rookies will play together in Las Vegas in early-July. The Pacers started the night with two draft picks, 18 and 50, by the end of the night they only made one selection. Goga Bitadze, a 6’11” center from the Republic of Georgia, rated as the second best center in this draft according to Tankathon.com

There was no lack of fireworks from the Pacers in the draft, before the draft started they traded for T.J. Warren a Small Forward from the Phoenix Suns. The Pacers also landed the 32nd pick in the draft in the trade, and only gave up cash considerations to the Suns. The Suns made this trade to clear cap space on their roster to go after free agents this July.

Warren, a 24-year old 6’8” small forward out of N.C. State, has played all of his first five seasons in Phoenix after being a first-round selection by the Suns in the 2014 NBA draft. Last season, Warren averaged 18 points per game, 4 rebounds, 2 assists, 1 steal, and 1 block per game while only playing in 43 games for the Suns. His three-point shooting has improved over his career, in his rookie year he shot 23 percent that number has now grown to 43 percent. He still has three years left on his contract, a contract where his average annual cap hit will be around $10 million per year.

It remains to be unseen if Warren will be a starter or not with Bojan Bogdanovic becoming a free agent in the coming weeks. General Manager Kevin Pritchard was adamant about trying to re-sign Bogdanovic, and starting Domas Sabonis and Myles Turner together, so, Warren could-be coming off the bench for the Pacers this season.

17 picks had gone by, and the Pacers were on the clock. With needs at guard and forward, with Bogdanovic, Darren Collison, Cory Joseph, and Wesley Matthews becoming free agents, the Pacers could have drafted one of those two positions, instead they draft Bitadze, the 6’11” Center from Georgia.

Lots of questions arose when the pick was made, the Pacers already have Turner and Sabonis already on the roster so why draft a Center that will get limited minutes his rookie year? Pritchard and company couldn’t believe Bitadze fell to them at 18, a top-15 prospect, and projected to go in the lottery, the Pacers took Bitadze with their first-round pick.

As stated Bitadze is a 6’11” Center from Georgia, he has spent his time overseas playing basketball in the EuroLeague. On December 20, 2018, Bitadze was loaned to Montenegrin club Budućnost, which at the time competed in top-tier continental EuroLeague. Over 13 EuroLeague games, Bitadze averaged 12.1 points, 6.4 rebounds and 2.3 blocks per game and claimed EuroLeague Rising Star honors as the best under-22 player in the EuroLeague.

Bitadze’s pro comparison would have to be closest to Jusuf Nurkic, of the Portland Trail Blazers. Both have great size at the Center position, very good post players that can stretch the floor with their shooting. Bitadze is a better shot-blocker and overall better defender than Nurkic coming out, but both are very skilled offensive players.

It will be interesting to see how the Pacers deploy a lineup with Bitadze, and whoever they have out there. Bitadze can stretch the floor like Turner, but he is a better post player than Turner and is more-comfortable in the post. Lineups that featured Turner and Sabonis on the floor netted a 99.6 offensive rating, the team average was 109.9 which was ranked 18th in the NBA. Adding Bitadze to the Pacers might not look great for the offense this year.

With the T.J. Warren trade the Pacers were able to land the 32nd pick in the draft. The Pacers would then flip that 32nd pick for three second-round picks in the future. That still left the Pacers pick 50 overall in the draft, they didn’t like any of the prospects on the board so they traded the pick to the Jazz for an unconditional second round draft pick in 2021, as well as cash considerations. The Pacers made those late-draft trades to clear cap space to re-sign Bogdanovic and Thaddeus Young.

The draft was not over after that trade for the Pacers, they would sign Brian Bowen II to a two-way contract on June 21st. Bowen was a top-15 recruit and a McDonald’s All-American in 2017, but after a few off-the-court issues he went overseas to play for the Sydney Kings, who are part of Australia’s National Basketball League (NBL). In Australia, Bowen averaged 15 minutes per game, with 6.3 points, 3.2 rebounds, and 0.6 assists. Bowen will need to open some eyes at the summer league if he wants to make this roster.