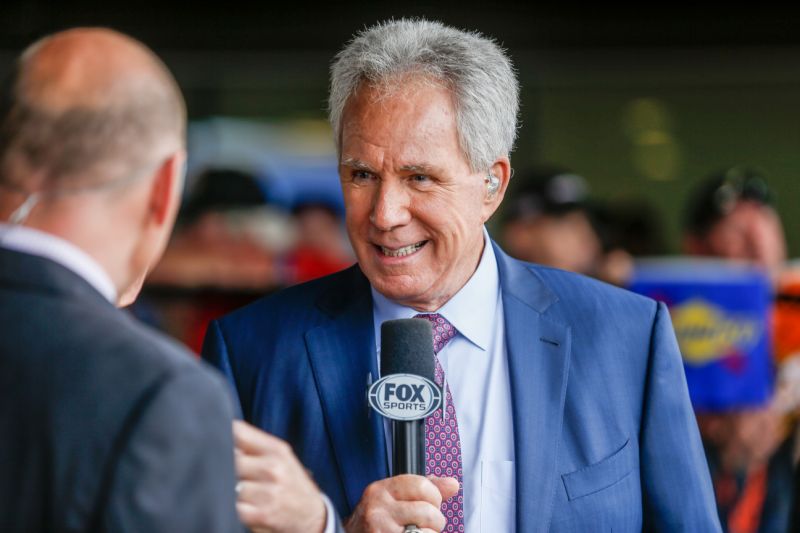 It was announced back in April that NASCAR on Fox analysis Darrell Waltrip would step away from the booth after the Toyota Save Mart 350 at Sonoma Raceway. Because of his time at Fox and in NASCAR, we should remember him as one of the best to ever sit in the Fox Sports Booth. This article will share a bit of his background, his NASCAR career, and end with his career during his years in the booth.

Darrell Waltrip was born in Owensboro, Kentucky starting his racing career in go karts at the age of 12 and four years later, him and his father, Leroy Waltrip would build a 1936 Chevrolet coupe and would head to the dirts later, taking on the best. Waltrip would later get into NASCAR at the age of 25, trying to become one of the greats in the sport against the likes of Dale Earnhardt, Bobby Allison, Cale Yarborough, and the king himself, Richard Petty.

Darrell Waltrip has had an amazing career in NASCAR. Since his first victory coming at the Winston 500 at Talladega Super Speedway Waltrip is fourth on the all-time wins list in the cup series with 84 wins and has won three championships in 1981, 1982, and 1985. He raced in the 10 Tide Chevrolet Montecarlo for Hendrick Motorsports, Junior Johnson in the 11 Pepsi Chevy, his own race team, a brief time with Dale Earnhardt Incorporated (DEI), and in the Kmart/ Route 66 Ford Taurus with Haas/Travis Carter Enterprises. Waltrip was NASCAR most popular driver of the year in 1989 and 1990. In that ‘89 season, he would win the Daytona 500 on fuel mileage with Hendrick. Waltrip has a record of 12 wins at Bristol Motor Speedway, the most wins at the track, second being Dale Earnhardt with nine. Waltrip’s final NASCAR Cup series race would be the 2000 NAPA 500 at Atlanta Motor Speedway where he would finish 34th in for Haas/Travis Carter Enterprises. He would finish 36th in the standings with the small team, only leading five laps during the season. Waltrip would retire, but come back for one more race in 2006. Not for the Cup Series, but now for the Busch series, which is now the Xfinity series. He would win 13 races in the Xfinity series, his first in the Miller Lite 300 at Charlotte Motor Speedway. Darrell Waltrip would make a total of 809 starts over a span of 29 years for the Cup.

In 2000 when he was still driving for Travis Carter, Waltrip would sign a contract to become a broadcaster in 2001 for NASCAR on Fox. He would share the booth with Larry McReynolds and Mike Joy. Sadly, his first race didn’t go as planned for either of them as the 2001 Daytona 500 would be overshadowed by the death of Dale Earnhardt. His brother Michael Waltrip would win the Daytona 500, his first career race, in Dale’s DEI car. The next week, Waltrip would lead the opening ceremony with a prayer out to Dale. Waltrip in later years would then work with Jeff Gordon having a combination of seven championships and combined 177 wins up in the booth together. Waltrip has been an analysis on Fox for 19 years while getting us ready every race day with his good “boogity boogity boogity” call during the drop of the green flag, and now it all comes to an end on Sunday June 23rd at Sonoma Raceway.

Personally, Darrell Waltrip has done an amazing job in his 19 years, but now the NASCAR fan base it seems wants a younger guy in. Waltrip has been criticized the last couple of years along with NASCAR on Fox. This may just be the new generation of fans, but in reality even though he gets criticized a lot now, he is still loved by many in the booth. Not only that, but he still has made a lot more money than the people who criticized him, those being people who sit on their couch with nothing better to do.

It has been an honor listening to Darrell Waltrip all these years up in the Fox Sports Booth. However, it is time for someone else to get a shot after Sonoma and for the start of 2019. Who will replace Darrell Waltrip in the booth? Let us know in the comments section down below.