Why the Bills Will Win the AFC East 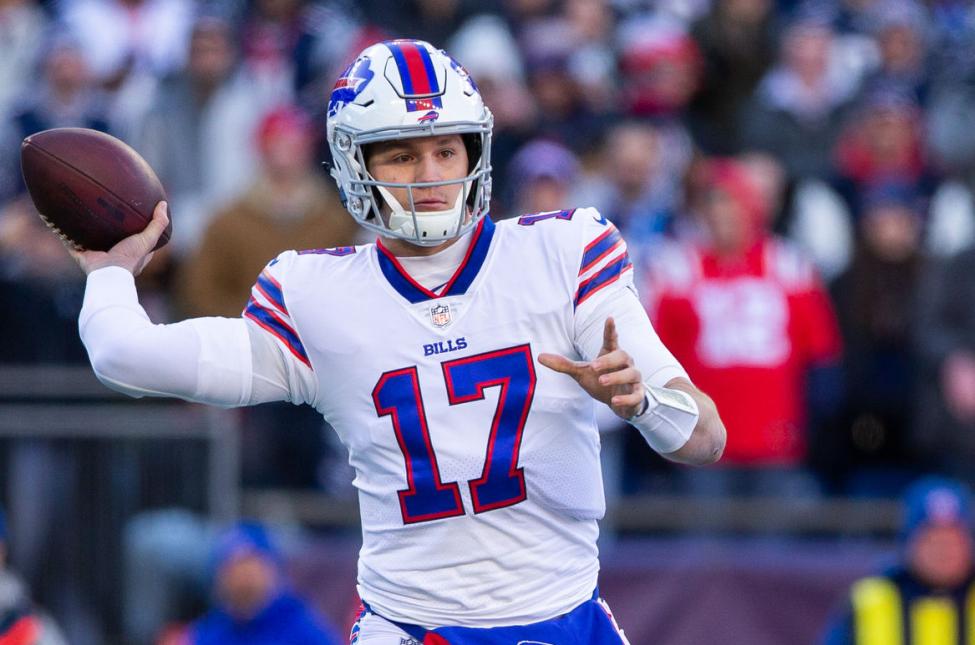 For the past decade, the only name at the top of the standings for the AFC East has been the New England Patriots. Since the year 2000, only three teams not named the Patriots have won the division title. Is this the year the streak is snapped, and will there be a new champion come next January?

In the city of Buffalo, Miami and New York the answer is yes. Hopes are high for the Jets and the Bills as they both believe to have their franchise quarterback, while the Dolphins have started a rebuilding process. Although there are many doubters of the capabilities for Buffalos’ strong armed, speedy young quarterback, I am here to tell you that Josh Allen, as well as the team are on the rise and could be dangerous. Yes, I am a biased Buffalo fan but after watching a struggling team for the past 20 years I can honestly say they are building something special here in Western New York.

Once 4:00 p.m. hit on March 11th, Buffalo Bills GM Brandon Beane wasted no time in rebuilding his team. Throughout the course of the next few weeks in free agency, the Bills would bring in 19 new faces and do complete roster surgery. Now, quantity does not always equal quality, but the Bills did it differently than other teams this year in free agency. They didn’t throw a lot of money at one or two players. Buffalo had the fourth most cap space going into the 2019 free agent frenzy with nearly $80 million to spend on their new roster. They signed some under the radar guys who can really make a difference on the field, and they were cheap.

BOLD PREDICITON: The Buffalo Bills will finish 11-5 and win the AFC East.

Yes, it seems crazy… How can a team that has only made the playoffs once since the turn of the century and finished 6-10 last year beat out one of the greatest dynasties of all time? I’m here to tell you how it is possible and not a dream.

Defense wins championships. Although the NFL is all about high-scoring, fast, long-field action; if a team has a defense that can shut that down, they do not need the flashy, high-flying offense. The Buffalo Bills were ranked second among the entire NFL in yards allowed in 2018, as well as being the best defense against the pass, ranked number one on nfl.com for the regular season.  They weren’t perfect by any means, but after this past offseason, the draft in particular, the Bills could become a major force against NFL offenses. If you look at the defense on paper, you may not see the superstar defensive-lineman or a “quarterback” of the defense at linebacker, yet… With the ninth pick in the NFL draft the Buffalo Bills selected defensive-lineman Ed Oliver, and if you don’t know his name yet, you will. He punishes offensive lines up the middle and got past any double-team thrown at him in college while posting nearly 200 total tackles and 13.5 sacks in just 32 games at the University of Houston as a defensive lineman. If he lives up to his potential, it could be huge in opening up holes for DE Jerry Hughes, or even LB Tremaine Edmunds who is entering his sophomore season for the Bills at linebacker. With some key offseason acquisitions on defense, like two possible starting cornerbacks in E.J Gains and Kevin Johnson, not to mention adding more depth in the draft on defense, as well as LB Matt Milano coming back off an injury who was just starting to become a serious presence on that already strong defense. The Bills defense could wreak havoc on AFC East quarterbacks and surprise a lot of people.

The biggest question for the Bills this season is the play of their young quarterback in Josh Allen. The big-arm, speedy quarterback showed a lot of promise in his rookie year, but also has a lot of question marks coming into this year. One of his biggest problems last season which was out of his control was the guys protecting him on the offensive line. The Bills O-Line was ranked as arguably the worst in the NFL according to Pro Football Focus. It’s hard to have a good rookie season when you have to constantly run for your life like Allen did, and that is why he led the entire Bills offense in rushing with over 600 yards. After this past offseason, the Bills have a new look and new men up front to protect their quarterback. Brandon Beane made it his mission to rebuild the line, as he signed six new offensive linemen in free agency and also had a steal in the draft, taking Cody Ford in the second round of the NFL draft. The Bills made Mitch Morse the third highest paid center in the league to replace their retired center Eric Wood, as well as many veterans who can be plugged in and start for the Bills this year. The line is brand new, and looks like it can finally hold its own to protect their franchise quarterback. The biggest concern for Allen coming out of college was his accuracy, so the Bills coaching staff will make that a priority this offseason. Allen’s quarterback rating of 52.2 puts him in the middle of the pack for NFL quarterbacks last year, but his leadership skills are what shined for him. Teammates have raved about his leadership qualities, and it showed on the field with Allen leading the Bills on three game-winning drives and giving a glimpse to Bills fans what is to come.

The Bills offense has been statistically one of the worst offenses in the league, averaging only 16.8 points per game, ranked 30th out 32 teams in the NFL according to espn.com. Buffalo front office knows they got their quarterback and now they want to build around him to give him every chance to succeed. Nine new weapons were brought in for Josh Allen, including the speedy wide-receiver Cole Beasley and deep-threat John Brown. They will add much needed talent in the receivers’ room as they hope to finally find a receiver who can consistently eclipse the 1,000-yard mark. Brown and Beasley both have over 3,000 career receiving yards, including Brown having a 1,000-yard season back in 2015. Pro-Bowl wide-receiver and kick-returner Andre Roberts was also brought on with a two-year contract to add some depth and speed for Josh Allen to use. Along with a new receiving core, the Bills added some veteran help with future Hall-of-Fame running back Frank Gore to go along with LeSean McCoy who have over 25,000 career rushing yards together. Gore may not be in his prime at age 36, but he is still a threat in the passing game and a strong runner in the trenches. The Bills hope that they hit on another draft pick, trading up to take the athletic tight-end Dawson Knox out of Ole Miss in the third round. Like I said, quantity does not equal quality, it all depends on how Josh Allen can connect with the new additions and build off of the ones he already has going into his sophomore season.

Obviously, I’m a biased Bills fan who is always positive about their future but I usually have my hopes and dreams crushed by Tom Brady and Bill Belichick. That is why Buffalo needs a little luck on their side to succeed in the NFL. The schedule makers were kind to the Bills this year giving them some of the easier matchups, facing 11 teams who did not make the playoffs last year. Luck has not been on their side though, as everyone knows about “wide-right” and four straight Super Bowl losses, but that is all in the past and Bills fans finally have something to be excited about with this team. It’s also exciting to think about Father Time catching up to Tom Brady and forcing him to retire and blow open the AFC East for a new champion to be crowned.