Nick Kingham DFA’d by Pirates; Traded to the Blue Jays 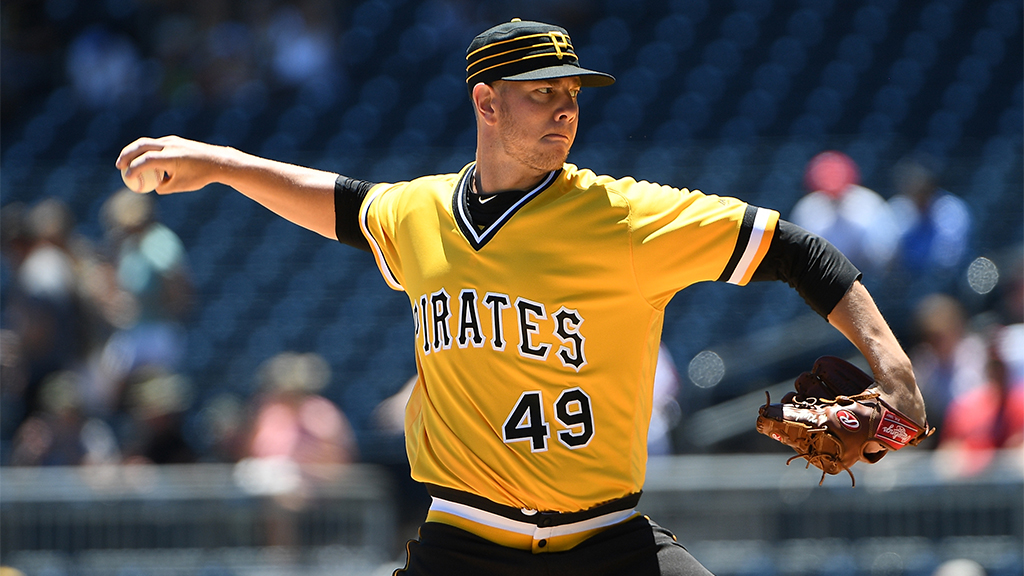 On Thursday afternoon, Nick Kingham, former Pittsburgh Pirates pitcher was traded to the Toronto Blue Jays for cash considerations after being designated for assignment. Kingham was having a very ugly year in the Steel City, he finished up his 2019 season in Pittsburgh with a 9.87 ERA in 34.2 innings. A polar opposite of his stellar seven inning perfect game in his major league debut in Pittsburgh or in general his ten year career in the Pirates organization.

Toronto has been in rebuild for a few seasons now, so they probably are looking for a guy like Nick Kingham who they plan on signing for relatively cheap to help in the rebuilding process. He has always been a pretty good pitcher; this just isn’t his year. With Kingham, you sign a pitcher who is very stern on the mound, and kind of bull-headed meaning that he may not be in the best mood during a mound visit, or in game situations. A few times it seemed as if when the pitching coach, Ray Searage came out to talk, Kingham would blatantly tune him out. I think that is just his hard nosed playing style kicking in though, not him being rude or anything.

This may just be what Kingham needs to spark a fire back up in him, a new team and a fresh start. With bringing Kingham to Toronto, they get a pitcher that can both start and relieve. The Pirates used him in both situations this year alone. I expect a turnaround from him because he went to a new team that traded for him, so the Blue Jays obviously believe in him to help them win games.

“Words can’t express how thankful I am for the entire Pirates organization. They gave me the opportunity to live out my dream and for that, I am forever grateful. It was a 10-year run with Pittsburgh with many ups and downs. Thank you to all the fans that were on their feet during my debut, that is something I’ll remember forever.

To all my teammates and coaches that helped me along the way, we became more like friends and family, rather than coworkers. I will miss all of you.