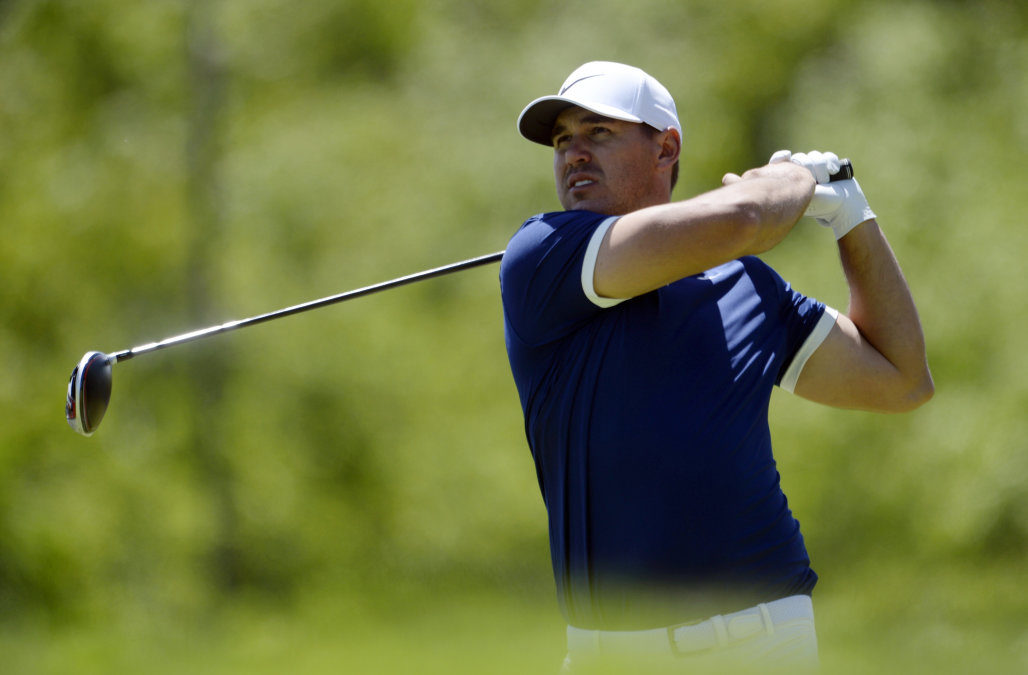 My name is Mookie Bets and I’m addi….Oh wait, this isn’t gamblers anonymous. Anyway, I’m Mookie Bets, the less athletic, but more degenerate version of the Red Sox starting right fielder, and I’m here to enlighten you about the world of sports gambling.

So, sports betting. When I was 16, I started throwing $5 bets on college basketball with my high school bookie and never looked back. From there, I found out that my bread and butter is the NFL, but I’ve been known to dabble with every sport known to man. Just last week, I won money on the Fremantle Dockers +34.5 in the Australian Football League at 2am, so yeah, there isn’t a sport in the world I won’t bet. That being said, golf is one of my favorite sports to cap.

Betting golf is like throwing darts. You have a general idea of where the dart is going to end up, but you can’t predict what idiot will step in front of your toss and eat a dart to the face. Therefore, we throw multiple darts at the board for insurance.

This is simple logic. Koepka is on one of the most historical runs in PGA history, winning 4 out of the last 8 majors he’s played in (including a 2nd place finish at The Masters), and therefore is a must bet in every tournament from here on out. Vegas has Koepka as the favorite at +900 (along with DJ and Rory), which is a massive return for a golfer that’s hotter than the sun itself, so this isn’t even analysis, it’s logic. Ride Koepka for 2 units. 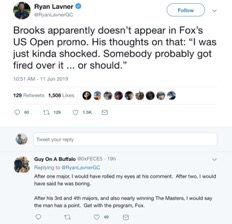 Side Note: The above was tweeted out Tuesday. Now Brooks has some added motivation and I’m salivating at the idea of him taking one home at Pebble Beach. Go for the neck, Brooks.

I too was wondering who this guy was every time he cracked the top 10 at a PGA tournament in the past two months. Patrick Cantlay, a 27 year old cali-boy out of UCLA, found himself with the 5th best odds to win Pebble Beach this weekend and for good reason. Cantlay finished 9th in the Masters, 3rd in the PGA Championship, 1st in the Nationwide Memorial, and 3rd this past weekend at the Candian Open. That is an absurd amount of high profile finishes in a short amount of time, which makes Cantlay a perfect candidate for DFS lineups and future bets at Pebble.

+1800 is insane value on a guy who looks like he will at least crack the top ten. Ride Cantlay for one unit to make your fathers day wildly more interesting.

I’m a huge JT guy. He hasn’t been on golf’s radar in a little while due to a wrist injury, but the Alabama alum is back and ready to roll this weekend at Pebble Beach. A wrist injury plays a huge factor in golf, but JT played solid in his return last weekend going 7 under at the Candian Open. Finishing tied for 20th isn’t a sexy finish, but it shows Thomas is shaking off the rust, and that his wrist is healed enough to compete. It would be a long shot for Thomas to win the U.S. Open, but at +2800 I’ll be throwing half-a-dart and praying for a phenomenal weekend out of JT. Roll Tide Roll.

Alright everyone, those are the picks. Get your futures in now because the tournament tees off tomorrow morning.