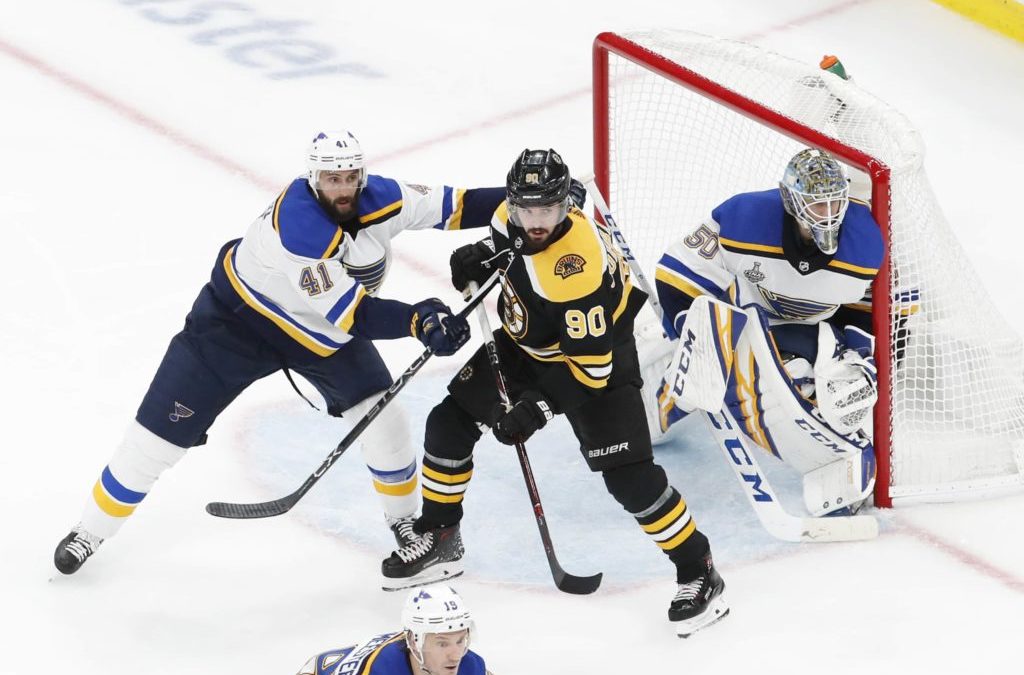 Game seven, Stanley Cup Final, winner takes all. It doesn’t get any better than this. It also does not happen very often. Tomorrow’s game will only be the 17th time a Stanley Cup Final has gone to a seventh deciding game.

The Boston Bruins will be coming into the game on a high after dominating game six in enemy territory. Now the St. Louis Blues will have to regroup quickly and tighten up their defense and goaltending to win their first championship.

So, who has the edge heading into the final deciding game? Let’s look at the experience in game sevens: 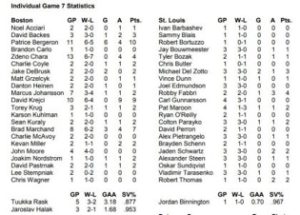 As you can see from the above screenshot, Bergeron leads the way with ten points in game sevens. Marchand is not far behind with seven points. Their top players clearly come to play when the lights shine the brightest.

As for the Blues, don’t count them out. They have been proving people wrong all through the regular season and playoffs. Their goaltender has also been quite the story. Jordan Binnington, seemingly came out of nowhere and has been stealing the show ever since taking over the crease in January. He is also 6-2 following a loss. So, if I was a betting man, I would bet that he will have a good game.

Experience may be against the Blues, but they still have recent success on their side as they won a game seven to get to the Western Conference Finals. Binnington also performed well in that game stopping 29 of 30 shots to claim the victory. If he can do that again, the Blues will win their first Stanley Cup.

The Bruins will win if…

The Blues will win if…

Despite the overwhelming experience and poise on the Bruins side, I believe the Blues will win this game. They are a hardworking and resilient bunch, who has shown time and again the ability to bounce back from a loss. Binnington will have to be solid and go save for save with Rask, as it will be another tight game. Even with the odds against them, the St. Louis Blues will win their first Stanley Cup. Jaden Schwartz will score the game-winner as Gloria! will play loud in St. Louis deep into the night.

**All stats from Hockey-Reference.com