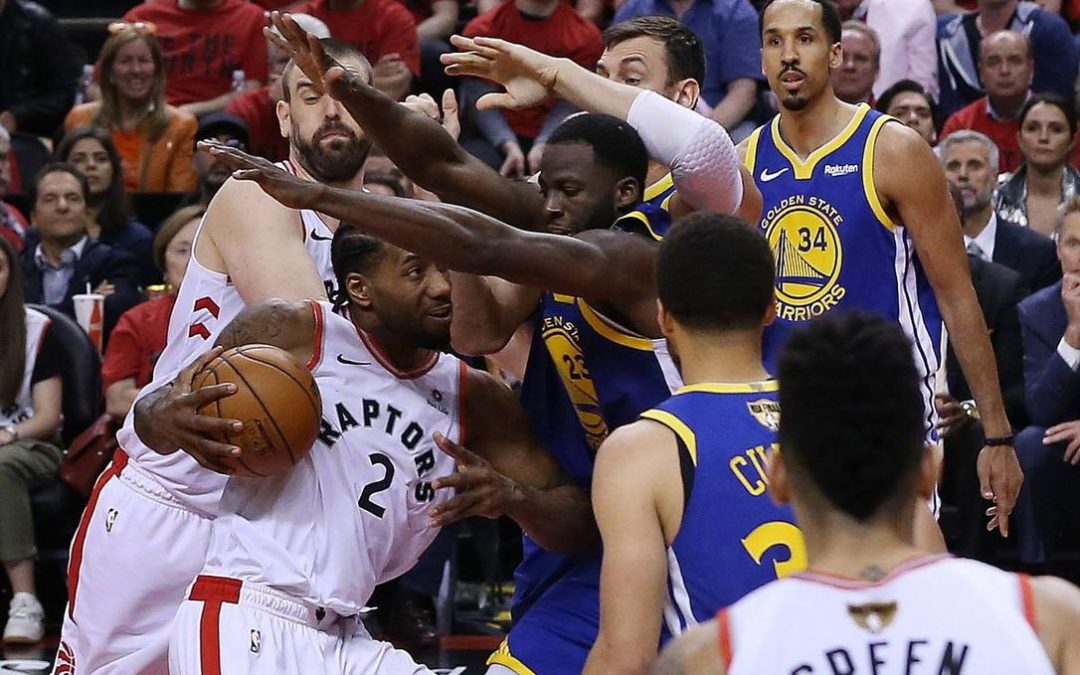 The great philosopher, Drake once told us in Too Good that “it can’t end like this.” For years we thought that this line was referring to a relationship that had gone wary for Drake, a woman that broke his heart. But we were all wrong. Drake knew it, he could feel it. Three years ago, Drake sensed something. Like a bad omen or a nervous twitch. When he closed his eyes he saw him, bleach blonde hair and one of the most intimidating figures that he had ever known. Drake predicted this. He knew that his own Toronto Raptors would have to come up against this insurmountable foe. This villain resided in The Bay and would bring an end to all the good that had been accomplished in the Six. As the NBA Finals reaches its zenith, the villain that terrorized Drakodamus’ mind three years ago is finally here. He is inevitable, he is all-powerful, and in his land, the House Warriors of Golden State will crush the Raptors of Toronto. Ladies and Gentlemen, Guy Fieri would like to welcome Game 3 of the NBA Finals to Flavortown. 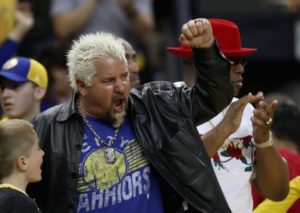 The NBA Finals will probably be decided in the next two games. The Raptors had every opportunity in the world to take a 2-0 lead against a Warriors team that has struggled with injury, but the Warriors found redemption from the bench and role players that have made their franchise a true dynasty. So where do we go from here? Let’s look at a 5 on 5. 5 things for Basketball Fans to look for in Game 3 and 5 things for the casual fan to be aware of.

The Five Most Important basketball things to watch for in Game 3:

Reporter: Kawhi, what did the Warriors do that gave you the most trouble in the game?

Kawhi: They scored more baskets than we did.

Reporter: Kawhi, did the long travel to Oakland have any effect on the way your team played tonight?

Kawhi: No, you don’t ride in airplanes during a game.

Game 3 of the NBA Finals will have something for everybody, so make sure to tune into the game. Fergie comes out and sings the National Anthem which throws Draymond off of his game early. With Klay and KD out, the Raptors get off to a quick start and have the Warriors down by 7 at half time. The Bench players spark a run for the Warriors that get the game tied going into the 4th. With the game tied at 103 in the 4th quarter, the flames on Guy Fieri’s shirt become real and ignite the crowd at Oracle. The Warriors play with emotion while Kawhi frowns one time down the court. With ten seconds left, Steph Curry fires up a three that bounces high off the rim and is tipped in by Andrew Bogut. Drake records a new album on heartbreak and Kevin Durant rips off his hoodie to reveal a New York Knicks jersey as the Warriors take care of business.