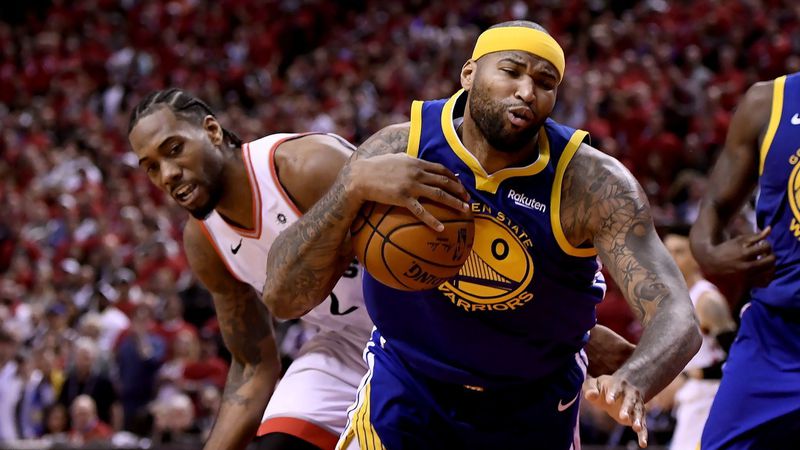 “Hello, Mr. President, this is Demarcus Cousins.” Nine years ago DeMarcus Cousins uttered these words into a telephone in a media room in South Carolina. The University of Kentucky Wildcats had just raised almost 600 thousand dollars to send to Haiti after the island was devastated by a large earthquake. The Wildcats held a telethon in which John Calipari and his team were front and center answering the phones and taking up money for the people that had lost their homes and loved ones.  The player that seemed the most active in that effort? DeMarcus Cousins. You could see it, DeMarcus was answering phones, holding babies, and being the loveable, caring person that he truly is. Later that year, President Barack Obama called the team to congratulate them on their efforts and DeMarcus graced us with the awesome line from above. DeMarcus was innocent, caring, and a fan favorite for Kentucky fans, but you wouldn’t know that because that wasn’t what the media decided he was.

DeMarcus came to Kentucky from LeFlore in Mobile, Alabama. He had the reputation coming in for being an uber-talented big that played with a lot of emotion. His commitment to Kentucky along with Wall and Bledsoe brought back an era of significance for the Kentucky program that had stumbled along through the early parts of the 2000s. And as soon as DeMarcus stepped onto campus in Lexington, he was a star. I’ve been around most of the Kentucky teams, have had interactions with most of the players, but have never seen a player ingratiate himself into the fan base quite like DeMarcus. He signed autographs for the fans, hung out with them as they set up tents for Big Blue Madness tickets, and always treated them fantastically. He also brought some of the greatest moments ever on the court as well.

Before a conference game against Mississippi State, an opposing fan had gotten DeMarcus’ phone number and had solicited him all week leading up to the game. How did DeMarcus respond? By putting up 19 points, 14 rebounds and then holding his hand up to his ear and telling the Starkville fans to “call me.” During the SEC Championship game, once again facing Mississippi State the Cats were down by three at the end of the game with little time remaining. Eric Bledsoe made his first free throw and intentionally missed his second one. The ball was kicked out to John Wall who then proceeded to airball a shot that fell right into Demarcus’ hands as he put it up and in as time ran out to send the game to OT, a game which would end in a Cats victory. Those moments were who DeMarcus was, a guy who loved the fans off the court, and played every possession like it was his last on the court. But all wasn’t a joy for DeMarcus during that first season, the poison from the media began to spew even from his earliest days.

The media that surrounded DeMarcus always seemed to want to find the worst in him. DeMarcus was a guy who told it like it was, and most of the media didn’t see the same endearing qualities from him that the fans had seen. On January 30, 2010, popular Fox Sports personality, Clay Travis, tweeted out: “There is a 100% chance that DeMarcus Cousins is arrested for something in the next five years. 100%. Write it in stone.” And he wasn’t the only one. Media members all across the league began to decide DeMarcus’ reputation for him, as a guy who was hard to get along with, a bad teammate, and a cancer to the locker room. All the while, DeMarcus was putting up significant stats for the Sacramento Kings and becoming a loveable member of that community in California. 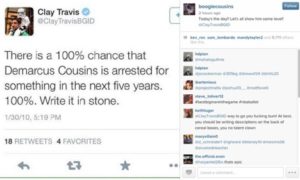 Outside of all the negative press, Cousins would become one of the most caring members of each community that he was apart of. Cousins began a tradition of being “Santa Cuz.” Each year, Cousins would take youth from the community he was involved with and give them $200 to go on a shopping spree for Christmas. He is also famous for hosting a comedy event that would raise money for charities. These things are a testament to who DeMarcus is, not the guy he was portrayed to be those that knew him from afar. 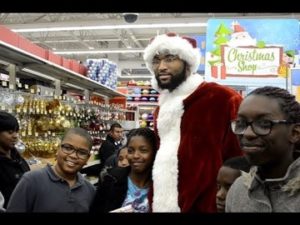 At the beginning of the 2019 season, fresh off of a torn Achilles injury, DeMarcus Cousins shocked the world by choosing to sign with the Golden State Warriors for the mid-level exception. This was a move that surprised everybody, but allowed DeMarcus to get in real rehab and have an opportunity to play for a team that had a chance to win a championship. The media began to tell us all about how the fit would never work, and how DeMarcus had taken the easy way out. But once again, they said these things and never knew DeMarcus. They had decided what he was, what he was going to be, and couldn’t wait for the moment to take him down. DeMarcus sat out a majority of the season rehabbing and then returned at the beginning of the new year. He slowly began to get his confidence and physicality back before tearing his quad in the first round against the Clippers. It seemed as if once again DeMarcus would come up short and those that counted him out would get the last laugh again.

Cousins began the NBA Finals being listed as questionable on all of the injury reports.  Not even Steve Kerr knew if Cousins would be able to make it back to play, and even if he did it would be in limited minutes. In Game 1, DeMarcus played a small amount, but seemed out of sorts. An Achilles and quad tear are tough things to come back from, and DeMarcus seemed to still be struggling to find his conditioning. The Warriors lost a tough game to the Raptors and the talking heads began their chorus again. The media told us how Cousins had messed up the Warriors chemistry, how he was not the same, and how he would never be the player again he once was. They called for Kerr to sit out Cousins for Game 2 and maybe for the rest of the series, but Kerr decided against that notion. And in Game 2, Cousins finally got his moment. Cousins played 28 minutes for the Warriors in a winning effort, posting a stat line of 11 points, 10 rebounds, and 6 assists. DeMarcus once again proved the naysayers wrong and got the moment he so rightfully deserved.

DeMarcus Cousins will always be an enigmatic figure. Some people will refuse to like him no matter what he does. But to those that know him and have been around him, they know the truth. DeMarcus is a passionate, loving, and caring individual. Time and time again people have made up their minds about him without ever seeing the things that he does for those around him. People choose to watch one game and decide who he is instead of listening to how he bought toys for children or brought hamburgers to campers at a Big Blue Madness event (I was one of the ones thankful for that hamburger). But as these NBA Finals continue, and DeMarcus Cousins continues to get healthy, I ask you one thing: please give him a chance. Root him on because of what he has overcome and the things that he has done. Cheer for him because of those that he has helped out and for what he has given. Don’t drink the venom that all of those around the league try to stir up. Give him a chance, and I promise you won’t be disappointed.