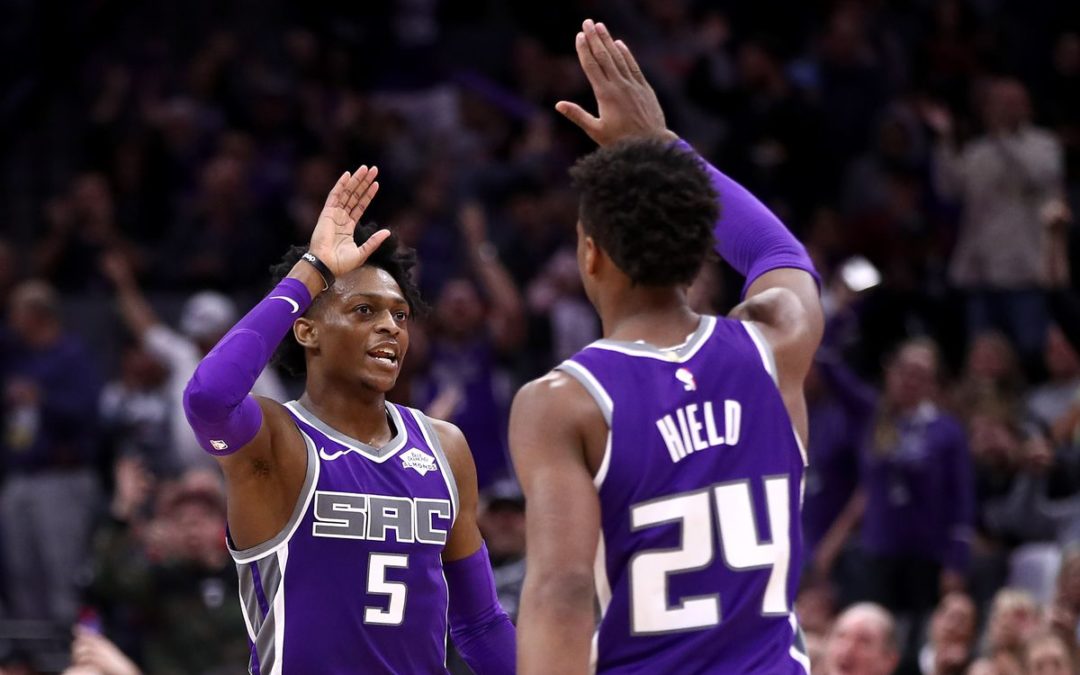 The Kings haven’t made the playoffs since 2006. It is currently the longest playoff drought in the NBA. 13 seasons of coaching changes, lottery picks, and false hope from the likes of Kevin Martin, Tyreke Evans, and DeMarcus Cousins. But after long suffering and rebuilding for over a decade, the time has finally come. The Kings are now a team the league needs to take seriously.

The turnaround for the Kings started when Vlade Divac was promoted to general manager in August of 2015 after serving just four months as the Kings Vice President of Basketball and Franchise Operations. His work as general manager of a struggling team in the gruesome Western Conference is starting to take form. His biggest move so far was trading away franchise centerpiece DeMarcus Cousins in February of 2017. In return, Sacramento acquired former Rookie of the Year and Kings guard Tyreke Evans, 2016 6th overall pick Buddy Hield, Langston Galloway, and a 1st and 2nd round pick in 2017 from the Pelicans. This was quite a haul for Cousins but did not go over well initially with Kings fans. Despite the frustration from the fans, this trade ended up doing wonders for the Kings in the long run.

In the 2017 NBA Draft, the Kings drafted De’Aaron Fox with the 5th overall pick, pairing him in the backcourt with newly acquired Buddy Hield. In the last draft, the Kings drafted Marvin Bagley III with the 2nd pick. This made for a very well-rounded young core. In addition to these draft picks, they also landed a young wing player in Bogdan Bogdanovic and former champion Harrison Barnes in separate deals.

Vlade Divac has proven he has what it takes to build a successful young team. He has done it the old-fashioned way, by growing the young players he drafted and trading old talent for new. De’Aaron Fox had a breakout sophomore season with the team, increasing his per game averages in almost every category. His three-point shooting was a concern coming out of college, but he has since improved on his biggest weakness, improving his three-point percentage from 30% during his rookie season to 37% this past year. He is already one of the quickest players in the NBA and his passing vision is top tier. He has the explosiveness of Russell Westbrook and is one of the toughest players to defend in transition. Not to mention Fox is only 21 years old, coming off of his 2nd season in the league. If he continues to develop his jump shot and make it a consistent weapon, he could become one of the best point guards in the NBA.

Buddy Hield and Marvin Bagley are two other young players that make for a great supporting cast around the young leader De’Aaron Fox. Hield just finished up his 3rd season in the NBA, leading the Kings in scoring and three-point percentage. His ability to get hot from deep and shoot high percentage shots at a high volume is essential to his and the team’s success. Although he has only been in the league for three seasons, he is considered an older player on this young Kings roster. Currently 26 years old, he was drafted out of Oklahoma as a senior at the age of 24. Although a bit older than most three-year players, he still continues to grow as one of the best young wing players in the NBA. He has improved his scoring, shooting rebounding and playmaking every year since being drafted.

Marvin Bagley III is another promising player for Sacramento. Drafted 2nd overall in last year’s draft, Bagley has been tasked with leading the frontcourt for years to come. Even though he only started 4 of the 62 games he played this season, he managed to be the teams 3rd leading scorer at 15 points per game. Bagley is the perfect counterpart to De’Aaron Fox. His ability to set screens and either roll or pop is essential to their offense. He can shoot a mid-range jump shot just as well as he can roll and finish at the rim. Being that Fox is an exceptional floor general, it makes it much easier for him to make decisions considering how skilled Bagley is.

With the young core of De’Aaron Fox, Buddy Hield and Marvin Bagley III in place, the Kings have a very bright future. They finished the season one spot outside of the Western Conference Playoffs. Led by 21-year-old De’Aaron Fox, the Kings exceeded their critics expectations. As the young players continue to grow and develop, the NBA should keep a close eye on the Sacramento Kings. They are next up.