No Space for Megan Gustafson 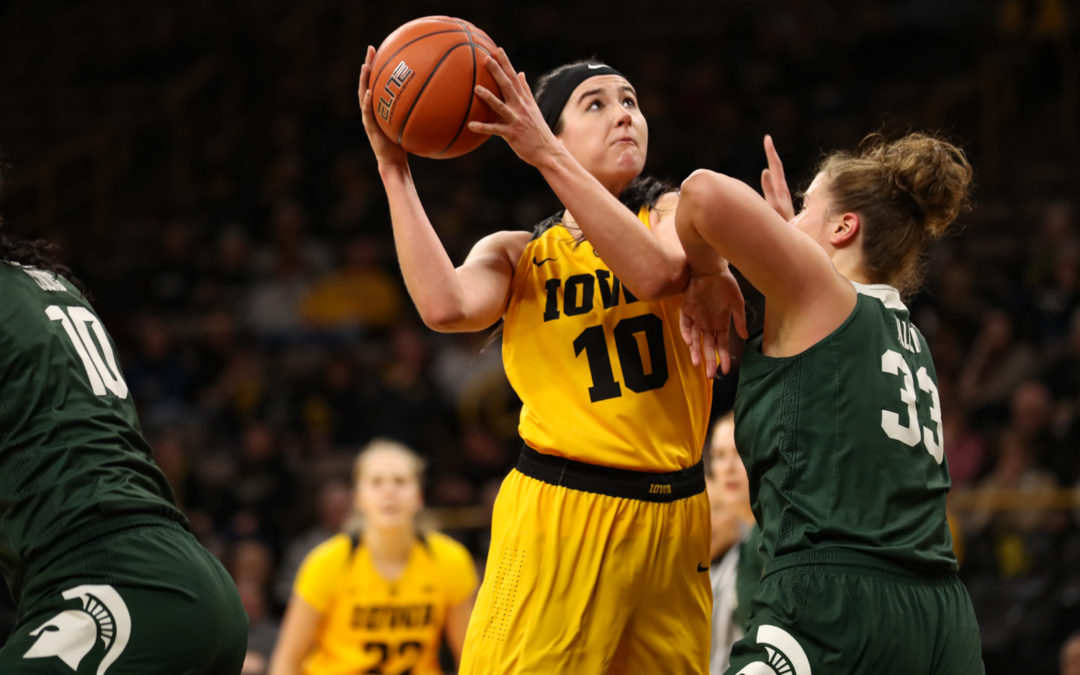 There are several battles that the WNBA are fighting: expansion, support, media attention, and an increase in pay. Although, players who aren’t even in the WNBA are still part of this fight. For example, Megan Gustafson.

There’s not enough space for the No.17 pick in the WNBA draft. But with her resume, what more can she even do? Gustafson had a collegiate career that will be in the record books for a very long time.

Here are some of her national awards:

But here are some things that you didn’t know about Megan Gustafson. She ranked top five nationally in eight categories: double-doubles (33), points per game (27.8), field goal percentage (70.1), field goals made (383), rebounds (481), rebounds per game (13.4), defensive rebounds per game (10.6), and total points (1,001). All of these stats made her a beast in the Big Ten Conference. She was a two-time Big Ten Player of the Year, 2019 Big Ten Tournament Most Outstanding Player, Big Ten all-time leading rebounder, Big Ten record holder of 23 career player of the week awards, and Big Ten record holder for 13 Big Ten player of the week honors in one season.

Yet all of these accolades weren’t enough to keep her in the league. There’s just not enough space on WNBA rosters to financially hold many players. The WNBA is desperate for expansion to bring more stars into the league.

But this hasn’t stopped her basketball career. The Basketball Tournament accepted Gustafson into their competition. The Basketball Tournament is a tournament full of current and ex-professional players from all nations, competing for a $2 million grand prize. Gustafson will play for the Iowa United, which is comprised of alumni from D1 schools in Iowa, such as Marcus Fizer, Peter Jok, and Wes Washpun. Megan Gustafson will be the first active professional woman in the tournament.