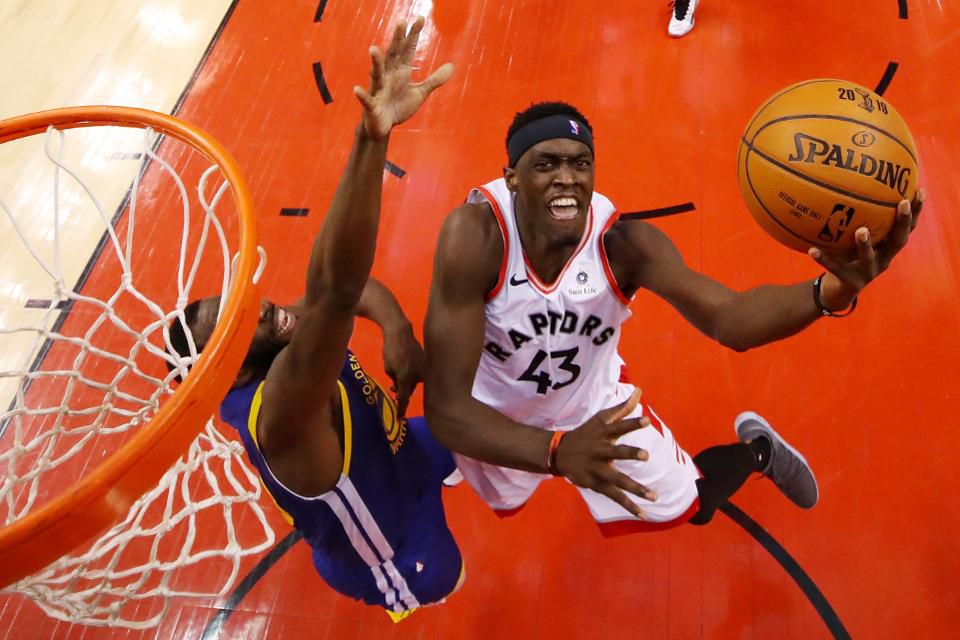 Hey there sports fans! For those of you who don’t know me, my name is Monique and I am a self-proclaimed sports fanatic from Toronto writing her first ever published article! Each week i’ll be writing a summary about my favorite sports moments of the week, especially a lot from my personal favorite sports teams. With that being said, let’s get started with a team that’s near and dear to my heart…

NBA: A Touch of Spice

Being a Toronto native, the city right now is lit up with the Raptors making it to the NBA finals for the first time in franchise history! The Raptors played a phenomenal first game against the Golden State Warriors, with Pascal Siakam scoring his playoff career-high 32 points, 8 rebounds, 5 assists, and 2 blocks while shooting 82% from the field.

“Well, Siakam was brilliant, he was hitting shots from everywhere.” – Steve Kerr. The Golden State Warriors’ head coach was spot on about Spicy P, and there was one moment when Siakam had a monster block against Draymond Green on a lay-up. The crowd (my family and me included) went wild, and the whole city of Toronto united as one.

(Warning: You will see a fair amount of LA Dodgers and Toronto Blue Jays news! Now back to the article.) On Monday, May 27th, the Los Angeles Dodgers opened up their series against the New York Mets, where they dominated the east coast team 9-5. Former Blue Jays’ catcher and current Dodgers’ catcher, Russell Martin, displayed exceptional defense! With the help of Pederson, Seager, and Bellinger, the catcher got not only one player out at home plate, he got TWO players out at home, denying them of any chance of scoring two addition runs during the first two innings! Those two plays got all the fans on their feet in a game that would end up being a great night for Dodger fans.

UFC Fight Night 153 was held on Sunday, June 1st in Stockholm, Sweden inside the Ericsson Globe Arena…boy was it a night full of surprises for all! There were several moments that stood out to me as I watched the fights, the first being during a preliminary fight, when Lightweight Leonardo Santos delivering a nasty knock out punch to his opponent: Stevie Ray. After missing on a spinning leg kick, Ray tried to find his composure, moving forward trying to land a few punches but got caught by Santos’ powerful right hand punch that would send him into dreamland.

It was hard just to choose just one moment during this fight card, especially with the return of light heavyweight prospect: Aleksandar Rakic. The main card prospect finished his opponent: Jimi Manuwa in one of the cleanest knockouts I’ve seen to date! Rakic delivered a classic one-two combination punch leading up to an amazing kick to the face that sent Manuwa to sleep.

Although moments in this fight card were amazing to watch, light heavyweight veteran: Alexander Gustafsson, who was the main event in this card decided to hang up the gloves and call it quits on MMA. A very sad moment for “The Mauler” fans everywhere, we appreciate the moments you’ve given us and will always remember you as one of the light heavyweight greats!

Hope you all enjoyed my first article! I’m always open to constructive criticism so feel free to leave a comment! See you all next week for more memorable sports moments!