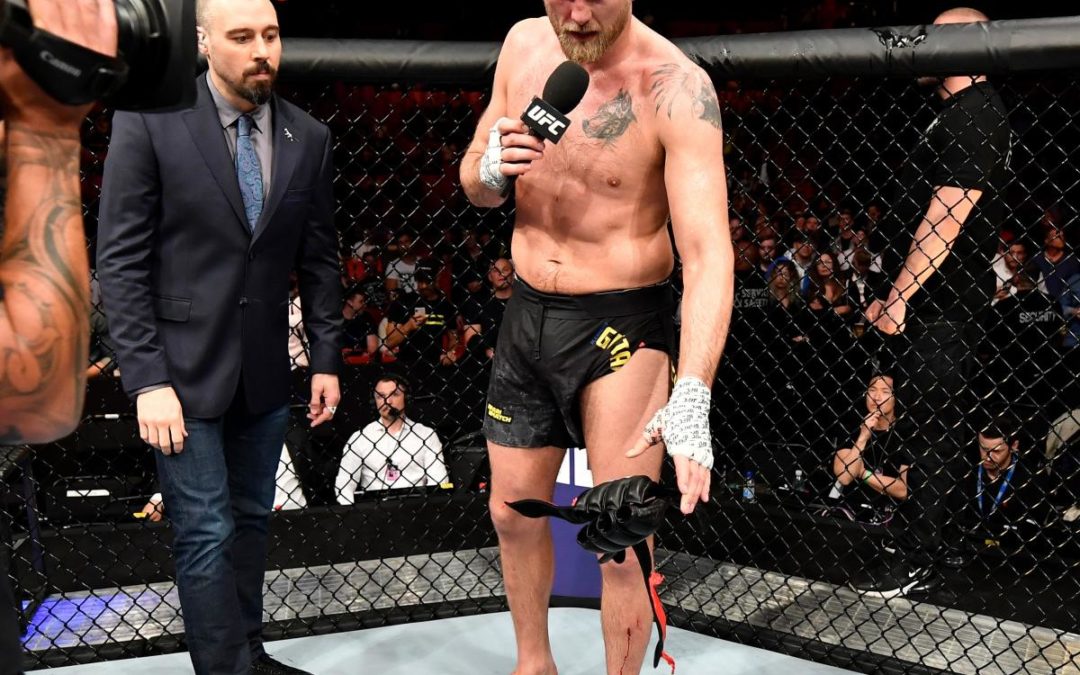 The main event of UFC Stockholm was both exhilarating and somber. Anthony Smith (32-14) would sink in a rear naked choke against hometown favorite Alexander Gustafsson. The finish even managed to silence the crowd at the Ericsson Globe arena who couldn’t believe their native Swede had just been beat for the second time on his home turf.

The fight was not without its moments for both fighters as they hit each other with some hard shots early on. Late in the third-round Gustafsson even landed a takedown that all but sealed the round for himself.

Going into the fourth, neither fighter seemed to truly have the upper hand in the closely contested headliner. Halfway through the round Gustafsson went for a takedown only to be sidestepped. Smith grabbed ahold of the number 2 contender and drug him to the mat.

Smith began to wear down his opponent with elbows. “The Mauler” struggled to get up but was eventually flattened. Smith would proceed to wrap his arms around his opponent’s neck for the submission win. While the “Performance of the Night” win for “Lionheart” was an exciting one, MMA fans would soon be saddened.

In typical Smith fashion, he gave a humble and classy post-fight interview. Saying of his opponent, “It’s kind of a crappy deal, one of us has to win and of course I want it to be me. But there’s part of me that’s sad for him.” Smith continued, “he’s one of the best light heavyweights on the g*****n planet. It just sucks that we had to meet up.”

UFC commentator Dan Hardy made his way to interview a visibly disappointed Gustafsson. “It happened again. I lost in my own home. But it’s a sport. You do it because you love it, and it is what it is. Lionheart Anthony Smith here, he’s a f**king beast man. He’s tough as nails and a great guy.”

Following some more praise of his fellow light heavyweight contender, Gustafsson turned to the crowd. “I just want to thank you all for coming out here tonight. And to support all of the fighters here.”

The most disheartening of moments came as Gustafsson was staring at his gloves. “What can I say?” He grabbed the mic from Hardy and said, “the show is over guys.” He dropped his gloves into the octagon, signalling that this was the end of the road for him.

He would later confirm his retirement in the post-fight press conference. The three-time title challenger leaves behind a fantastic legacy and an 18-6 record. He went to war with Jon Jones and Daniel Cormier over the championship in some of the greatest title fights in UFC history. He also ends his career on a very close main event fight in front of his hometown fans, friends and family.

I think I speak for every MMA fan when I say, thank you Alexander Gustafsson.