The Raptors’ Road To A Trophy 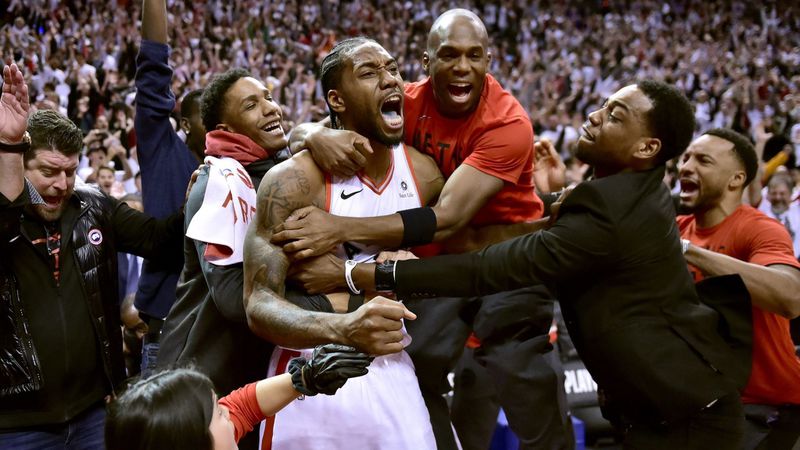 This is a very interesting NBA Finals, to say the least. The Raptors are Eastern Conference champions for the first time in team history after getting Kawhi Leonard in the offseason, which was a steal for them as made apparent now. The Golden State Warriors are in a position to potentially “three-peat” and will be asked to try and do so without Kevin Durant for the time being. Before KD went down, he was the best overall player in the playoffs, carrying his team when Curry was ice cold for a few game stretch. In 11 games, Durant averaged 34.2 ppg, on 51% FG, 42% 3 PT, 90% FT along with 5.2 rpg, 4.9 apg, 1.2 spg, and one block per game. Although that’s a huge contribution to lose, Golden State still has Steph Curry, Klay Thompson and a very motivated Draymond Green, so they still have many capable weapons to lean on. This is an already deep roster and at the perfect time for them, DeMarcus Cousins is back for this series.

Can Kawhi and company overcome this star studded team? Can they be the ones to end the NBA’s most recent dynasty? Other than Durant pre-injury, Leonard has undoubtably been the best player in these playoffs. In 18 games, he has averaged 31.2 ppg, on 51% FG, 39% 3PT, 88% FT along with 8.8 rpg, 3.8 apg, 1.6 spg, and half a block per game. On top of consistent numbers across the board, Kawhi Leonard had one of the most dramatic and exciting game-winning shots in NBA history. On his 39th shot of the game, he pulled off the good ol’ quadruple bouncer in game 7 at home against the 76ers to advance to the Eastern Conference Finals, talk about dramatic! Leonard single-handedly took over that series and put the entire city of Toronto on his back.

He then went on to win the duel against Giannis Antetokounmpo and a less experienced, but deep Bucks team. In 15 playoff games, Giannis had averaged 25.5 ppg, on 49% FG, 33% 3 PT, and 64% FT, 12.2 rpg along with 4.9 apg, 1.2 spg, and 2 blocks per game! There were some fluky things that happened in this series like Van Fleet going 7-9 from 3 PT land in Game 5 and the double OT win for Toronto in which Giannis only scored 12 points. All in all, the bench stepped up to support Kawhi while the Bucks players not named Giannis were less consistent. When the Raptors double and triple teamed Giannis, Mirotic shot 19% from 3 PT, Bledsoe 17% and Lopez, 31%).

The almost automatic Golden State shooters most likely won’t fall flat like Milwaukee’s did, so Kawhi will need to continue his dominant play and may even need to take it to another level. Durant could potentially return to play hero if this series goes further than 5 games. In order to get to that point, Toronto must stop Steph Curry who is averaging 27.3 ppg, on 45% FG, 39% 3 PT, 94% FT along with 6.3 rpg, 5.6 apg in 12 playoff games. Golden State is going to do anything in their power to protect their throne, but maybe this ends with another game 7 Kawhi game-winner, this time in Durant’s face…One can only dream!
Matt Greeley is a Contributor for the Unwrapped Sports Network website and host of 4th and 26, a sports podcast. Follow him @4thand26pod on Twitter and check out the podcast at https://podcasts.apple.com/us/podcast/4th-and-26/id1438114888