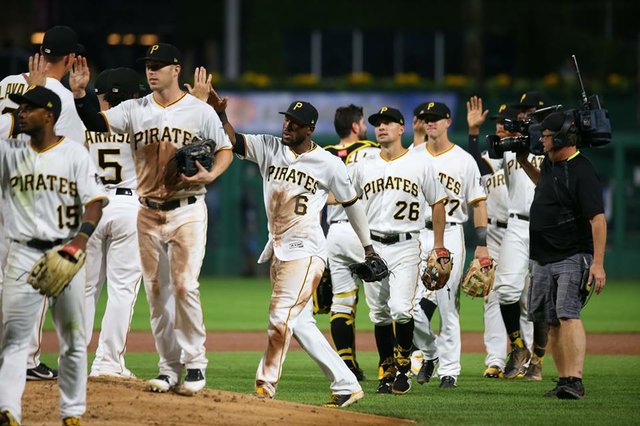 The Pittsburgh Pirates are somehow holding their heads above water in the win-loss column right now. If you have watched any of their games lately, you would be surprised to hear that feat. They are currently riding 19th in the earned run average category, holding a 4.60 ERA.

A few of the guys are holding together well; but notice I said “a few.” The Pirates’ bullpen has been injury plagued and riding ragged. Nick Burdi, who appeared to be the ace of the bullpen, tore his bicep and pinched a nerve in the same pitch on the mound in mid-April. Then, starting pitchers Jameson Taillon and Trevor Williams, and relief pitcher, Keone Kela, all went down with their own injuries.

Now, some guys in the bullpen just can’t find themselves. Richard Rodriguez has gotten absolutely mashed lately, giving up 8 home runs in 19.2 innings, the most in the entire league in that many innings, before being sent back down to AAA Indianapolis. Michael Feliz is another guy in the same scenario. Feliz, the normal reliever, started his first ever game on Friday night, pitched 0.1 innings, and gave up 5 runs, 4 of which came off a grand slam by former Pirate, David Freese. Feliz is currently rocking a 8.25 ERA in 12 innings. He has also been sent back down to AAA.

On the flip side, some of the bullpen is doing well, such as Kyle Crick, Francisco Liriano, and Felipe Vazquez. Crick was the go-to set-up man last year, and Vazquez is the closer. Kyle Crick currently has a 2.20 ERA in 16.1 innings. Crick started off poorly, but has settled back into his role very well. He has only given up 9 hits so far. Francisco Liriano is taking on his first year as a full-time reliever and he is flourishing, holding a 0.77 ERA in 23.1 innings to go along with 30 strikeouts. Liriano is a guy I’m shocked that manager Clint Hurdle hasn’t started yet over guys who will start and pitching 1 or 2 innings like Montana Duprau. Vazquez is what everyone expected and lives up to his nickname “The Nightmare.” He is 13 for 13 on saves so far this season with 35 strikeouts in 21.2 innings. He is genuinely a nightmare to all hitters.

Currently the starters that are healthy are only Joe Musgrove, Jordan Lyles, and Chris Archer. Steven Brault is also used as a starter again, but he is more of a bullpen arm. “Big Joe” Musgrove has been on and off like a lot of the guys, but when he is on, he’s shut down and when he is off, he gets absolutely mugged. He holds a 4.27 ERA in 59 innings so far. Big Joe is doing what he needs to do, nothing more nothing less, and he currently sits at 3 wins and 5 losses.

Next up, the man everyone thought was a joke, Jordan Lyles. Lyles appears to be the ace right now of the healthy guys. He will give you a quality 6 innings every start and gets wins (he is 6-1 on the year. In 51 innings, he has struck out 53 and holds a 2.81 ERA.

Now onto the guy everyone thought would be the next Pirates great after that blockbuster trade that sent Tyler Glasnow and Austin Meadows to the Tampa Bay Rays. Yes, the man’s name is Chris Archer and yes, he is struggling, there is no way to sugarcoat it. Archer has a 1-5 record and a stunting 5.75 ERA. It’s pretty ugly, but it’s only Memorial Day and he has all summer to find himself and turn it around. His 24 walks in 40 innings is a tad heavy for a team’s ace. In his May 26 start, he walked 6 in 5 innings and threw over 100 pitches, giving up 4 runs. Archer has the stuff, he just needs to believe in himself, and not be afraid of the bat.

The “spot-starters” Steven Brault and Nick Kingham are struggling just like most of the Pirates bullpen. Although Brault is struggling, he is doing better than his running mate Nick Kingham. Kingham has been getting slaughtered almost every time he steps on the mound. Kingham has a 8.76 ERA in 24.2 innings and a very ugly .347 opponent batting average. Kingham seems like he has a bad attitude on the mound and is extremely angry. When pitching coach Ray Searage comes out to talk to him, Kingham seems very cold towards him and won’t accept help from the catcher either. That is just what appears from the viewer stand point anyways.

Steven Brault is turning things around right now. Brault pitched the better part of Friday night’s game and looks like he has sealed the deal for the number 4 or 5 starter until the other guys are healthy; although he has a 7.11 ERA in 25.1 innings that should start to diminish as he is missing the bat a lot more.

The Pirates pitching can be simply put as the woes and wows. Once healthy starting pitching is back, things should run smoother.