Why Kyrie Should Stay with the Celtics 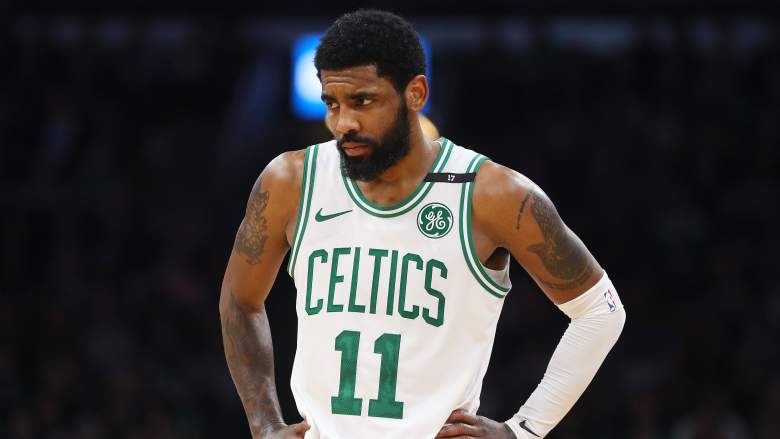 The Celtics season ended in the nightmarish fashion that some fans expected, but it isn’t a guarantee he is going to leave Boston as many people believe. The big question now is ,where is Kyrie going? Despite the constantly reported locker room issues, there isn’t a better team for Kyrie Irving to build his legacy the way he wants it than the Boston Celtics. When Irving requested a trade from Cleveland, he wanted to go to a place where he would be THE MAN. He was sick of playing the Robin to Lebron’s Batman. Kyrie made it clear he wants to win a championship while being the focal point and leader of the team.

The leadership part has to come from Kyrie, not the team he plays for. But the situation has to be right for him to lead, and I feel like another year in Boston would be the right situation. For starters, Rozier, who we can now see was pushing back big time on Kyrie, will be gone from Boston; for all we know he could have been the main cause of the disconnect. Rozier out of the locker room could change the attitude of the young guys, making them realize the Celtics are all in on Kyrie as a centerpiece.

If Kyrie couldn’t get this locker room to follow him within a year, why would it work with a different team? Going back into the same locker room with a better attitude and less people pushing back on his leadership is a much better situation than trying to win over an entirely new team. Teams have to go through adversity to win. The Celtics went through their’s last season. Kyrie coming back long-term would unify the locker room and hopefully getting everyone on the same page.

Being “the man” of his team is extremely important to Kyrie. Leaving for New York or Los Angeles would almost guarantee he would be second fiddle yet again in his career. Going back to LeBron or somewhere with Kevin Durant would make Kyrie look like he followed someone to get a championship. That, in essence would defeat the point of his move from Cleveland. Let’s just for argument sake say Kyrie goes to New York or the Clippers, teams where he will be the clear number one option. Are those rosters even close to as good as the Celtics? The clear answer is no. Kyrie would be leaving Boston where he is the star to go become the star in a new market, but with worse talent around him. That seems counterproductive and Kyrie is too smart for that.

Lets not forget the Celtics could easily trade away the young players, bringing in a star that would most likely be Anthony Davis, a young star who is teaming up with Kyrie to win. This way Kyrie is the number one option on the Celtics who had another star join him… key words being join him. This would be the best of both worlds for Kyrie Irving playing for the Boston Celtics as the number one option and another star as his Robin on the road to winning a championship. Boston is the only place Kyrie can be the number one option and still have a chance to contend for a title. I know the first full year of Kyrie was very underwhelming, but some relationships need time. With Rozier out, the Celtics could start to embrace Kyrie to the fullest, Brad Stevens would have time to adjust, and the Celtics would come back through adversity. If that doesn’t happen, the Celtics could go all-in for AD and give Kyrie the Robin he needs to help him bring a championship to Boston. Regardless of what happens, Boston has a better roster than any other team reaching for Kyrie; and in Boston he is guaranteed to be the number one star he has always wanted to be. Having a great coach and general manager tandem doesn’t hurt either. As July 1st gets closer, we are all waiting in anticipation to see where Kyrie takes his talents. This decision will show the whole basketball world where his head is.