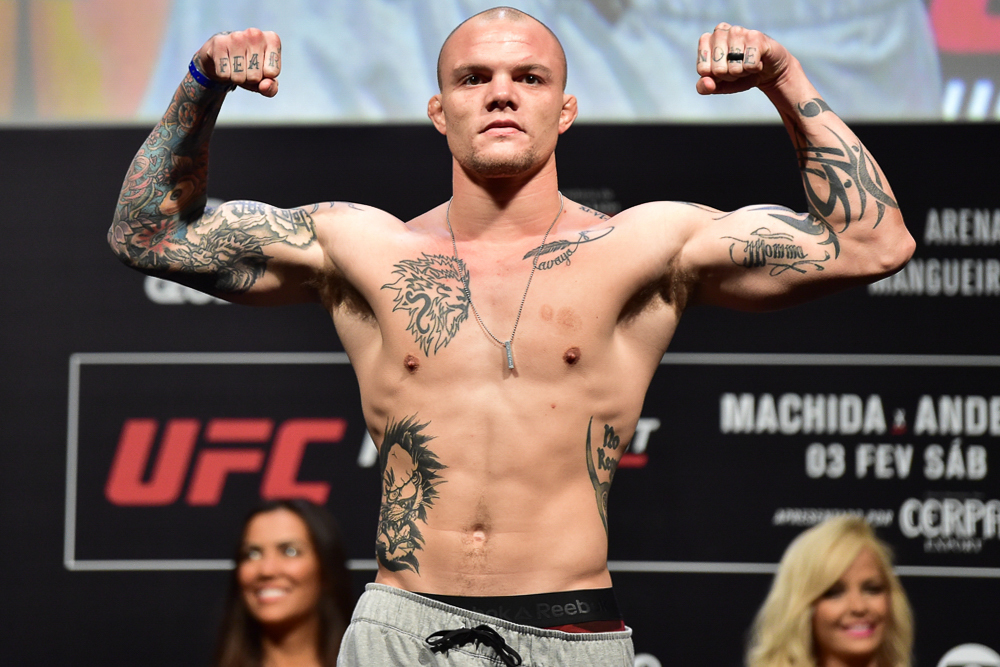 The UFC will travel to the Ericcson Globe in Stockholm, Sweden to host UFC Fight Night: Gustafsson vs. Smith. This fight is one of great intrigue as the two former UFC Light Heavyweight title challengers are both coming off losses to the long time Light Heavyweight kingpin Jon Jones.

While the implication exists that with a win, either man could potentially see themselves back in the title hunt It might be difficult to sell the fight to fans once again considering how dominate both fights were by Jones.

This is still the right matchup to make. Both fighters sit firmly atop the Light Heavyweight rankings with losses to the champion being the only ones recently.

That said, let’s break this down and let’s get into it.

Can Gustafsson rally back?

Suffering his second loss at the hands of Jon Jones, ‘The Mauler’ is in a pretty tough position. His first loss to Jones came at UFC 165 in what many fans and critics alike have called the greatest Light Heavyweight title fight of all time. Both fighters had their moments and Gustafsson pushed Jones to the limit, something we had never seen before. Jones, whose face was visibly worse for wear, ultimately won by a controversial unanimous decision (48–47, 48–47, 49–46).

Gustafsson’s stock only grew after his memorable performance against Jon Jones who had just defended the title for a record 6th time. Many were eager to see a rematch of their Fight of the Night award winning classic.

When their rematch at UFC 232 was announced, fans began to speculate whether the number 1 contender Gustafsson had what it took to hand Jones his first professional MMA loss. Jones insisted he had not trained properly for their first fight and would prove that his negligence was the only reason their previous epic had been so close.

A few minutes into the starting round of their rematch, it became clear that Jones had prepared. ‘The Mauler’ was noticeably apprehensive and did not bring the fight to Jones. After another round of more of the same, the finish came in the third as Jones began to wear down Gustafsson. Eventually gaining top mount, ‘Bones” finished the fight with punches for a TKO victory.

With his second loss to the champ in the books, the Swedish native began talking about retirement in interviews. Disheartened, he stated that if he can’t defeat the champion maybe he doesn’t have what it takes anymore. A win over Anthony Smith certainly means more to the 6’ 5” Light Heavyweight than just a win.

Gustafsson, who is currently ranked #2 in the official UFC rankings, wants to prove to himself that he’s not finished. A 3rd fight with Jones is a longshot considering he now has 2 losses to the undefeated 31 year old. If Gustafsson continues to beat the top ranked Light Heavyweights including Smith on June 1st, he may prove undeniable as the 2nd best in the world and the only worthy contender for the title in the distant future.

The Heart of a Lion

With wins over UFC legends Rashad Evans, who would retire following the loss, and Mauricio ‘Shogun’ Rua. ‘Lionheart’ made his case for a title shot following a grueling 3 round affair with top ranked contender Volkan Oezdemir that ended with Smith securing a rear naked choke for the Submission victory.

Remaining perfect at Light Heavyweight with a 3 fight win streak, Anthony Smith had his chance to shock the world with a title shot against Jon Jones at UFC 235. A huge underdog going into the fight, Smith was adamant that he was gonna be the one to dethrone the mighty Jones.

The fight saw champ Jon Jones pick apart Smith with leg kicks and well placed jabs. ‘Lionheart’ never managed to mount an offense, freezing up as Jones began to eat away at his legs and popping him with punches. Not without controversy, Jones landed an illegal knee to the head of Smith, who was considered a downed opponent, in round 4 prompting the ref to stop the action and check on Smith.

Anthony Smith was given the choice of proceeding on with the fight or taking a disqualification win over Jones. The DQ would have been the 2nd of Jones’s career and would have awarded Smith the title. In a show of sheer heart, grit, and honor, Smith refused to take the easy win and title from Jones and opted to continue the lopsided contest, much to the praise and respect of the MMA fans and journalists looking on.

After the ref deducted 2 points from Jones for the illegal knee the fight pressed on and the action remained the same. Smith lost the fight by decision with all 3 judges scoring the fight 48-44 in favor of Jones.

‘Lionheart’ tried to rationalize why he couldn’t seem to “pull the trigger” in the fight. Claiming he heard his corner, he knew what to do but simply locked up. He could’ve just been hit by the pressure of taking on one of the pound for pound best fighters of all time. Whatever the reason, Smith wanted to take some time off to reflect.

A main event for Stockholm

The UFC was quick to try and book Gustafsson and Smith who both wanted to comeback from their respective losses to the champion. Anthony Smith would go on to say that he didn’t want to fight so soon but needed the money. That said, he would also state that this does not mean he is not training hard to battle the best ‘Mauler’ that may show up. Gustafsson likewise had said he has a lot to prove to himself with this fight.

The UFC would announce the Light Heavyweight bout between the 2 to take place on June 1st in Stockholm, giving Gustafsson the hometown advantage. This will be the 11th UFC on ESPN+ event.

Similar in size, the 6’ 4” Anthony “Lionheart” Smith and 6’ 5” Alexander “The Mauler” Gustafsson won’t be giving much away in terms of size. Gustafsson (18-5) will possess a 3 inch reach advantage over the 76 inch reach of Smith. The #4 ranked Anthony Smith has a wealth of experience over the Swede. With a record of 31-14, Smith will be competing in his 46th professional fight.

Even though he’s only 30 years of age, ‘Lionheart’ does have the damage accumulated throughout his career that could play in Gustafsson’s favor. With a generous reach advantage, Alexander Gustafsson could keep Smith at the end of his jabs all night, interrupting setups and catching Smith off guard.

However, we can never underestimate the durability of the toughened veteran. He may have the wars and damage of a ton of fights for such a young fighter, but he wears it incredibly well. It hardly seems to affect him and that endurance could prove troublesome for the hometown hero.

Even though Gustafsson has a fantastic takedown defense rate of 84%, I don’t think we will see much wrestling in this fight. Smith has a more varied approach as well. He has proven to have great submission skills with 11 submission wins, good finishing instincts when his opponent is hurt and 17 KO wins to his name. Gustafsson also possesses knockout power with 11 of his 18 wins coming by way of KO or TKO.

I think it’s fair to say that this is gonna be a slugfest. The significant strikes per min are, on average, 4 for Gustafsson and 3 for Smith. Smith also absorbs nearly 5 strikes a minute while Gustafsson takes about 3.5 strikes a minute. With these stats it would seem the 32 year old Swede may have the advantage in the striking department and Smith takes a little more damage than he should. But given his durability and experience, he has shown he is more than capable of bearing the firepower.

The cardio is where things get interesting. Anthony Smith’s fight with Oezdemir showed him gassing out rather early and some began to question his gas tank. Gustafsson has proven to be one of the few Light Heavyweights to be able to go hard for 5 rounds. The war of attrition could give Gustafsson a bigger advantage over Smith if the grind slows ‘Lionheart’ and Gustafsson begins to take over the rounds.

All things considered, both have very good odds of winning this fight. Similar in size, striking output and the ability to finish a fight. Cardio is the only real question mark but it won’t mean much if this fight ends in 2-3 rounds. One thing is for sure: We are in for a hell of a fight.