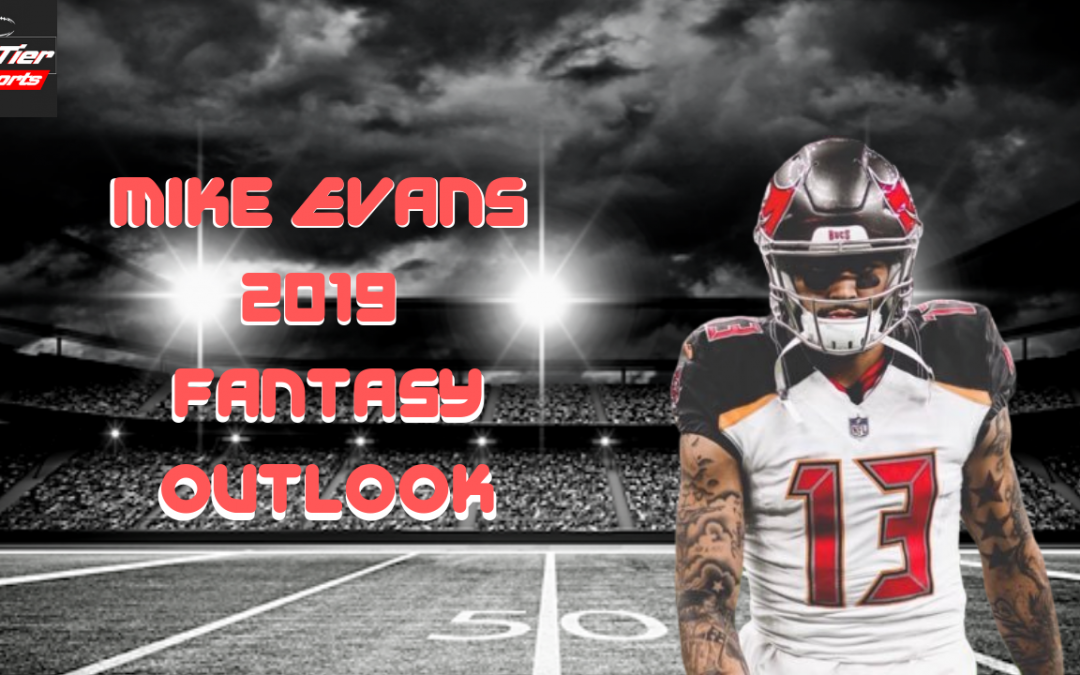 At first glance, it may be concerning that Mike Evans averaged more fantasy points per game while Fitzpatrick was under center (splits listed below), but the difference in points for each split should not be considered when viewing Mike Evans status for the 2019 season, as some of Evans best games were when both quarterbacks got playing time in the same game.

Mike Evans should see solid production with his new coach, Bruce Arians, for Arians has produced solid fantasy seasons for the respected WR1 on each of his team. Arians WR1 history is listed below for his last 3 seasons with the Cardinals.

In that 3 year stretch Arians also tailored his offense to the passing side when it came to his run/pass ratio. Splits for the same 3 years listed below.

Mike Evans, for the 2019 season, will be a low end WR1 and a high end WR2. He will not provide the “elite” fantasy production required to be a tier 1 fantasy wide receiver, but he will sustain enough production that can allow you to address running back early in your draft and still be content with drafting Evans in the late second round. I am giving Mike Evans a risk rating of 3 for the 2019 season, with 1 being the lowest and 10 being the highest. Every year, Evans produces at one of the safest floors when it comes to wide receivers in fantasy, but with a small sample size of games with Winston, there is some caution as to if he can sustain WR1 status for the 2019 season.