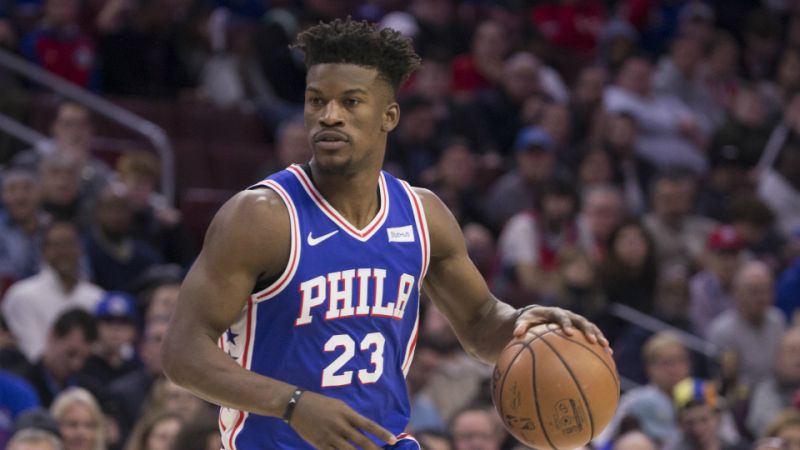 It was a truly heartbreaking end to a great season and I’m sure that most Philadelphia fans, just like me, are not ready for it to be over. After three years of processing, this starting five is almost exactly what we have been waiting for and we have just witnessed a great season. So in an attempt to move on from a disappointing end to a great season, I want to take on some of the questions that we as fans are asking ourselves and give my answers.

First: Is keeping Brett Brown a mistake? This is a complicated question and it seems like everyone has their own answer, but here is mine. I say yes, not because Brett is a bad coach, because he is not. It’s more his system, which does not fit our roster. Brett has been very vocal about shooting as many three pointers as possible and has even said in the past that he wants Joel Embiid to shoot 7-10 threes a game. Brett’s system is not bad, but with a starting five of Ben Simmons, J.J. Redick, Jimmy Butler, Tobias Harris, and Joel Embiid, it just does not make sense. Running dribble hand-off after dribble hand-off in an attempt to get J.J. Redick open does not work against good teams. It’s also not just system though, it’s the inability to stick to a change of game plan. We saw it throughout the year every time Brett would make an adjustment, it was only a matter of time until he went back to dribble hand-offs. The 76ers have a great roster to run pick-and-rolls and run the game from the inside-out. It has been very frustrating for all 76ers fans to watch Embiid stuck on the perimeter when it’s obvious that he is better down low. This all being said to prove I’m not biased Brett made some key adjustments in playoffs. He added pick-and-rolls and at points let Joel Embiid play down low. We need a coach that will coach our team to their strengths; someone that will work the ball from the inside out in order to open up our shooters. Brett Brown reminds me of Andy Reid, who was also not a bad coach, but refused to adjust his system. My opinion is that we should get rid of him now before it’s too late. The Eagles waited too long with Reid because he was good enough and maybe he can get a Super Bowl victory. 76ers, do not make same the mistake the Eagles did. If Brett is still running the same system next year, please make a change.

Second: What free agents should we go after? Before I go any further, I will not be including top tier guys in this list. Though I would love to get Kawhi Leonard, Kevin Durant, Kyrie Irving,  Klay Thompson, or Kemba Walker; I just don’t think that it’s realistic that any of them come to Philadelphia. So this list will be a list of role players and bench players that could greatly help this team. This is in no particular order.

There are many other players that I would be happy to sign as well, but I would love to see us come away with one or two of these players. They are all guys that fit our team and more importantly, fit our city. We all know as 76ers fans, only a certain type of person can play here.

Third: What about Jimmy Butler and Tobias Harris? I saved the most important for last. Our entire offseason rests upon keeping not just one of these guys, but both of them. I’m sure there are people reading this saying “I don’t want to give a max contract to either of those guys though!” My question to those people is: WHY NOT? First of all, Jimmy Butler absolutely deserves a max contract. He is one of the best two-way players in the league and there are very few players who can take over a fourth quarter like he can. Also, don’t forget that he is a four time all-star and a monster defender. And without him we would have never gotten the third seed. As for Tobias Harris, first of all I don’t think you have to give him a full max deal and that he will take less to stay on not just a team, but a winning team. This is a guy that has been on five teams and is only 26 years old, which means he has not even reached his full potential. His only real weakness is his defense; but he is not a bad defender. Tobias Harris is our third scoring option and it’s very rare that a team has three guys that can put up 35 points on any given night. The only way it is acceptable to lose one of these guys would be if we get another big name free agent. Other than that, Elton Brand better be ready to do everything he can to keep both.

To sum this all up since we are going to keep Brett Brown, it is very important to keep Jimmy Butler and Tobias Harris along with filling out the rest of the roster with players that fit his system. The 76ers need to stop giving him guys like James Ennis and Jonathan Simmons who don’t fit the system. Brett also has to be willing to change his system to let Embiid play down low. If they do all of this, they can be true contenders. But if they fail to do any of these things, they might be doomed to have the same season all over again.