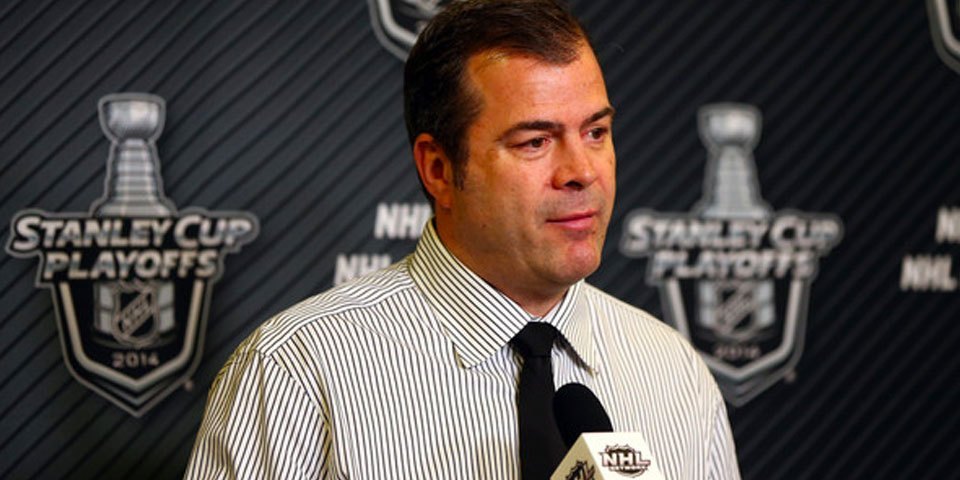 Being a head coach in the NHL is not a stable job. Contingent on success in the standings and the playoffs as well as the lineup, a general manager provides are all factors in a coach’s job security. Every season, jobs are gained and lost. Last season as well as the off season so far has been no exception.

Let’s look at the coaching changes that have occurred so far and how I think the new voices will affect the teams going forward. Beginning with the city of brotherly love.

After three seasons and two playoff appearances as head coach, Dave Hakstol was fired and replaced by Scott Gordon after just 31 games. Gordon would not fare any better as the Flyers missed the playoffs by 18 points.

Following the season, they decided to move on from him and hire former Rangers coach Alain Vigneault. Alongside him will be two former head coaches, Mike Yeo and Michel Therrien. Yeo last coached the St Louis Blues and Therrien the Montreal Canadiens. Ironically, Therrien replaced Vigneault in Montreal when he was fired in the 2000/01 season. Now they will be working together to turn the ship around in Philly.

Now that the Flyers have tried the inexperienced coach, they have gone back to the committee of experience. Combined Vigneault, Yeo and Therrien have coached over 2500 games and have 1300 wins between them. If they cannot turn this team around, the Flyers are in need of a tear down.

Going into the season, these three have to be on the same page and since all of them have been head coaches, Vigneault has to establish a firm hand quickly. Three dominant voices on the bench could be a problem, as the players do not know who the head coach actually is.

As for how the style of hockey will be affected in Philly, time will tell. All three coaches have similar philosophies, strengths and weaknesses. All of Vigneault’s teams have been good defensively and solid offensively. He has also shown the ability to adapt his style throughout the season. However, Stanley Cups have eluded him despite venturing deep in the playoffs multiple times.

He has not won a Stanley Cup because he cannot adapt to opposing coaches and he is too stubborn to change his style and tactics. I go back to the 2011 Stanley Cup Final when he had a chance to change goaltenders after Luongo was shelled in Boston 8 to 1. I believe that was the time to go to the backup, or 1A goaltender in Corey Schneider.

Schneider grew up in Boston and went to Boston College. I firmly believe he would have shon in that game and turned the series around. But Vigneault was stubborn and stuck with Luongo, who went on to allow four goals in a 4-0 loss. This tied the series and put the momentum in Boston’s hands. There was no going back from this and the Canucks would ultimately lose the series and the Stanley Cup.

Fast forward to 2014, Vigneault had another chance to win the Cup, this time with the New York Rangers. Offence would dry up, and he could not adapt to the coaching of Darryl Sutter and the LA Kings. Ultimately, the Rangers would go on to lose the series in five games.

Therrien and Yeo have not had playoff success either. Yeo has never made it out of the second round and Therrien, faring a little better, has made it to the Final once with the Penguins losing in six games to the Detroit Red Wings. If Flyers fans are expecting playoffs with these three coaches, it could happen as they have plenty of experience getting there. It’s the Stanley Cup that’s eluded them.

As for the coming season, I believe the three headed coach will have success. The Flyers have a relatively young core with veterans sprinkled in. Vigneault, Yeo and Therrien have a superstar in Giroux, a solid two way threat in Sean Couturier and a puck mover in Shayne Gostisbehere. Those three provide a solid foundation for any coach to work with. With all the experience on the bench, you would think they would have success.

All Flyers fans can hope for is that Vigneault, Yeo and Therrien have learned from their mistakes in the playoffs and finally bring the elusive Stanley Cup back to the city of brotherly love, where it hasn’t been since 1975.