The Case for a New QB1 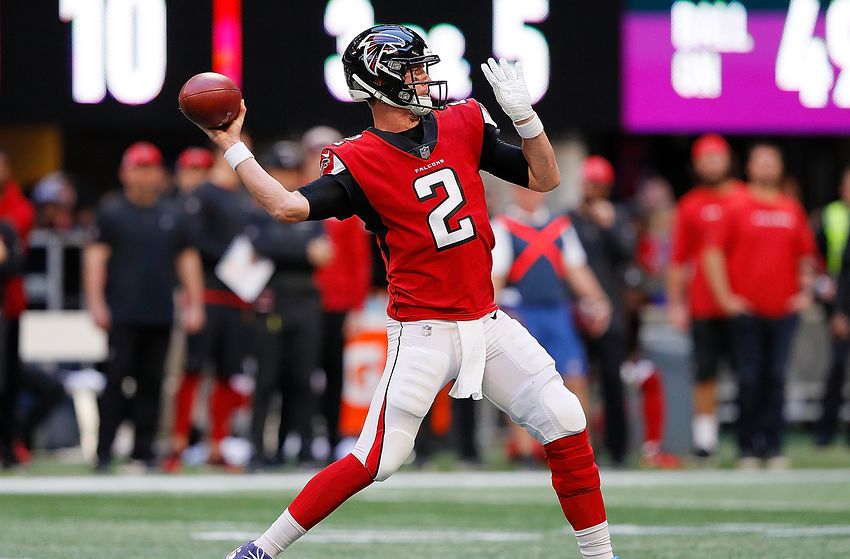 In the fantasy football world that we are in today, it is hard to be against Patrick Mahomes when it comes to QB1 talks, but I am confident in the fact that Patrick Mahomes will not finish as the QB1 overall. It may seem impossible to have the facts to prove it, but I have found a strong argument in favor of MY QB1.

In his career with the Atlanta Falcons, Matt Ryan has thrived when playing indoors, and luckily for him he gets to play at least eight games in a dome every year, therefore giving a solid sample size to prove my take.

We will start with the 2016 season, where Ryan had 9 indoor games, 8 home and 1 away. In those 9 indoor games, he averaged 24.75 fantasy points per game which led him to an overall QB2 finish. After the Falcons’ disappointing 2017 season, it seemed almost impossible for Matt Ryan to bounce back and become an elite fantasy quarterback again, but he proved everyone wrong by finishing as the QB2 overall. Again with 9 indoor games Matt Ryan was able to average a solid 24.1 fantasy points per game while facing the 13th easiest fantasy schedule towards quarterbacks.

Although these are just random averages towards the indoor games Matt Ryan has played, they all translate to my decision to make Matt Ryan my QB1. For this upcoming season, Matt Ryan gets to play 12 GAMES INDOORS, and as I have already stated and shown, Matt Ryan thrives in indoor games. With a solid floor of 12 games in a dome and two new additions to the offensive line, it is only fitting that Matty Ice is going to have a great season. Not to mention he has a new offensive coordinator in Dirk Koetter, who has a great sample size in terms of pass heavy offenses in his coaching career.

To top this off, Matt Ryan is even able to be drafted about 5 rounds later than the public’s QB1 Patrick Mahomes. So, hop off the comfortable QB hype train and join me and watch Matt Ryan lead your team to a fantasy championship.