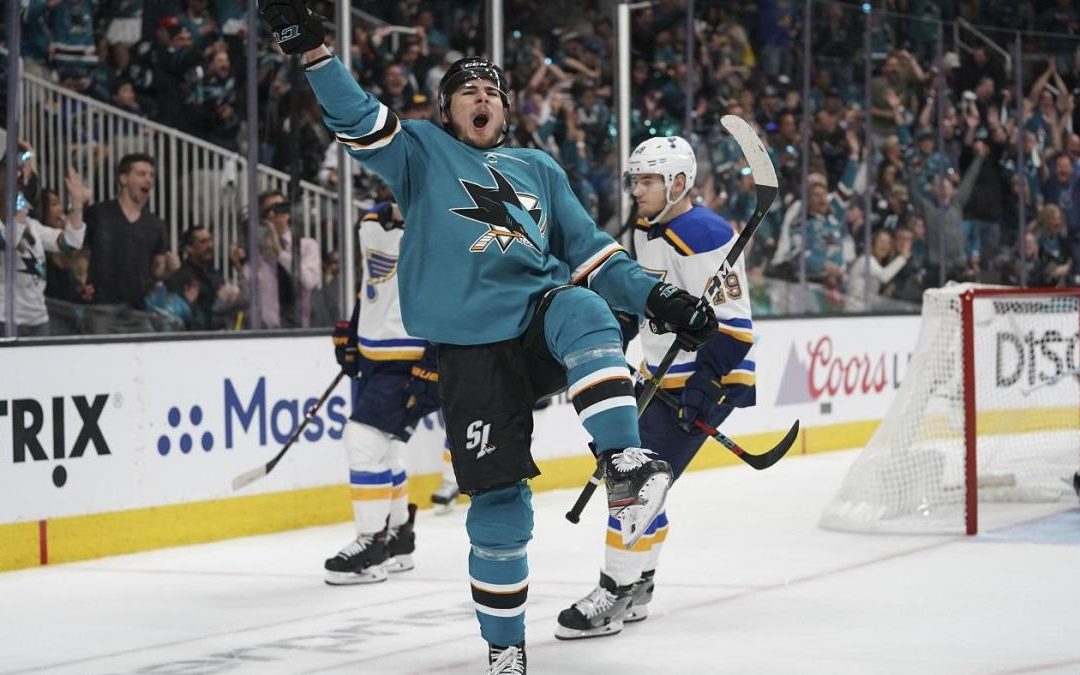 If you talked to anyone at the end of December, no one would have predicted that the St. Louis Blues would be in the conference finals. But here they are, thanks in part to solid goaltending by rookie standout Jordan Binnington and great coaching by Craig Berube. He has employed a tough, physical system that every player has bought into. The Blues are also not a traditional underdog team, as they were expected to be contenders by early season prognosticators. Expect the Blues to give the Sharks a run for their money.

Now for their opponent, the San Jose Sharks. They are not a surprise, as they were expected to be in this position. This may actually be the year of the Shark, as all their key players, young and old have stepped up in the playoffs. Led by veterans Logan Couture and Brent Burns as well as young guns Tomas Hertl and Timo Meier, the Sharks have gotten contributions from everyone. Even Martin Jones has recovered from his lackluster performance in round one and has provided Stanley Cup caliber goaltending. If all this continues, the Sharks will be in the Stanley Cup Final for the first time since 2016.

Sharks will win if:

The Blues will win if: