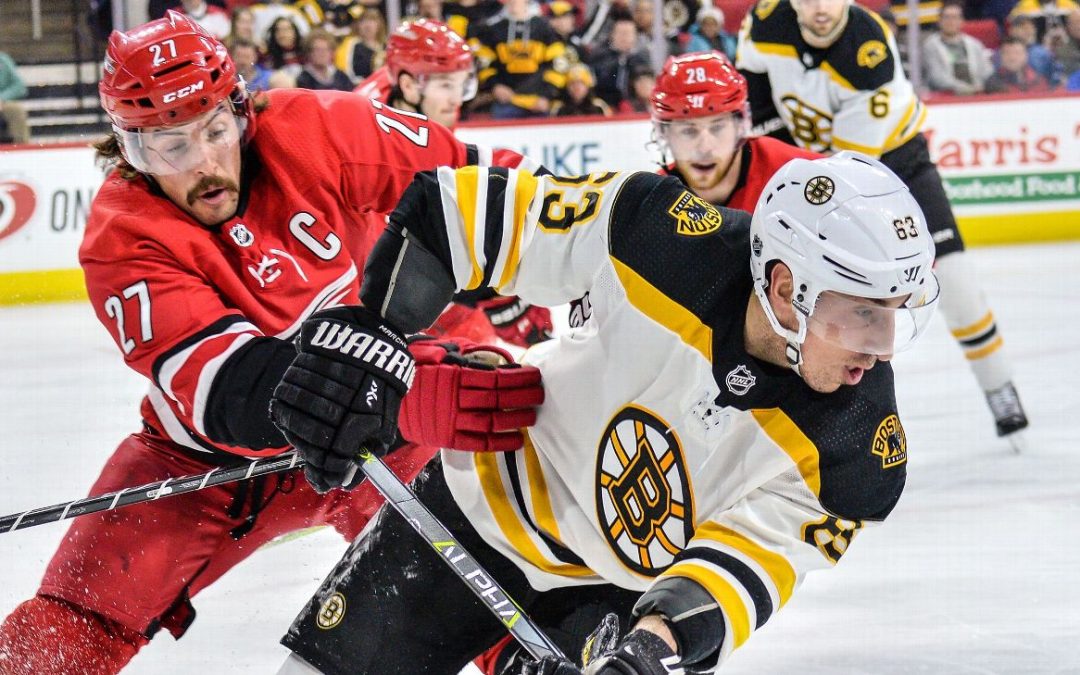 Bruins will win if:

Hurricanes will win if:

If you talked to anyone at the beginning of the season, I don’t think you would have heard the “Carolina Hurricanes” in the same breath as the words “conference finals.” But here we are and the Don Cherry proclaimed “Bunch of Jerks” are four wins away from the Stanley Cup Finals. And they are doing it with hard work, perseverance, and a never say die attitude. The roster, iced by head coach Rod Brind’Amour, is very similar to the team captained by him back in 2002. Justin Williams has taken over the mantle and has led his team with the same character and clutch performances as his head coach.

Led also by a young core featuring 21 year old Sebastian Aho, 24 year old Teuvo Teravainen, and 22 year old Warren Foegele, the Canes are surprising everyone. Don’t count the “Bunch of Jerks” out, as they have been proving doubters wrong all season. First they knocked off the defending Stanley Cup champions Washington Capitals in the first round, which was no easy feat. Then came the New York Islanders, who swept the Penguins in the first round. They didn’t have any issues with them either, winning four games in a row to return the favor.

Their opponent is none other than the “Big Bad Bruins.” Fresh off a Game 7 win against the Columbus Blue Jackets, the Bruins are looking to continue the momentum. The thing that could go against them is fatigue, as they have already played 14 games, while the Canes have only played 11. Rest could also be the enemy of the Hurricanes, as they have been off for quite a while. If the Bruins can continue to get clutch goaltending from Tuukka Rask, and scoring from the “Perfection Line,” they will be in the Stanley Cup Finals for the first time since 2011, which coincidentally is also the last time they won Lord Stanley’s Cup.

Prediction: The “Bunch of Jerks” win in seven games.