Ring Leader: Who Will Be The Next White Sox Manager 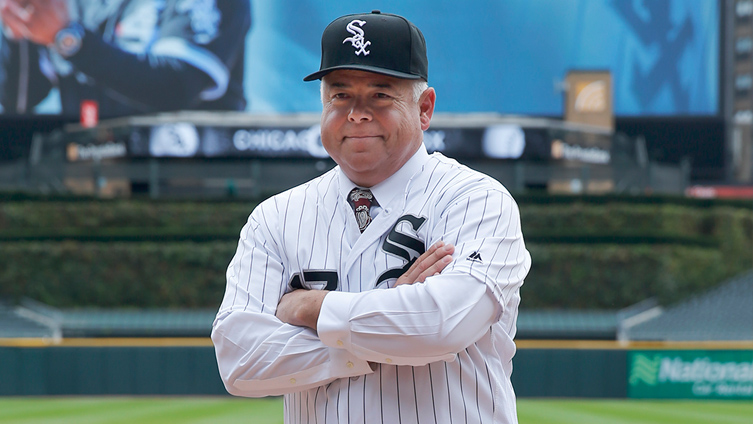 There have been conversations here-and-there about who the White Sox will need at the helm to take this team to a World Series. A conversation with many different answers, and many different reasons why. It goes without saying that everything has to go right for a team to win a title, including the coaching staff. Below are a few names that have been thrown around in this conversation and what they have to offer.

Rick Renteria: Renteria is in his third season as the Sox skipper. His prior managerial experience was a year with the Chicago Cubs in 2014. In that season, Renteria and the Cubs finished with a 73-89 record. Some Cub fans were somewhat happy with that record, as most of their young players development skyrocketed. A fan actually told me, “I can’t believe he did that with that team.” With the White Sox, Renteria is a combined 145-213, including a 100-loss season in 2018. It was a hire that replaced Robin Ventura, who was a combined 375-435 in his five years with the team. Renteria brings a player’s coach mentality to the clubhouse and really helps with the Latin players. However, Renteria’s managerial skills have been questioned with bullpen usage and flipping lineups regularly. Personally, I like Renteria as a person and even to fill a bench coach role, but without a winning season under his belt, I hesitate to think Renteria can lead a team to a playoff appearance, let alone a World Series title.

Omar Vizquel: Aside from a 24-year MLB career, which was impressive to anyone’s standards, Vizquel has a few years of experience coaching. In 2013, he was hired by the Los Angeles Angels as a co-infield coach. After that season, Vizquel served as the Detroit Tigers’ first-base coach and baserunning instructor. He later interviewed for their vacancy at head coach, but Ron Gardenhire got the gig. The White Sox then saw the opportunity to hire him as the Manager of their Class-A affiliate, the Winston-Salem Dash. In his only season with the Dash, Vizquel helped the team to an 84-54 record and a postseason appearance. The organization then promoted Vizquel to Double-A Birmingham as their Manager. On May 8, 2019 the Barons have a record of 12-21 and sit in last place in their division. The former 11-time Gold Glove recipient surely knows the game of baseball and would bring a fundamental mind to the Majors on the bench, but is he the answer for a White Sox team that is trying to put “it” all together?

Joe Girardi: To be honest, this is my pick. Girardi, not that it matters, is a Chicago kid, going to high school in Peoria and college at Northwestern. His managerial resumé is quite impressive. His 11-year stretch, one with the Florida Marlins and a ten-year stint with the New York Yankees, got him a World Series win in 2009 and an overall record of 988-794. In fact, his only losing season was his year with the Marlins, going 78-84, but still winning the NL Manager of the Year Award. Girardi was 28-24 in the postseason and was no stranger to high-pressure situations in New York. Sure, the talent level was very high with the Yankees, but that is exactly why I think he would be a great fit; he knows exactly what to do with talented players and the White Sox have and will have many to come.

Joe Maddon: This is a stretch, but Maddon has an extensive coaching career, 16 years of experience to be exact. He spent a few short stints with the California Angels, then Anaheim Angels in the 90’s, and was a long-time leader in Tampa Bay. He’s known for his quirks on road trips and letting his players stay loose, and he carried that mentality over to the Cubs, who won a World Series in 2016. He is 32-35 in the postseason, with a regular season record of 1189-1003. He has won three Manager of the Year Awards and managed two All-Star teams. The players always seem to like Maddon, who does his best to keep the pressure off of his players and just let them play. If Maddon becomes available, the White Sox should at least think about signing a veteran guy who has plenty of experience.

These are just a few options to ponder while the White Sox find themselves in this rebuild. I can’t stress enough how important it will be to remain patient if and when the organization hires their next skipper. Managers are just as important as the players in a rebuild and sometimes it can take a little while to get acclimated.

What I do not want to see is the White Sox go after someone simply because they are a former player. For some reason, this philosophy really bothers me. Just because someone played for a team does not mean they would make a great manager. Fans should root for the best option available. I believe that Joe Girardi would be the best option without having to empty their pockets. The question will be, do any of these names want to manage the White Sox? Time will tell, but either way, I think the Sox will need an experienced, intelligent manager to lead the club to a World Series title.