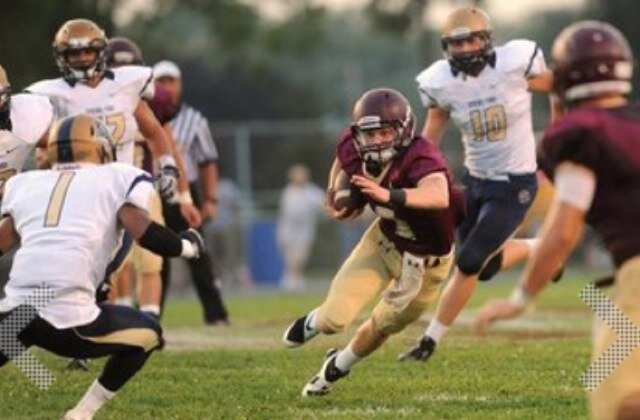 In this year’s NFL draft, there were 254 players selected. Big names such as Kyler Murray, Daniel Jones, and TJ Hockenson were names that all football fans knew going into draft day. The following players are some that were not taken on draft weekend. Any NFL team would rejoice in signing these guys as they can and will be a huge asset for teams for many years to come.

First up, Chad Rex out of Ohio Northern University. As a Polar Bear, Rex in his senior season alone played in 10 games, scored 11 touchdowns, and averaged 104.3 yards per game! Rex is an absolute machine. He not only is great at catching the ball, but he can literally juke out entire defenses. He would be a major asset to any NFL team. He can be a key player much like a Julian Edelman, Chris Hogan type receiver. I personally would say the Jaguars, Falcons or Bengals would be a great landing spot.

Next up is a former Alabama kicker, who transferred to McNeese State, Gunnar Raborn. Raborn is a total clutch kicker. In his whole college career, he converted 90% of his field goals! An NFL team should really give him a look. A lot of teams are in need of a new kicker, such as the Bears, Seahawks and Bills.

JJ Jerman, a kicker out of East Tennessee State, is also another gem that’s still not signed. Jerman was the first kicker in the reboot of East Tennessee State football, and he sure took advantage of the opportunity. He only missed one extra point in his entire time as a Buccaneer and he also has a huge leg. Even into the wind and rain from over 50 yards he can get it through the uprights. The Bears, Seahawks, and Bills should also give him a look.

Ian Fieber is a quarterback out of Chapman University. Fieber has an absolute cannon for an arm and is a great leader too. In his senior year alone, he threw 28 touchdowns in just 9 games while throwing for 2,545 yards and completing 61% of his passes. He is also amazing at hitting his man in tight coverage. He could definitely lead a NFL team, and a team like the Steelers could be great because Ben Roethlisberger only has a couple more seasons left and has been very injury prone. Fieber could get even better behind Roethlisberger for a couple seasons and still get playing time in between.

Justice Hansen out of Arkansas Tech is a name that maybe some people know because of his YouTube channel in which he showcases a lot of his life and training. Hansen has crazy accuracy. He can be seen throwing a football into a garage can at midfield from the very top of the bleachers. In 2018 alone, he threw for 3,447 yards and 27 touchdowns. Hansen can also scramble out of the pocket to make runs too. A team like the Tampa Bay Buccaneers would be great for him since they seem almost done with Jameis Winston because of his immature shenanigans off the field leading to his suspensions. Hansen could definitely thrive in Tampa Bay.

Lastly is a safety out of Arkansas Tech, Cua Rose, who is a total monster. He puts some massive hits on guys for being 5’9”. Rose also has great speed to make some amazing open field tackles and strip the ball loose. He could be a huge asset to a team like the Baltimore Ravens. The Ravens haven’t had a top safety since the legendary Ed Reed. Rose could be the answer for Baltimore’s needs, all he needs is a chance!

Make sure to keep note of these guys and check out their stats and film for yourself so you can witness how great they are.