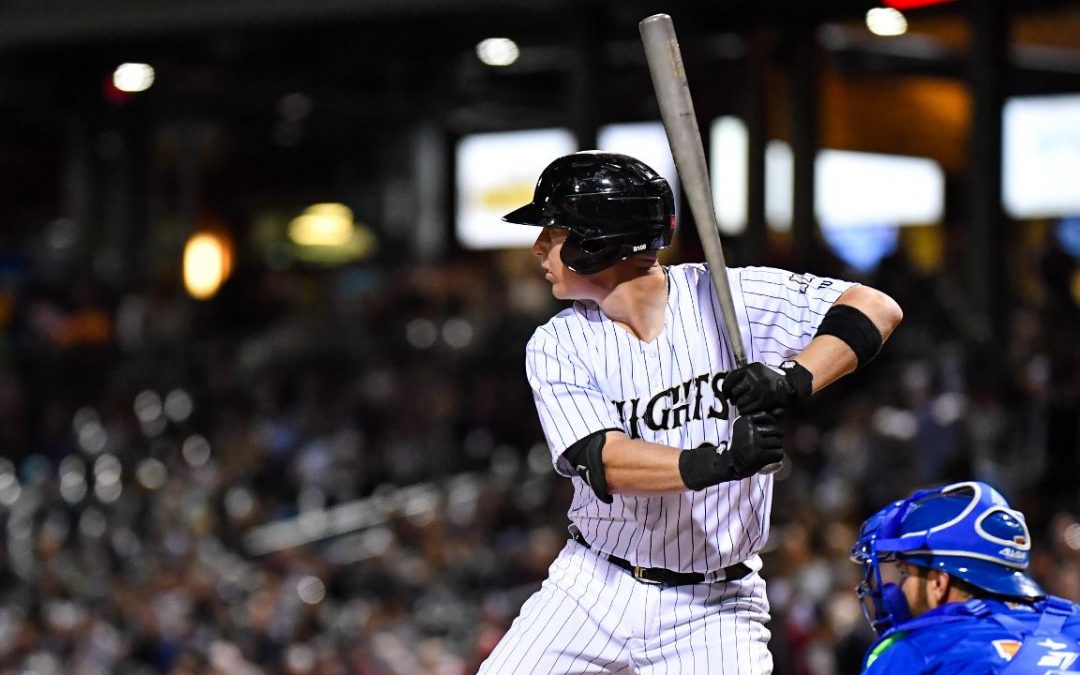 Hitting a baseball has been deemed one of the most difficult things to do. For Charlotte Knights’ Alcides Escobar and Zack Collins, it seems to be second-nature

Escobar spent 11 years in the MLB, eight with the Kansas City Royals after his first three were with the Milwaukee Brewers. A former World Series champion, it is no surprise to some that he has gotten off to a great start in his first year in the White Sox organization.

In 15 games, Escobar is sixth in the International League in batting average at .393 and third in hits with 24. He is also tied for first with Rochester’s Randy Cesar and Durham’s Jake Cronenworth with eight doubles, third in on-base percentage (.397), and fourth in slugging percentage (.574). Simply put, the 32-year-old can still swing it. More importantly, Escobar brings a veteran presence to a young farm system that has big expectations.

One of those big expectations is Zack Collins. The former Miami Hurricane was drafted by the White Sox in the first round of the 2016 MLB Draft and had immediate hype.

Some ups and downs led to speculation, even from Collins, about his development; but a great start to this season has turned the tide. The 24-year-old leads the International League with 19 runs batted in. He ranks fifth in the league with five home runs (tied for most on the Knights with Matt Skole). Collins is second on the team in slugging percentage at .646 and the second-highest OPS at 1.001. The Florida-native brings more than big pop to the plate. He leads the team in walks with 11 and has a tendency to work deep into the count.

At two opposite ends of the age spectrum, Escobar and Collins are making an early impact on the Charlotte Knights’ season. Only time will tell if either player will see time with the big club, but nonetheless, both players deserve some praise for their current play in Triple-A.