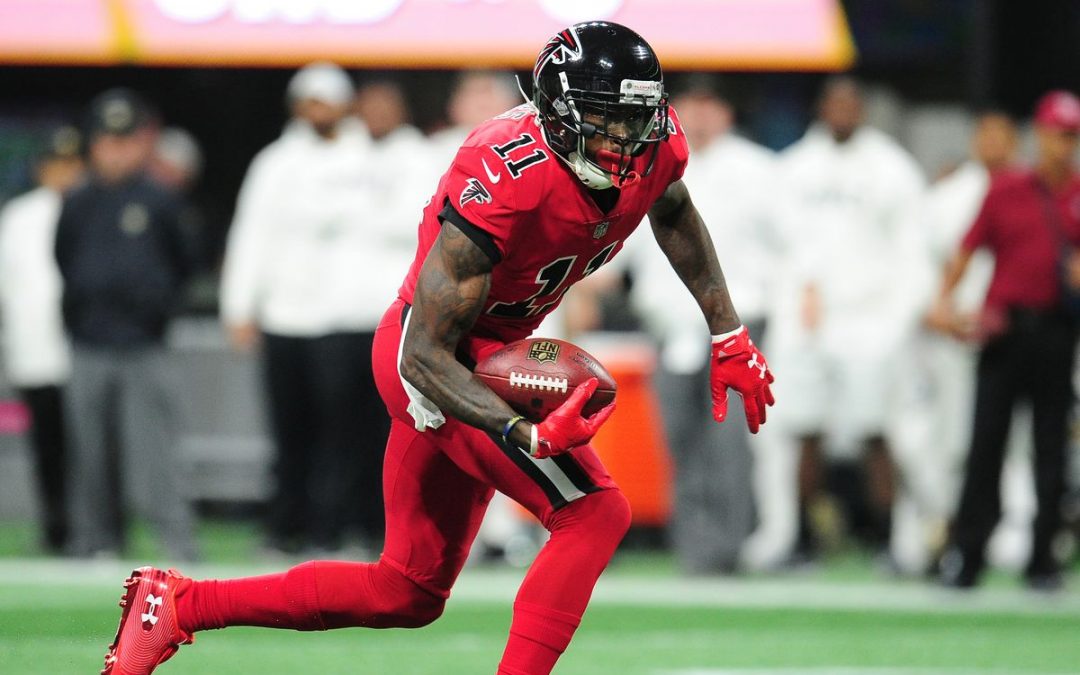 Somehow, by good drafting or pure luck, the NFC South managed to end up with two of the top wide receivers in real life and in fantasy football. This year, Julio Jones and Michael Thomas will again finish as two of the top fantasy wide receivers. But, one of them is clearly the better pick for fantasy this year.

Last year, Julio Jones finished as the WR4 in full point PPR with 325.8 points. Consistency was not an issue for Jones as he only had one game below 10 points, finishing as one of the most consistent fantasy wide receivers once again. The shocking stat is that Julio was able to finish as the WR4 even though he didn’t score a touchdown in the first 7 weeks. He did however score 8 touchdowns in the remaining 9 weeks, hence his new nickname, Julio “Touchdown” Jones. With the production Jones receives right now, it may seem as if it is as good as it is going to get, but with the new addition of Dirk Koetter as the offensive coordinator it seems as if Julio will only be getting more targets and production. The Falcons finished 5th in total team pass plays and with the addition of Koetter it will only go up. In the last two seasons, Koetter led the Tampa Bay Buccaneers to finish 4th and 5th in team pass plays. I am in love with Julio Jones this year, and I am expecting a big season.

With a scorching hot start to the 2018 season, it seemed inevitable that Thomas was going to finish as the WR1 in fantasy. Unfortunately, due to a lack of consistency, Thomas finished as WR6 in full point PPR with 315.5 fantasy points. Although a WR6 finish looks great on paper, his per-game scoring averages scare me away from drafting him as my WR1. Out of the 315.5 full point PPR points Thomas scored, he managed to score 93.8 of those points in the first 3 weeks. This draws a red flag to me when deciding on who to draft with an early second round pick. In terms of consistency, Thomas was on the opposite end of things than Jones as he finished with 4 games lower than 10 points. He was able to counter those low-scoring games with 5 games over 27, but you do not want to risk those big play games every week. The Saints also finished 29th in team pass plays, and that is not changing any time soon.

This decision is a no brainer to me if you couldn’t tell. If I am sitting at the 2.02 overall pick and I am being forced to pick between Julio or Thomas, I would be selecting Julio Jones with no regrets. Julio provides the more consistent point range every week, and he has a better chance to finish as the overall WR1. Not to mention, Dirk Koetter loves to throw the ball all over the field.