What’s Next for Terence Crawford 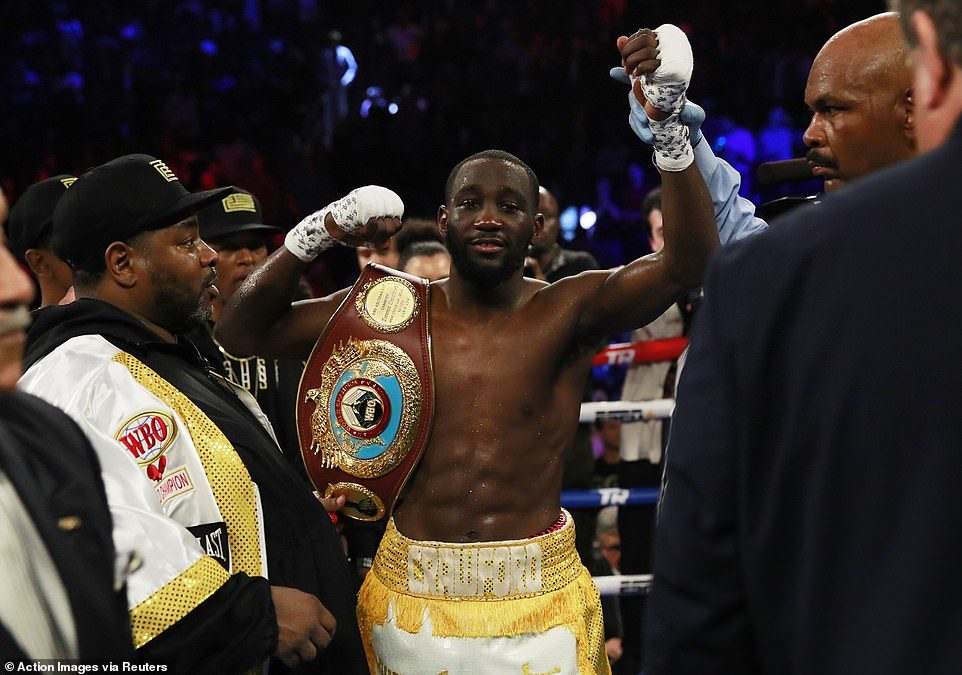 Crawford hit Khan with a hard, low shot and the referee called for a break as both fighters went to their respective corners. After video review, it was clear Crawford’s punch was a clear shot to the leg and not the midsection. Khan was heard saying after the fight that he can “feel it in his stomach.” Khan’s trainer Virgil Hunter stopped the fight and most fans pretty much know why he did so.

Crawford already knocked Khan down in the 1st round with a right followed by a left to the suspect chin of Amir Khan. This was just the beginning. Crawford began unleashing on Khan in every aspect as he attacked the head and chin of Khan and then moved to the body shots that hurt Khan.

Virgil Hunter knew that Khan had no shot at winning this fight and was just minutes away from catching the final knockdown that would have kept him out for the 10-count, so he threw in the towel. It wasn’t crazy to believe Khan was done as all three judges at the time of the stoppage had Crawford winning big. The three judges had the score respectively at 49-45, 49-45, and 50-44, all to Crawford.

After Crawford was announced as the winner and retained his WBO welterweight title the speculations began on what he would do next. In his post-fight interview, he was asked about who he wanted next and everybody knew what name needed to be said: Errol Spence.

This is a fight the boxing world needs as these two are at the top of the pound-for-pound and still in their primes, but the fighters’ rivaled promoters are believed to be the reason why this fight may not happen. Both fighters called each other out, Crawford this past Saturday and Spence did so after his big win against Mikey Garcia back in March.

Crawford is with Top Rank and looked after by Bob Arum, while Spence is with Al Haymon of Premiere Boxing Champions. After Crawford called for Spence Saturday night, Bob Arum stepped into the ring and said there is one man standing in the way of this potential super fight and that’s Al Haymon. He stated Haymon was scared for his fighter to be beaten by a Top Rank boxer and called for fans to boycott the PBC shows until Haymon agrees to the super fight.

Crawford is the WBO Welterweight champ while Spence is the IBF Welterweight champ. What we need is a unification fight. This would be the fight of the year and could go down as one of the best fights. What boxing can’t do is drag this out for years and ruin the hype and high earnings potential this fight would bring. They did it with Mayweather and Pacquiao, and it is currently happening with Wilder and Joshua.

Yes, Mayweather and Pacquiao happened; but it was late and both fighters were still good, but not in their primes. Wilder and Joshua is another fight the boxing world needs, but Joshua is not jumping for the occasion and it is hurting what could be an amazing fight.

We do not need this to happen with Crawford and Spence. This fight needs to happen as soon as possible. The Welterweight is by far the best weight class right now with names such as Crawford, Spence, Garcia, Thurman, and Porter, so why not have two phenomenal fighters like these go face-to-face?

With both fighters wanting this and all fans around the world wanting to see this, these two promoters need to agree to terms on a 50-50 split TV deal. When that happens, all eyes will be on this fight. This would be the “Mega Fight!”