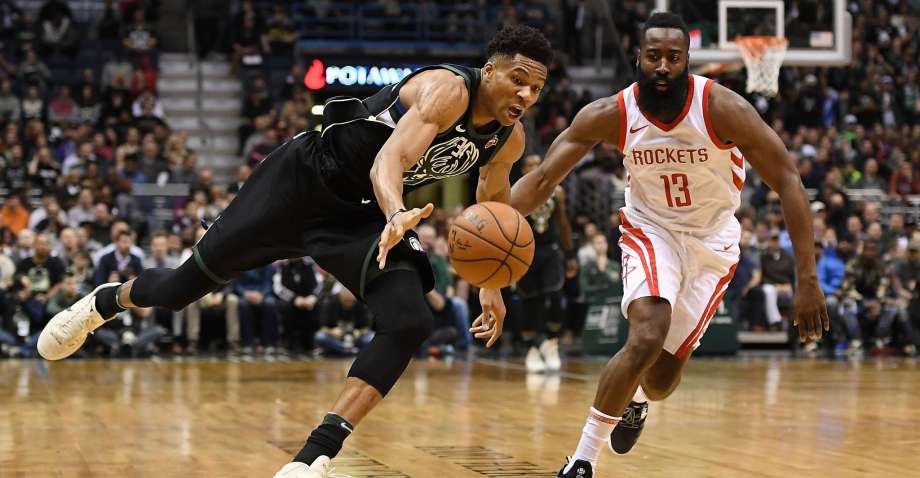 What James Harden did this season was beyond words. Every time he stepped on the floor; he was an offensive nightmare. The Rockets guard averaged 36 points per game on 44% shooting. He is the first player to put up those type of numbers since Michael Jordan averaged 37.1 points per game on 48% from the field in 1987. He is the first player in NBA history to average at least 36 points, 7.5 assists and 6.6 rebounds per night for an entire season.

What James Harden did this season was historical. He did everything in his power to keep the injury riddled Rockets afloat. With Chris Paul missing 24 games and Clint Capela missing 15, Harden had to put his best foot forward night in and night out. What he did this season was nothing short of remarkable. While Giannis Antetokounmpo makes a great case to be crowned the MVP of the league, it’s not good enough to overtake what James Harden was able to pull off this season. While Trae Young might have made the race interesting down the stretch, Luka Doncic should run away with this award. Only two players in NBA history have averaged 21 points, 7.8 rebounds and 6 assists per game in their rookie season. Those two players are Oscar Robertson and Luka Doncic. Doncic has the edge over Trae Young in almost every statistical category. Luka leads Young in points per game, rebounds per game, field goal percentage, true shooting percentage, win shares, and player efficiency rating.

Just like Harden, Doncic has had a historical season. From his lethal step backs, to his crazy buzzer beaters, Luka was far and away the best rookie in the NBA this season. He should be a fun player to watch as his career progresses. The duo of Luka and Porzingis in Dallas next season should be exciting.

Most Improved Player of the Year: Pascal Siakam (Raptors) Pascal Siakam made his presence known this season. The Raptors forward jumped from 7.3 points per game last season to 16.9 this season. Not only did he see a career high in points, but he also put up career numbers in rebounds, assists, steals, and blocks while shooting an efficient 55% from the field. He even added a reliable shot from deep, shooting 37% from the three-point line, compared to his 22% from the year before. Siakam ranks 16th in the league in win shares and 16th in true shooting percentage. He went from being an athletic wing that the Raptors would throw out there for defensive purposes to an elite two-way player who can score in the paint and shoot from the perimeter while being able to guard the opposing team’s best player.

Siakam is a great talent who hasn’t even scratched his ceiling’s surface. The former 27th overall pick has blossomed into one of the best young players in the league and deserves to take home this award. I have Rudy Gobert winning a tight race for Defensive Player of the Year over Paul George. While George leads the league in steals per game, Gobert has the edge over the Thunder’s All-Star in blocks per game, defensive rating, defensive win shares, and defensive plus/minus. The Jazz center averages 2.3 blocks per game and 1 steal per game. It’s easy to see Paul George as the league leader in steals and immediately crown him as the league’s best defender, but Gobert has the edge over George in too many categories to not take home this prestigious award.

The French big man strikes fear in every opponent who challenges him inside the paint. He has the tough task of anchoring one of the best defensive teams in the league and has proven himself capable of doing so. Gobert is the reigning Defensive Player of the Year and deserves to take it home once more. This is a familiar face when talking about the Sixth Man of the Year. Lou Williams has taken this award home twice before with two different teams and is looking to snag it for a third time. The NBA journeyman averaged 20 points per game on 43% shooting while not starting a single game this season. While Derrick Rose had a story book season with the Timberwolves and Domantas Sabonis helped lift the Pacers with solid numbers, nothing comes close to what Williams was able to do this season.

When it is all said and done, Lou Williams will undoubtedly be considered one of the best players to ever come off the bench. He has always been able to put up solid numbers without having to start the game. This year was no different. This was a toss up between Mike Budenholzer and Doc Rivers. While Doc Rivers was able to lead a less-than-worthy Clippers team to the 8th seed in the West, Budenholzer turned the 7th seed Bucks of last year into the 1st seed this year. With the help of MVP candidate, Giannis Antetokounmpo, and a great supporting cast, Budenholzer led the Bucks to the best record in the NBA.

This isn’t the first time Budenholzer has sat on top of the Eastern Conference. The former Hawks coach led Atlanta to a 60-22 record and the 1st seed in the East back in 2015. Budenholzer has done it again, leading the Bucks to a league best 60-22 record as well as the best home record in the NBA. The Bucks coach has had a fantastic season and looks to carry the momentum into the playoffs.