The Chicago Bears: Silent, but Deadly? 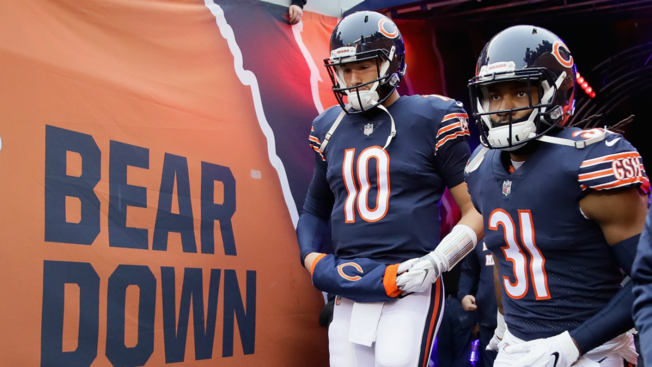 The Chicago Bears are coming off quite an extraordinary year. They finished 12-4 on the year and took the reigns of the NFC North. A lot of this success can be attributed to Matt Nagy and his influential coaching style and perspective. As we all know, all good things come to an end. But, will these good things come to an end? The Bears defense was one of the best, if not the best in the NFL last season with the addition of Khalil Mack. Having the coaching of defensive coordinator and mastermind Vic Fangio was also a part of their success. Well, Vic left for the head coaching job in Denver and as a Bear fan, I, as well as many others, couldn’t be happier for him. The Bears were an all-around fun team to watch last season. If it was not Eddie Jackson picking off Matthew Stafford and taking it for six, it was Mitch Trubisky or Tarik Cohen showing what they can do with their legs. Ryan Pace and Matt Nagy had all the pieces (for the most part) to go on a title run last year. If it was not for a Cody Parkey double doink, maybe it could have been Mitch vs the GOAT in Superbowl LIII. The Eagles were the Bears kryptonite in the playoffs and they were the only team keeping them away from a shot at the Lombardi trophy. There’s always next year, right? Next year is now- and it starts with free agency leading up to the draft. Let’s take a look at a recap of the Bears offseason thus far.

A lot of change in the offseason for the Bears, but a lot to like about this. Honestly, the biggest question is how well the defense will perform under Chuck Pagano. Pagano said he’s going to learn the Bears’ system and tweak and add more to it. Pagano uses blitz packages whereas Vic Fangio never blitzed. The team addressed one of the most obvious issues being Cody Parkey and added a few names to complete for that job. They may even draft a kicker in the latter rounds.

They freed up a big amount of cap space by restructuring numerous contracts. They added a well needed weapon in Cordarrelle Patterson, who can virtually do anything for you. Matt Nagy will surely have fun with this addition. Not to mention what Patterson brings to the return game. Josh Bellamy, a well-liked asset in special teams, is replaced by Marvin Hall, who adds take the top off speed into that WR room. Jordan Howard was traded for a low price, but in retrospect, they needed to get something for him as he had little to no value after the signing of Mike Davis. Look for the Bears’ to draft a RB in rounds 3-5. Finally, the biggest thing to take out of this for me is that Ryan Pace did not overpay for players. Adrian Amos and Bryce Callahan both collected big, well-earned pay days, but Ha Ha Clinton-Dix and Buster Skrine can come in and do just as well or even better with a stacked defense around them. Buster Skrine is very explosive and look to see Pagano use him in many different ways, including blitzes. Ha Ha is hungry and he signed a 1 year “prove it” deal as he replaces Adrian Amos. Clinton-Dix will have a Pro-Bowl year for the Bears and he will get PAID next year. He’s a playmaking safety alongside his former college teammate from Alabama Eddie Jackson and surrounded by elite talent. As much as I wanted the Bears’ to scoop up Kareem Hunt for a low price, I’m glad they didn’t pay up for Le’Veon Bell. They have most of the pieces they need for this coming year. It will be interesting to see what they do in the draft. April 25th, hurry up already!