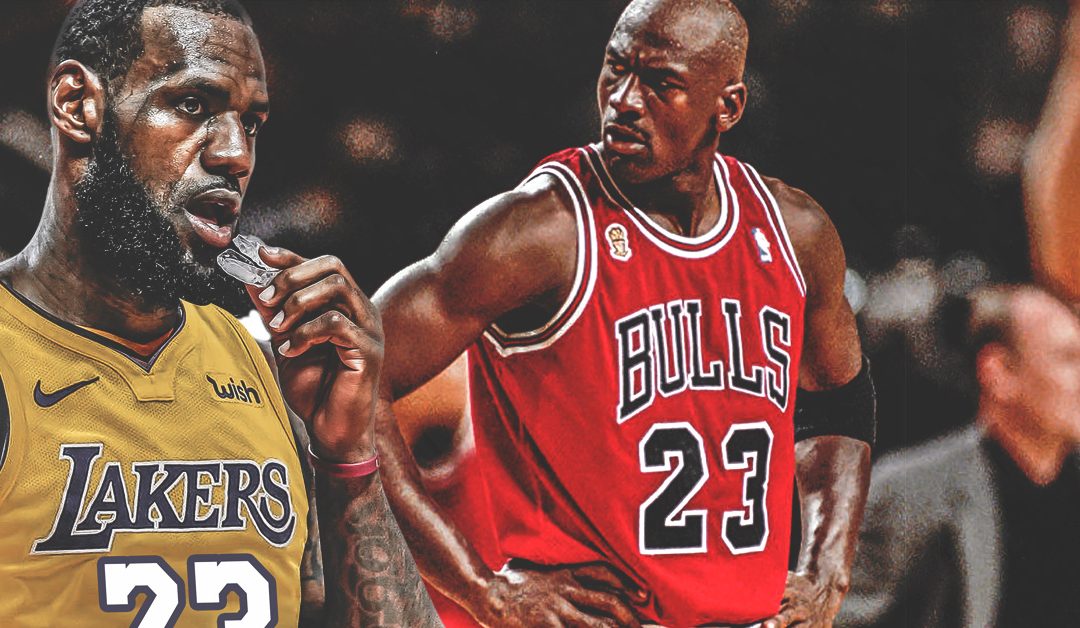 There was a time not too long ago when to me, LeBron James had a very good case as the new greatest player of all time, finally surpassing “His Airness” Michael Jordan on the all-time great list.  This was before James declared himself the greatest of all-time in his documentary. This was before he chose a questionable basketball situation and brought his talents to Southern California this year. And it was certainly before his LA Lakers failed to make the playoffs, even though he did put up good numbers and was battling an injury for the first time in his incredible career. There is just something about the failure of this Lakers season and the tinge it puts on LeBron’s career that is hard to shake.  This is coming from the point of view of a LeBron fan and supporter in general, although things like “The Decision” and the collapse against Dallas in the NBA Finals in 2011 are notable marks against James’ legacy. The accomplishment of getting to eight straight NBA finals and the epic comeback against the Warriors in 2016 are examples of the highlights that bolster the lore of LeBron James.

Michael Jordan won six NBA Finals and never lost a single Finals series he played in. That’s something LeBron can’t say, but Jordan didn’t go to eight straight either. He probably could have if he hadn’t gone and played baseball for two years (which is a blemish on MJ’s otherwise perfect legacy), but who can say for certain? Jordan was the NBA Finals MVP in all 6 of his Finals appearances. LeBron was the NBA Finals MVP in all three of his Finals victories, and the case can be made that he should have won the Finals MVP over Andre Iguodala in the 2015 NBA finals even though the Cavs lost. LeBron averaged 35.8 ppg, 13.3 rpg, and 8.8 apg, without Kyrie Irving or Kevin Love due to injuries.

Again, Jordan never lost in the NBA Finals, but he also never played a team as good as Golden State.  With that said, Jordan wouldn’t have lost to Dallas in 2011 (probably). The fun thing about this debate is even with statistics, it’s subjective and somewhat based on intangibles. Jordan was the better scorer (he averaged 30.1 ppg for his career and won the scoring title 10 times) compared to LeBron’s 27.2 ppg for his career, and only one scoring title in the 2007-2008 season. This is partially because LeBron is the better distributor. LeBron averages 7.2 apg for his career, which is better then Jordan’s 5.3 apg.  LeBron had a super team in Miami, but also some terrible teams in Cleveland, and an awful team in LA this year. Jordan had one of the two best teams of all-time, but both players made the guys around them better, albeit with totally different leadership styles. LeBron has 4 league MVP awards, but Jordan has 5 MVPs. They both are 3-time NBA All-Star Game MVPs, and Jordan was a 14-time all-star, while LeBron has 15 all-star appearances and counting. James has 14 All-NBA selections and Michael had 11, but Jordan has 9 All-NBA Defensive selections to LeBron’s 6, and Jordan was the league leader in steals 3 times.

Statistically, Jordan may have a slight edge; but the case can be made for LeBron, especially if he is able to get another title, MVP, and/or a few more accolades before he retires.

But it is about more than just statistics. Both Jordan and LeBron were the NBA Rookie of the Year, they both were considered the best player of their generation, and both were in the NBA Finals year after year. Jordan never lost the big one, and it took LeBron a while to get his first, and he lost at least one he shouldn’t have. Jordan left the game in the middle of his prime, to play minor league baseball. It doesn’t show up in statistics, but he was reeling emotionally after the tragic death of his father, and was a little bored with dominating the early 1990’s so handedly.

LeBron on the other hand was the most hyped up athlete of all-time (Zion Williamson is next). Prior to him coming into the league straight out of high school and signing a $90 million shoe deal, before stepping onto a NBA court, no player had been that hyped. People were calling him the next Jordan before he made his first field goal. Most of the time, players don’t live up to that kind of pressure and hype, but he did. He wowed the league for years with his unprecedented combination of size and speed, scoring ability, and floor vision. He exceeded expectations, and was the best player in the league for over a decade, just like Mike.

As it stands right now, LeBron is the second best right behind his idol, Michael Jordan. He came very close to surpassing him. Maybe if James had gotten to 10 straight NBA Finals and won at least five of them, he could have surpassed him as the goat. LeBron has already passed Jordan in total points, assists, and rebounds, and that matters, but it won’t be enough to de-throne Michael. Maybe, just maybe, he can help lead the Lakers to another era of dominance and come close or even tie Jordan for NBA championships, but until then the argument should be postponed. Jordan took two prime years off to bat .202 for a minor league baseball team, and LeBron joined the Lakers and ended his NBA Finals streak with a season that turned into a load management year for him. The two best players in NBA history were both incredible, but neither of them perfect, and of course there will be some old timers that say “Nope you’re wrong! The best player ever was Wilt Chamberlain, or Bill Russell, or Kareem Abdul-Jabbar.”