10 Reasons You Should Be Excited About the National Championship 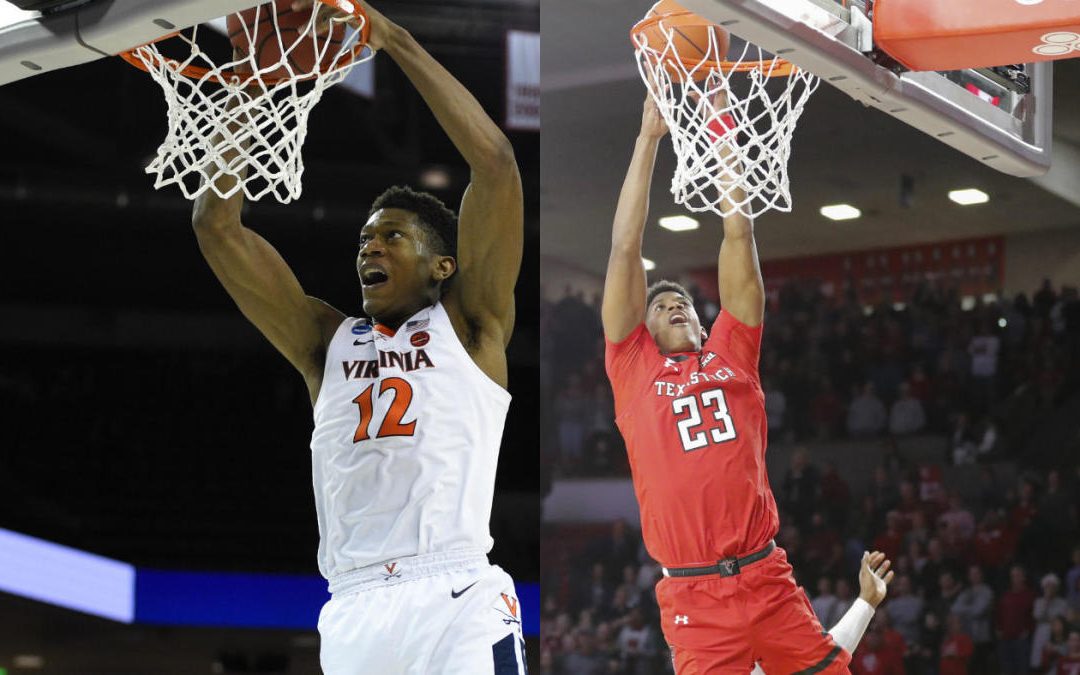 recent memory. Both of these teams play great team defense, which has

dominated the tournament so far. Texas Tech is the number 1 rated team in

Adjusted Defense in the KenPom rankings, while Virginia is ranked 5th.

Regardless of who wins, we will have a first time champion in this year’s

tournament. Virginia and Texas Tech are both competing in their first

national championship in their school’s history.

that averages 14.9 ppg and plays excellent defense. Jarrett Culver is a

sophomore guard that averages 18.6 ppg and 6.3 rpg. Get to know these

guys; they may be on your favorite NBA team next year.

4: Up and Coming Superstar Coaches

You’ve heard of Coach K, Roy Williams, and Coach Cal.  But all of those

guys are on the downside of their careers. This National Championship

will feature the two brightest up-and-comers in the coaching profession.

Tony Bennett for Virginia is only 49 years old, and Chris Beard of Texas

Tech is 46. Get a look at them now; you’ll be fighting over them when

the Masters this week? Get yourself a taste by watching the CBS coverage

on Monday Night. Nantz will be giving the play-by-play and a very cheesy

phrase for whoever wins. Listening to Nantz is “a tradition like no other.”

Both teams feature some great college guards. Virginia’s backcourt of

Kyle Guy and Ty Jerome are two of the best in the country.  Both are guards

that can shoot, play defense, and initiate the offense. Texas Tech’s Matt

Moretti, is shooting 50% from the field and averages 11.4 PPG this season.

seed in last year’s tournament. Virginia fell to the fighting Retrievers of

UMBC in a game that allowed us to make fun of Virginia for a solid year.

Although we all cheer for different teams, we can all rally around our

shared hatred for Duke. Somehow, ESPN will attempt to incorporate a

through his eyes as he eats pizza unlike any human we have ever seen.

From Coach K’s rat face to all of those dumb “Brotherhood” mantras, you

know we all hate Duke. Your team might not be playing on Monday night,

but at least Duke isn’t either. Be happy!

9: The Beginning of a Virginia Dynasty?

This Virginia team will return most of its players to next year’s team.

championship run for the Cavaliers?  They are only expected to lose

DeAndre Hunter to this year’s draft and will return Kyle Guy, Ty Jerome,

Kihei Clark, Mamadi Diakite, and Braxton Key. If this team wins on

Monday night, they could very easily be the favorite to repeat next year.

The main reason to watch this game is that Texas Tech will win.  They

have lost the last two rounds, and tonight, their luck will run out.

Witness history as Jarrett Culver leads the Red Raiders to the championship!

Texas Tech will defeat Virginia in a low scoring game, 62-57.