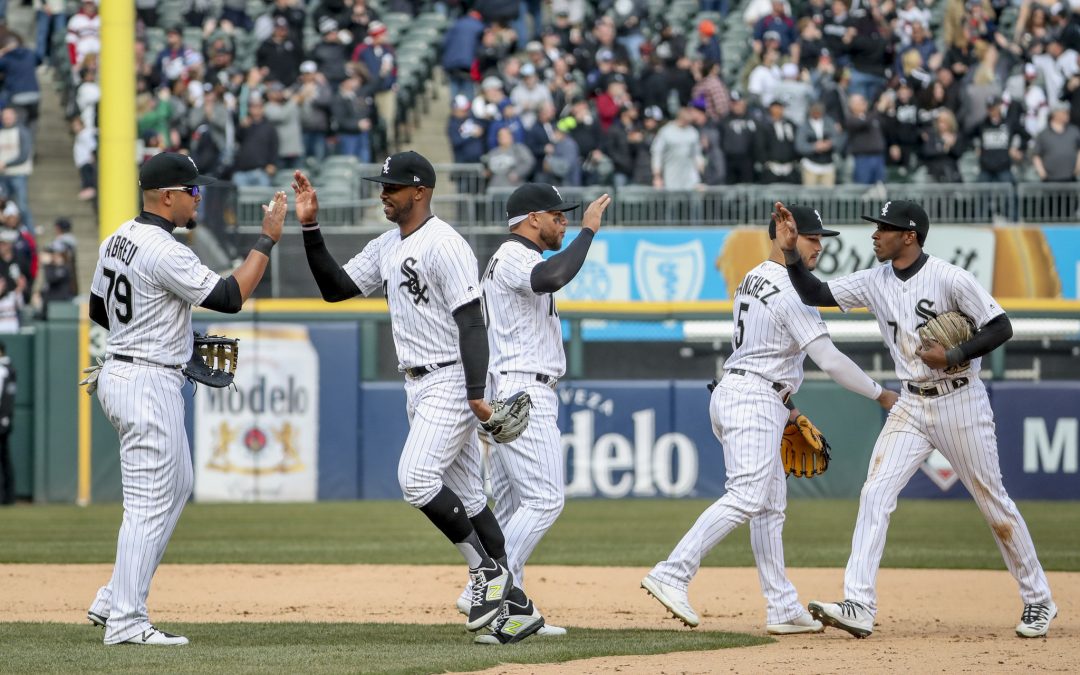 There was a different feeling on this home-opener compared to others for White Sox fans. A red-hot Yoan Moncada and company were ready to host the best team in baseball in the Seattle Mariners.

Sox hurler Reynaldo Lopez gave up a first inning home run to Domingo Santana that put Chicago behind 1-0, but the offense would answer back in the bottom half. With Yusei Kikuchi on the mound for Seattle, Leury Garcia led off by reaching on an error by Tim Beckham at shortstop. Tim Anderson followed with a single up the middle to put runners at second and third. Jose Abreu forced two errors by Beckham in one play on a ground ball: one fielding, one throwing. On that play, Garcia rounded third and scored to tie the game at one. Welington Castillo walked to load the bases for Yoan Moncada. Moncada, from the right side of the plate, drove a ball into right-center field that Mallex Smith kept from going out of the park, but could not make the catch. Two runs scored to give the White Sox a 3-1 lead.

Just an inning later, Adam Engel led off with a double to left. Garcia laid down a bunt to the right side on a full-count pitch and reached first safely as Engel moved to third with no outs. With Anderson up, Garcia swiped second and was singled home with Engel by the new proud father to give the Sox a 5-1 lead. Abreu singled to right and pushed Anderson to third. Castillo followed up with a double-play ball, but it scored Anderson, extending the lead to 6-1.

A half-inning later, the Mariners would climb back. Dee Gordon and Smith would walk to put two on. Mitch Haniger flied out to Engel, but Gordon and Smith were able to advance to put runners on second and third. Santana was out on a ground ball that scored Gordon, making it 6-2 White Sox. Shortly after, Beckham would score on a deep sacrifice fly by Ryan Healy to make it 6-3. In the fourth, Daniel Vogelbach hit a solo home run off of Lopez to inch the M’s closer at 6-4. In the sixth inning, Healy tied the game at six with a two-run home run off of Lopez. Jace Fry relieved Lopez in the inning, but Haniger welcomed him with a two-run home run to give the Mariners an 8-6 lead.

Cory Gearin came in to pitch for Seattle in the seventh and the wheels fell off. Back-to-back walks to Garcia and Anderson put two on with no outs. On a ground ball off the bat of Abreu, he, Anderson and Garcia were safe to load the bases. Castillo was immediately hit by Gearin, which forced in a run to make it 8-7. This chased Gearin from the game and brought in Zac Rosscup to face Yoan Moncada. Moncada battled and hit a two-RBI single to give the Sox a 9-8 lead.

Kelvin Herrera came in and pitched a perfect eighth inning. Anderson, in the bottom half smacked a solo homerun off of Seattle reliever Chasen Bradford to extend the Sox lead to 10-8. Alex Colomé would pitch a perfect ninth to lock it down, earning his second save in as many attempts. Ryan Burr, who came in to relieve Fry, earned the win (1-0). Gearin was stamped with the loss (0-1). The White Sox improve to 3-3 and the Mariners are now 7-2.

The clubs will play the second of three tomorrow at 1:10pm CT. Mike Leake will take the ball for the Mariners and Lucas Giolito will be on the mound for Chicago.