Blackhawks’ Kane Scores a Pair in Routing of Stars 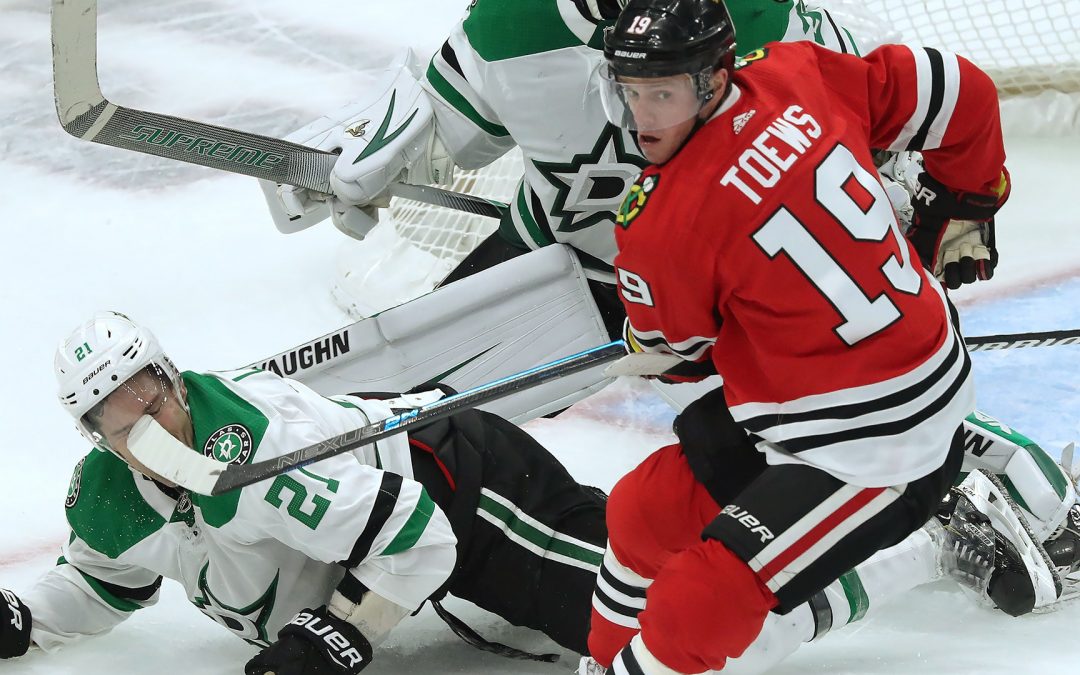 The Chicago Blackhawks played host to the Dallas Stars for their final home game of the season and did not disappoint another sellout crowd.

In the first period, Patrick Kane got the scoring started with a quick wrister that Stars’ goalie Anton Khudobin could not stop, making the score 1-0 Blackhawks. Corey Crawford came up gingerly in the first period after sliding post-to-post and was replaced by Cam Ward to start the second period.

In the second period with Cam Ward between the pipes, Chicago poured home three more goals. Dominik Kahun batted home a loose puck with Brandon Saad in the neighborhood to make it 2-0. Just two minutes later, Chris Kunitz squeaked one across the goal line that was called no goal initially, but was reversed after a review. Kunitz’s goal gave the Hawks a three-goal lead as he received a big reaction from his teammates on the bench. Dylan Strome added his third goal in five games just three minutes later to extend the lead to four. On that goal, Erik Gustafsson recorded an assist and joined six other defenseman to reach 60 points.

Just 44 seconds into the third period, Slater Koekkoek joined the action with his first goal in a Blackhawks’ sweater, making it 5-0 Chicago. On a power play, the Stars got on the board when Joel L’Esperance found the back of the net to make it 5-1. This was the fifth power play goal given up by the Hawks in as many games, but the eighth power play goal by Dallas in their last six contests. With 3:49 left in the game, Kane scored his team-leading 44th goal of the season and second of the night to make it 6-1. It was also Kane’s 12th multi-goal game of the year.

This was the 21st game of the season that the Blackhawks scored five or more goals. The team concludes their season going 19-14-8 at the United Center. Chicago will play their final game of the year tomorrow night against the Nashville Predators.