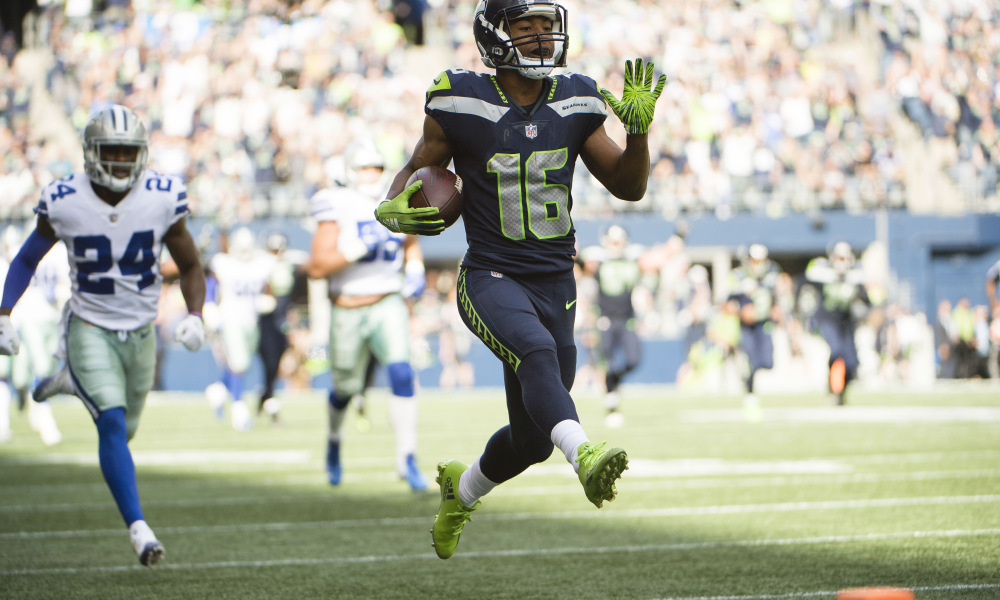 Every year in the fantasy football world, players will disappoint fantasy owners in terms of production on the field. Fantasy owners everywhere can agree that the worst feeling is when you spend a top pick on a player that ends up not producing. Listed below are two players that are being too overhyped and will under-perform based on their current average draft position.

Coming off a scorching hot season, this Seahawks wide receiver is drawing plenty of interest from fantasy owners. But, he is a little too overhyped and is not going to produce at the level most fantasy people expect. Here is why:

Being drafted at an ADP of WR27 is basically implying that he is slotted for a WR2/Flex role, giving him the role he took over last year. A quick glance at his numbers from last year should draw concern for PPR fantasy owners as he only had 57 catches, but the bulk of his points came from his 10 touchdowns. For me, when it comes to wide receivers in PPR scoring I want to rely on target share and receptions, not touchdowns like Lockett relies on. In terms of target share and red zone targets, Lockett ranked 58th in targets and 86th in red zone target share, which proves his lack of volume. The stat that tops this off for me is that the Seahawks ranked dead last in pass plays per game, and it is not looking like that will change as the team features a mobile QB and two capable running backs. I am fading Tyler Lockett for the 2019 fantasy season, and you should too.

The Patriots backfield has always brought confusion to fantasy owners, and this year is not going to change. Their current platoon consists of 3 quality backs. For some reason, Sony Michel is gaining more attention that the rest, and there are not any stats to back-up that reasoning.

As of today, Michel is being drafted at RB16, placing him as a high end RB2 with the hopes of an RB1 finish. In the Patriots crowded backfield, the chances of that are slim. In the last seven years, the Patriots have never had back-to-back seasons with a 1,000-yard rusher. Michel, who had 931 yards (missed 3 games), is not looking like he will repeat the numbers he had last year. With a production premium of -27.0, and lackluster yards per touch and yards per carry, I do not envision a high-end RB2 finish for Michel. The hype that built around him primarily came from the excessive number of touchdowns he recorded in the postseason. Sort of like Lockett, Michel relies heavily on touchdowns. With two other running backs and plenty of other offensive weapons in the system, I will be looking elsewhere to find my RB2 for this season.