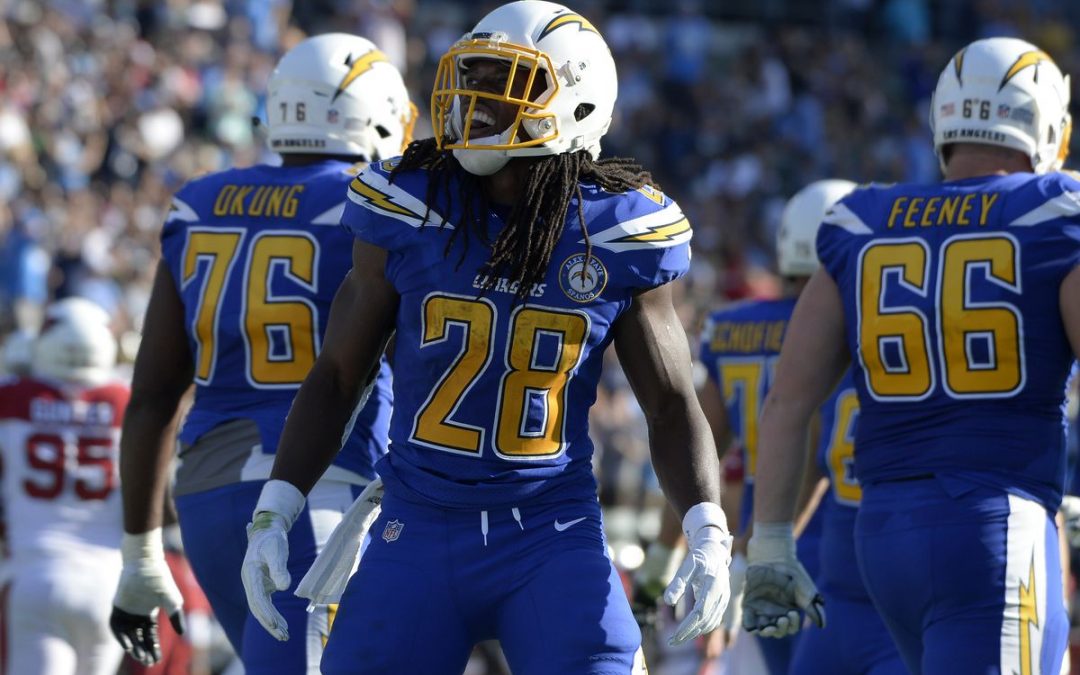 A fantasy powerhouse is a solid way to describe the Chargers offense, and there is no reason for it to slow down this season.

Rivers has been solid in fantasy for a long time, but he has never been fantasy elite for an entire season. 2013 was Rivers’ best fantasy season as he finished as QB5. Needless to say, the 2019 fantasy football season is just going to be another “good” season for Rivers. Rivers is being drafted as QB14 in mock drafts as of today and that is about where he will finish. Rivers is going to be a week-by-week streamer for the 2019 season, just as he has been for a while.

As a top fantasy running back, you expect big numbers week in and week out, and Melvin Gordon was able to provide that, except when he missed all 3 weeks of the fantasy playoffs. That is the reason why he is getting put aside when it comes to classifying him in the same tier as McCaffery, Kamara, and Gurley. Gordon missed 4 games last year and finished 3 points away from finishing as RB5 and 64 points away from finishing as RB4. After averaging 22.6 points per game, it is not unrealistic to assume Gordon could have finished as RB4 if he stayed healthy. Yes, there is always going to be health concerns for him, but I am super high on Gordon this year. If you do draft Gordon, make sure to handcuff him with Austin Ekeler just to be safe.

This offseason in the fantasy industry, there seems to be a quiet hype train for Keenan Allen. Do not hop on this train. Being drafted as WR11, Allen is projected to be a borderline WR1. Looking at his numbers, there is no way he can fulfill that role. Allen strictly gets his fantasy points from his receptions, as he was 2nd in target share among receivers, but only netted 6 touchdowns last year. Being on a team that was 26th in pass plays for the season, Allen did not have many chances to get those catches, and he is not the main red zone target. With a team that underproduced in the passing department last year, Allen should not be getting drafted so high when we don’t know if the Chargers will pass more.

I put these two together since these two players will get the majority of the team’s red zone targets. The departure of Tyrell Williams leaves an opening for 5 touchdowns and 7 red zone targets. I am not super confident in these guys as I think one of them will get that red zone role and the other would be left out. So, if you are betting on one of these guys breaking out, I would advise to stay away and look elsewhere for a breakout.

The Chargers will continue to be a solid fantasy team year-in and year-out. Owners will get their money’s worth when it comes to drafting players from this team.