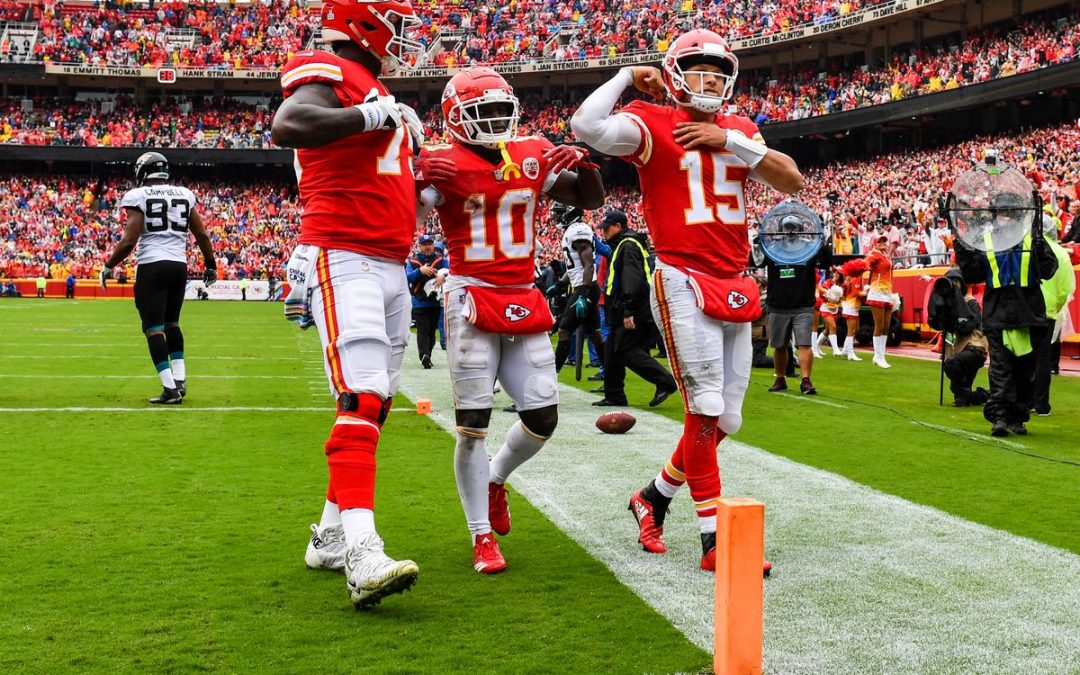 I never thought it would be possible to have a fantasy offense as good as the Chiefs did in 2018. This offense is basically the Golden State Warriors of fantasy football, and I don’t expect it to slow down in 2019.

Everyone can agree that Patrick Mahomes is the QB1 for the 2019 fantasy season, and I have no doubt in my mind that Mahomes will finish as the QB1. Still, Mahomes in redraft PPR leagues is being drafted at the 2.10, which is outrageous. People are passing on guys like JuJu Smith-Schuster and Nick Chubb to take a QB. Yes, you can argue that the next highest QB will score 50-70 points less than Mahomes, but by not taking a solid RB or WR in the first 2-3 rounds, you are left with a huge gap for the rest of the season. There is no point in taking a QB that high in redraft leagues as other positions are more important. Pass on Mahomes in rounds 2 and 3 and strengthen other positions on your roster.

Williams is a very intriguing prospect that I am starting to love more and more as the offseason progresses. With Williams, owners are just waiting to see if the Chiefs add another back to the group in the offseason. They did add Carlos Hyde who will get some goal line work, but if the Chiefs do not add anyone else, I am loving Damien Williams for the 2019 season. Williams showed he can be a solid RB1 by averaging 21.8 PPR points per game in the final 4 weeks of the season, and he was a beast in the NFL playoffs as well. He is also being drafted at 3.04 as of today, which would be an absolute steal. Williams without anyone else in the RB mix would have an easy path to a RB1 in this high powered offense.

Tyreek Hill, a fan favorite, is in a position to have another great season. As long as he has Mahomes as his quarterback and is a part of the highest scoring offense in the league, Tyreek Hill will finish as a top 5 WR. When it comes to drafting Hill, it is all about if you prefer consistency in your lineup. If you can risk having Hill score 5 points in a week, then he is a great fantasy player. But if you need to rely on him to score 25+ to get the win, you may want to take a different path and draft a guy like Davante Adams or Julio Jones.

It is hard to provide quality analysis for Watkins in this offense as he only played in 9 games last year. With Watkins being super injury prone and the 4th option in this offense, I see no reason to take a risk on drafting him. At his ADP today, you can draft Robby Anderson or Corey Davis instead, both of whom provide much more upside. Stay away from Watkins and focus on the other weapons in this offense.

Kelce falls into the same category as Mahomes, but just at a different position. Landing in the top 2 in basically every stat category, Kelce isn’t slowing down when it comes to fantasy production. The only difference between Kelce and Mahomes is that I am absolutely content with drafting Kelce in the second round as the gap between the top 3 tight ends and the rest is much larger than the gap between Mahomes and other QBs. I love Kelce for the 2019 fantasy season, and I totally expect Kelce to repeat as the top tight end in fantasy football.