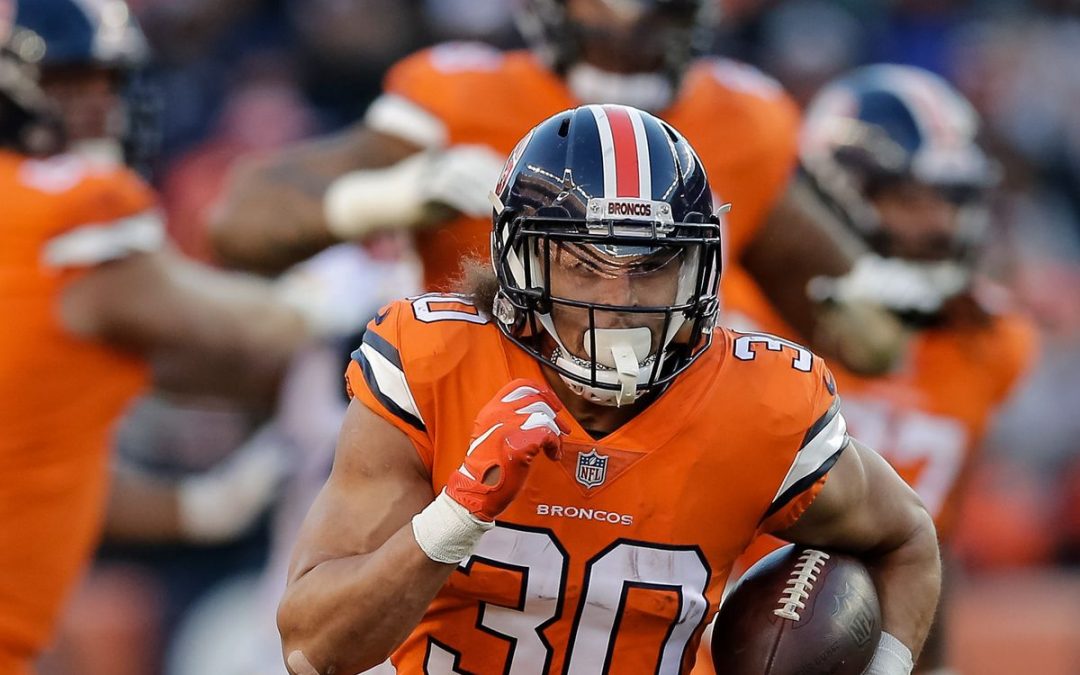 Yet again, a very disappointing season in terms of fantasy for the Denver Broncos. With only two fantasy relevant players in Emmanuel Sanders and Phillip Lindsay, the Broncos have a lot of work to do before returning to fantasy elite. Listed below are my analysis and projections for some of the Broncos players for the 2019 fantasy season.

There is no league format where Flacco will even be rostered. Being drafted as QB25 in mock drafts, I would much rather have a guy like Matt Stafford or Derek Carr, who both easily have more upside. With the underwhelming offense the Broncos already have, stay away from Flacco in all formats.

After finishing as one of the top waiver wire adds of the year, Lindsay is expected to be in line for another top 20 fantasy RB finish as he is being drafted at RB21 in mock drafts right now. He is in a tough draft spot as he is right around the same ADP as Aaron Jones, Kerryon Johnson, Derrick Henry, and Mark Ingram. In that group of backs, I would lean on certain opportunity, so I may lean on Johnson or Henry. I am pumping the brakes on Lindsay since I am not certain Lindsay is in line to take the bulk of the carries again.

Freeman is probably going to be my favorite piece from this team in terms of fantasy outlook, as I think Freeman will get equal if not more carries than Lindsay. Rich Scangarello, the new offensive coordinator for the Broncos, will look to revamp this offense and return it to fantasy relevance and that starts at the running back position. Though it is not certain, Scangarello should take a similar approach as to what the 49ers offense looked like, which will favor Freeman over Lindsay. The 49ers ran 56% of their plays from under center and 61% of their under-center plays were run plays. That stat heavily favors Freeman as he was 7th in under center carry rate among running backs. Don’t automatically draft Freeman as a starter in your lineup, but he will be a better pick compared to Lindsay for the 2019 fantasy season.

I grouped all of these guys together to show that none of these Broncos WRs really stick out to me. With Sanders being hurt, Hamilton with a small game sample, and Sutton not fitting Joe Flacco’s offensive scheme, I just do NOT like any of these WRs for the 2019 season. Sanders’ ADP is 7.06 as of today, and that may be too high as I would rather take a chance on a guy like Robbie Anderson at that ADP since he at least will have a more up-tempo offense and a better chance to have big games. So for this season, I advise to draft these Broncos WRs with caution.

This offense brought hope to many lineups last year, but expect a big drop off in fantasy production for the 2019 season.