Blackhawks Pick Up One Point on the Avalanche in Weekend Duel 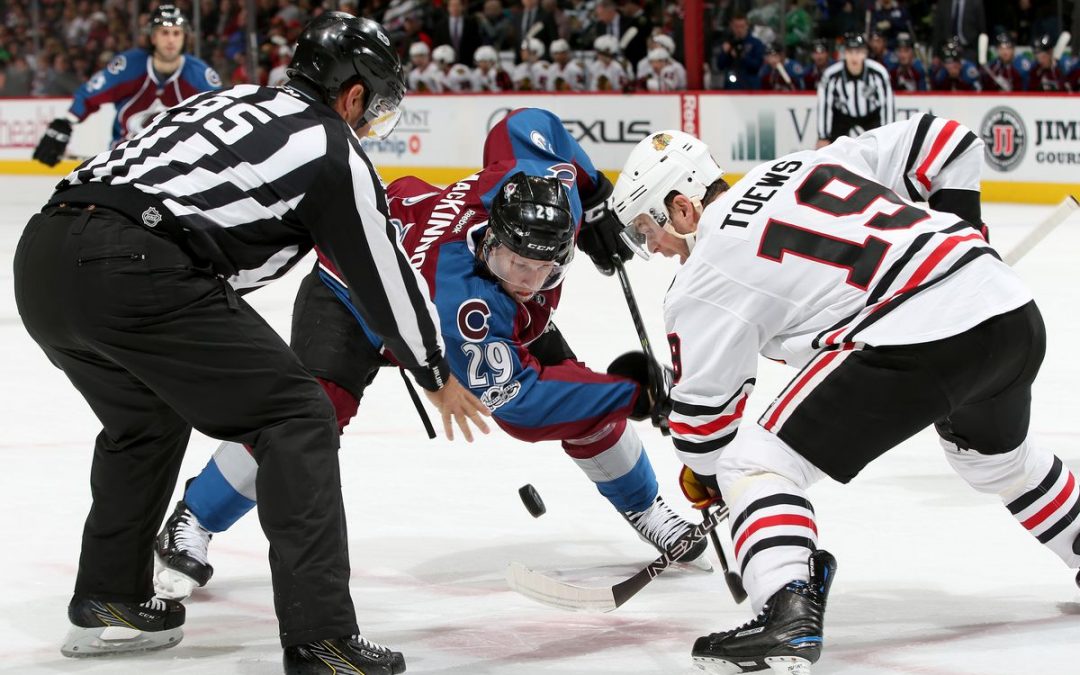 The Chicago Blackhawks came into the weekend four points out of a playoff spot with a home-and-home battle against the Colorado Avalanche in front of them.

The puck dropped in Denver on Saturday afternoon with a seemingly energized Blackhawks team, but that quickly diminished. Brandon Saad served two penalties in the first period that were killed off, as did Colorado with their lone penalty in the first twenty minutes.

Just 3:07 into the second period, Colorado’s J.T. Compher found the back of the net for his 16th goal of the year. Chicago quickly answered back when just over two minutes later, Jonathan Toews knotted things up at one with his 32nd goal of the season. The Avalanche capitalized on a big opportunity when Blackhawks’ Erik Gustafsson went to the box for holding and just 31 ticks later, David Kampf served a four-minute double minor for high-sticking. Colin Wilson was credited with the go-ahead power play goal, his 11th, giving the Avs a 2-1 lead after two periods.

Colorado quickly added insurance in the third. 1:28 in, Sven Andrighetto tipped one past netminder Corey Crawford for his sixth of the year. Two minutes later, the Blackhawks had a golden opportunity to regain momentum when the Avalanche’s Alexander Kerfoot took down Duncan Keith, but the ice-cold power play could not cash in. Just over halfway through the period, Erik Gustafsson cut the deficit in half with his 16th, making it 3-2 Colorado. At the 17:40 mark, just as Corey Crawford was being pulled for the extra attacker, a turnover allowed Colorado’s Derick Brassard to seal the victory with an empty net goal, his 13th.

Goalie Philipp Grubauer made 29 saves in the victory for the Avalanche, seeing most shots clearly with little traffic in front of him. Corey Crawford made 21 saves in his first game against Colorado this season. This extended the Blackhawks’ losing streak to three games and added a win to the Avalanche’s hot stretch, winning four in a row. Both teams would head to Chicago with the Avalanche in the last Wild Card spot and the Blackhawks now six points behind.

Head coaches Jeremy Colliton for Chicago and Jared Bednar for Colorado seemed to have all the confidence in their goalies as Philipp Grubauer and Corey Crawford were in net for back-to-back games. With the Blackhawks in their black and white Winter Classic jerseys, it was a must win inside the United Center.

The offense came out firing for the Blackhawks, but could not get anything past Grubauer in the first period.  Each team faced a two-minute minor that was killed off, Patrik Nemeth sat for the Avalanche and Marcus Kruger for the Blackhawks. Chicago led Colorado in shots headed to intermission, 14-7.

Just like in Saturday’s contest, the Blackhawks would take penalties 31 seconds apart as Marcus Kruger was called for holding and Jonathan Toews followed with a hooking minor. Alexander Kerfoot was credited with the power play goal, his 12th, that gave the visitors a one goal lead with 4:34 remaining in the second. The Avalanche would take a late penalty as Alexander Kerfoot served a boarding minor at 19:45 into the period.

It was familiar territory for the Blackhawks as they entered the third period trailing. Their last lead heading into the final frame was on the 16th of March against the Canadians (2-0 win). With Kerfoot still in the box for the Avalanche, Blackhawks’ Artem Anisimov tipped in a point shot off the stick of Brent Seabrook that got past Grubauer, which not only ended the Blackhawks’ power play woes, but tied the game at one goal each. A penalty free period and stifling defense by the Blackhawks brought the game to overtime, awarding both teams with a point.

Bonus hockey saw a Nathan Mackinnon rush for the Avalanche snuffed out by Duncan Keith. Just 1:23 into extra time, the veteran blue-liner headed back the other way and beat Philipp Grubauer with his sixth goal of the year and the overtime winner.

Chicago outshot Colorado 42-20 in the game. Corey Crawford only saw three shots from the Avalanche in the third period and overtime combined. This victory snapped the Blackhawks’ three game losing streak and also snapped the Avalanche’s four game winning streak. Colorado is now 34-29-13 (81 points) and the Blackhawks are now five points behind at 33-32-10 (76 points) with a game in hand.

In a weekend where Chicago could have used four points, they picked up just one, remaining on the brim of postseason hockey. With their playoff hopes still alive and just seven games remaining, the team will begin a three-game road trip Tuesday against another team in front of them in the Arizona Coyotes.