Canucks Relinquish Lead Late in Loss to the Devils 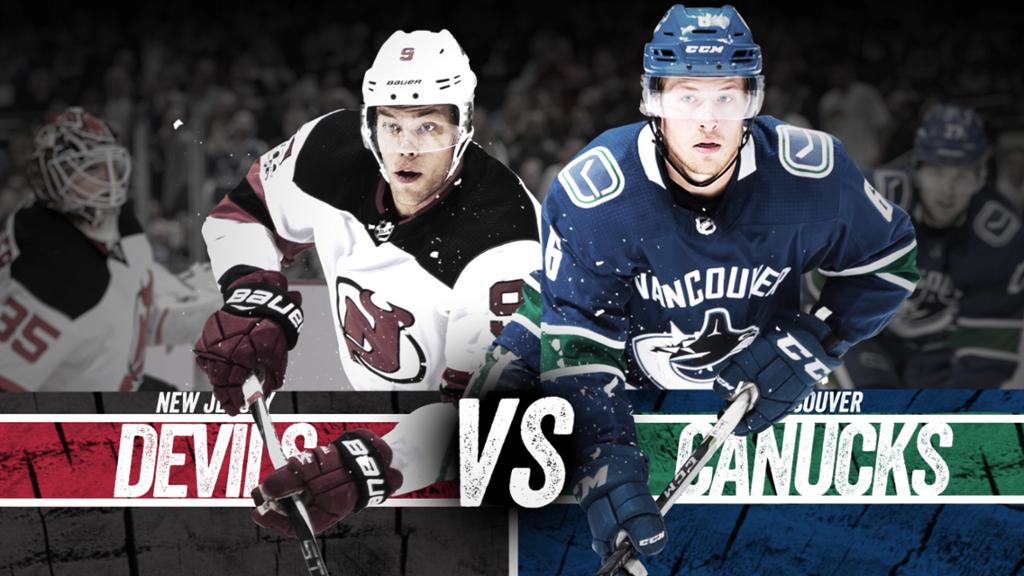 The Vancouver Canucks concluded their 3 game homestand against a banged up New Jersey Devils squad Friday night. Having lost the 2017/18 league MVP, Taylor Hall, and their former first overall pick in 2017, Nico Hischier, the Devils have been limping to the finish line. However the Devils played well Friday, dictating pace early and when facing a bleak situation down two goals late in the game, they persevered to tie up the contest and eventually take the game in a shootout. Vancouver, who is 16-2-4 when leading after two periods, failed to close the game out and also lost their frequently injured defenseman Chris Tanev for the remainder of the season.

The story entering Friday’s game was Canucks HC Travis Green reasserting underperforming Loui Eriksson back into the lineup. A healthy scratch in their previous contest, Eriksson has struggled to do what the Canucks paid him a lucrative contract to do a couple of seasons ago. That contract has proven to be a thorn in the Canucks side; 6 years for $36 million was handed to Eriksson after he scored 30 goals in 2015/16 with the Boston Bruins. Since that season, Eriksson has scored a combined 31 goals. With the team’s primary issue being secondary scoring, the $6 million per year man has not been the answer to that problem. Throughout the 70 games he’s played this season, he has only scored a measly 10 goals. Fans throughout the city have questioned his motor, and whether or not he has been mailing it in since the huge contract he got from the team. After being made a healthy scratch for the first time in his Canucks tenure, he replied nicely after Green implemented him onto the Horvat line to attempt to reinvigorate the former 40 goal scorer. Logging him 5:02 ice-time in the initial frame, 13:06 for the game, he drew the game’s first penalty and made a great slap pass to Josh Leivo in the second for a wonderful scoring chance. We will wait and see what the future holds for Eriksson, be it a potential contract buyout or an attempt to shop him in the offseason. There is no denying that he has failed to accomplish what the organization brought him in to do.

It’s been hard to believe that rookie sensation Elias Pettersson has gone more than a month without finding the back of the net. Nicknamed “Young Gretzky” — jokingly of course since no fan base is that blasphemous— the young phenom has only scored 1 goal in his last 15 games entering Friday. That burden was lifted off his shoulders on a Power Play when the puck found his stick and he used his high velocity wrist shot to beat Devils netminder, Mackenzie Blackwood. The goal gave him his 27th of his rookie campaign, and his 59th point— one behind Canucks legend Pavel Bure for most points as a rookie in the team’s history. Pettersson would net another goal; and though it was arguably the most disgusting shootout goal of the year, it does not count in the scoresheet as it came via the shootout.

Canucks Fail to Close Out the Game and Moving Forward

Vancouver came out flat-footed in the first, as they have done so frequently during this lackluster season. Reminiscent of their previous game against the Rangers, they opened up the scoring in the 2nd period on the Power Play. They continued to build upon that lead early in the 3rd period after Tanner Pearson put a weak shot on Mackenzie Blackwood. The shot, which was more like a dump-in, proved deadly as Blackwood mishandled the puck in an attempt to steer it to the boards and the puck found itself in the back of the net to make it 2-0 for the Canucks. Jacob Markstrom would make key saves down the stretch, but miscues by Canucks defense proved to be their undoing yet again. Vancouver had the best chance in the overtime frame after the Devils tied the game. Coming down on a 3-on-1, Pettersson had the puck in his stick with Edler and Leivo streaking down with him. Pettersson, who has been on himself about being too “unselfish,” ended up making the selfless play of not shooting the puck when he could have and the play dissolved. Vancouver would ultimately lose the game in the shootout round, and lose one half of their defense’s top pairing.

Chris Tanev, playing in his second game since returning from injury, blocked a shot in the first period awkwardly. The puck hit him in the ankle, and after being visibly hurt he made his way to the locker room and did not return. It was confirmed after the game that he will miss the remainder of the season. The Canucks look to get back on track this Sunday against the Stars in Dallas.