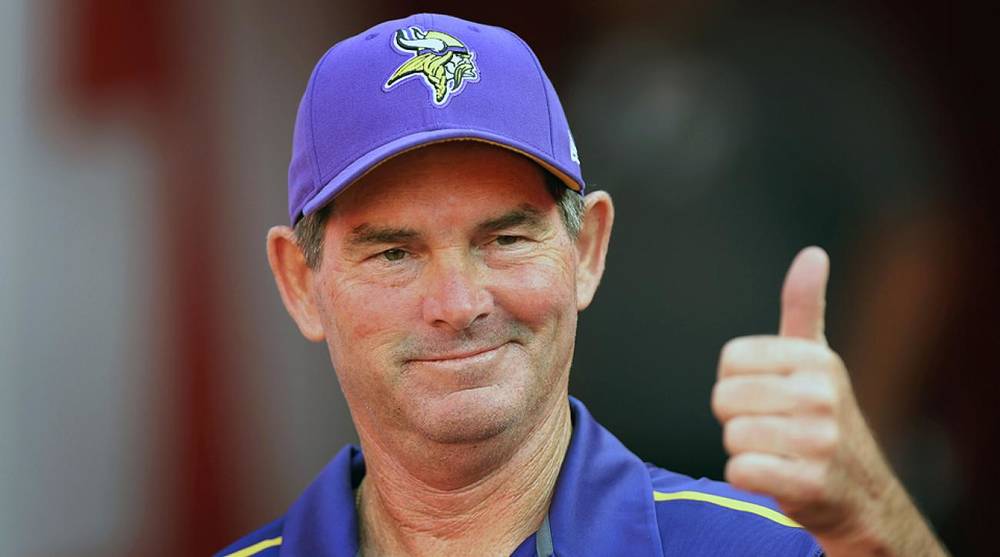 The Minnesota Vikings come into the 2019 season with high hopes of looking more like the team they were in 2017 rather than 2018. Coming off a 13-3 regular season, followed by an NFC Championship loss to the Philadelphia Eagles, the Vikings decided to sign quarterback, Kirk Cousins, to a three year, $84 million dollar deal. With the bar set at “championship or bust” for many, Minnesota wouldn’t come close to that, finishing the 2018 season with a record of 8-7-1.

The Vikings currently sit around $8 million in cap space after letting go of safety Andrew Sendejo, guard Mike Remmers, and defensive tackle Sheldon Richardson. The problem with having very little money to spend is that a lot of teams are making deals already and the Vikings don’t have the current funds to sign anyone big (although they were able to re-sign Anthony Barr). They need to make some moves in order to give themselves a shot at getting back to the NFC Championship game. Free agency aside, the Vikings need to look for specific players in the upcoming NFL Draft.

First things first, addressing the offensive line has got to be a huge priority for the Vikings, as they were ranked 29th overall by Pro Football Focus. They had one of the league’s worst three interior lineman last year, as Tom Compton, Mike Remmers, and Pat Elflein gave up a combined 18 sacks, so finding interior offensive lineman is a must. Brian O’Neill played well as a rookie at right tackle and Riley Reiff was the Vikings best lineman last year and has shown the abilities to play both tackle and guard. Pat Elflein needs to bounce back from last year, and Rashod Hill should be back as well. The offensive line has to be the biggest priority, and the Vikings should be able to land an elite lineman with their first round pick. Bradbury worked a ton out of the center position at NC State. The three-year starter played in a zone running offense and that fits perfectly with what the Vikings need on offense. Minnesota is going to want to run the ball with Dalvin Cook to open up easier passing situations for Kirk Cousins, and that’s what Bradbury does so well. He has great body control and knows how to use leverage against opponents. He has quick hands and delivers a fast punch that he uses to control his defenders and create holes to run through. Watch some of his tape, he is an excellent run blocker. Slide in Bradbury at center, bump Elflein to guard, move Reiff in to guard, Brian O’Neill takes the left tackle spot, and unless he leaves the team, Rashod Hill is the right tackle.

The Vikings are a team in kind of a weird spot. They have tons of talent on their roster, but find themselves looking at one of the worst offensive lines in football. With so many free agents already deciding where they’ll be playing next year, the Vikings will have very few options to help improve their offensive line, as well as filling needs on the defensive line. As the draft unfolds, and we hit the 2nd round, there should be some options for the Vikings at pick 50. Two guys I could see Minnesota go with if they are available are defensive tackle out of Clemson, Dexter Lawrence; and linebacker, Mack Wilson, out of Alabama. Unfortunately, both will likely be drafted by the time the Vikings are on the clock in the second-round. Cajuste is a big guy, measuring in at 6’ 5”, 312 lbs, with 34” arms. The Vikings need someone that can protect Kirk Cousins, but also help in the run game. Yodny Cajuste is one of my favorite players in this draft, and he has all the tools to become an NFL starting tackle. His strength stands out to me when I watch him. He delivers a mean punch at the point of attack, is able to lock up opposing defenders in the run game, and keeps the pocket clean in the pass game. He has shown good footwork and the ability to stay in front of defenders, whether that be on the line of scrimmage or when he’s moving to the second level. Cajuste is a guy the Vikings should look for right away on day 2. Both he and Bradbury would improve the offensive line right away.

Next on the list has got to be finding a way to replace the loss of defensive tackle, Sheldon Richardson, and the aging Linval Joseph. Everson Griffen is also nearing 32-years-old and the Vikings owe him a good amount of money, so he may be dealt as well. Minnesota has been adding defensive line depth over the past few drafts and they need to continue that here in 2019. Renell Wren comes in with a massive 6’ 5”, 320 lbs body, and has 33 ⅞” arms as well. A potential “boom or bust” prospect, he would look great lined up as a defensive tackle for the Minnesota Vikings. Wren is a very strong and powerful player that has an insanely high motor. When added together, he’s a special player. Wren shows an explosive first step, and uses that to fill gaps quickly. One down side to Wren is that he is not the greatest technician in the world, but he’s got the tools to become an every down defensive tackle, and the Vikings can unlock a ton of potential yet to be discovered. The Vikings dip into the Crimson Tide’s pool of players and select another defensive lineman in Isaiah Buggs. Buggs comes in at 6’ 3”, 306 lbs, and has played all over the Alabama defensive front. Buggs is a much needed depth piece on the defensive line. He’s got a quick burst when getting out of his stance and uses his explosiveness to get into the backfield and make plays. Buggs had an impressive 9.5 sacks, which was two and a half more than Quinnen Williams. Buggs can play either tackle or end on a 4-3 defense. Mike Zimmer is the perfect guy to coach him up. Minnesota needs to find talent that can be on the field and help open things up even more for their offense. Jalen Hurd is a former running back that made the switch to wide receiver and could fight for playing time early on. Hurd is a great athlete that brings a good set of hands and has a very good run after the catch ability. Hurd worked a ton out of the slot at Baylor, but also has the gifted size (6’ 5”, 226 lbs) to line up outside as well. He needs to work on his route running and technique, but with two of the league’s best route runners, Stefon Diggs and Adam Thielen, he would be in a great spot to get the help he needs. He’s a very raw prospect, but the Vikings could utilize his skill set in many ways. As a 5-star recruit out of high school, and a four-year starter at Clemson, Mitch Hyatt has the experience and technique to become a very good tackle. He shows good footwork and keeps himself in front of his defenders at the point of attack. Hyatt would add nice depth on the offensive line as someone who can develop and possibly start over time. Hanks looks like he could eventually be a good fit for the Vikings 4-3 defense. He comes in with a productive four-year resume at New Mexico State, having produced 111 tackles, 15 tackles for a loss, 7 sacks, and 2 interceptions as a junior alone. As a senior, in only 9 games Hanks recorded 101 tackles and 8.5 tackles for a loss. Hanks is a relentless defender with a high motor who is constantly pursuing the football. He’s a very physical guy thats not afraid to get in his opponent’s face. Hanks can play in all the special teams formations. Cece Jefferson has had an up and down career at Florida, but there is a good amount of upside here for the Vikings. Jefferson has a good nose for the football and gets of the line well. He could work at both end spots or even inside at tackle. There is plenty of room for Cece Jefferson to grow.