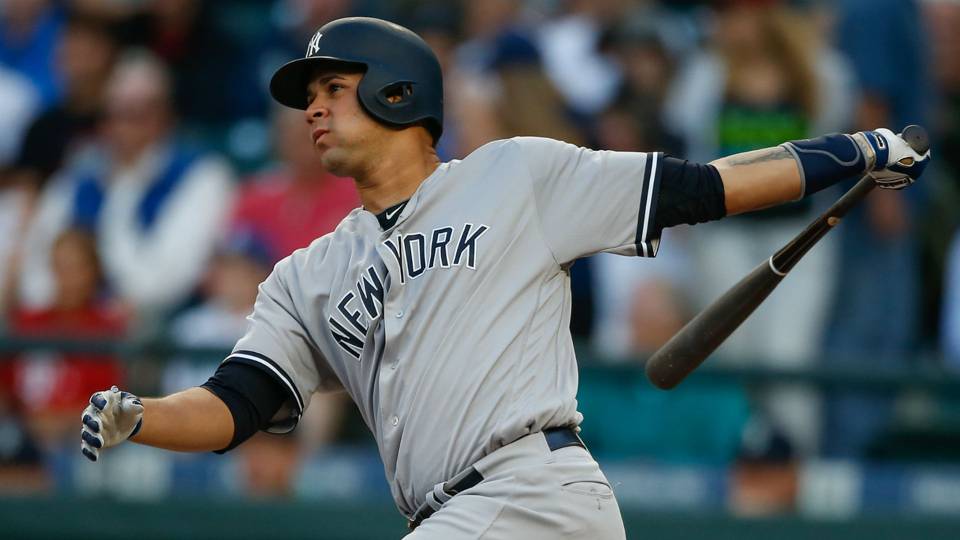 With Spring Training upon us, it is reasonable to start considering strategies for the grind that is season-long fantasy baseball. I have decided to cover the top options for each position, to provide a “draft guide” of sorts. I made the interesting decision to start with catcher, the hardest position, first in hopes that everything will be easier after that. For those of you who play season-long football, catcher is very similar to the TE position in that things can get ugly and risky real quickly.

The first thing to note is that fantasy owners seem to be taking two catchers consistently in the top 75: Gary Sanchez and J.T. Realmuto. Sanchez had an off-year last season, but was still crushed the ball at times. The reason to not not draft him as high as he has gone recently is that his average and strikeout numbers can really hurt you. If you need home runs though, he’s your guy. If you are approaching the 100th pick in the draft and no one has taken Sanchez, you should get him. He could easily be the best player at an ugly position. And, there’s a possibility that last year was just a blip on the radar.

J.T. Realmuto is not a player that I feel comfortable targeting because his value is plummeting. Even after his trade, I feel as though he doesn’t provide enough stability to be picked in the top 75. It’s a great idea to have a catcher who can steal bases and provide more power upside than most, but he stole only 3 bases last year. Although, he does provide some stability in batting average. In fact, if you need a batting average and power combination for your roster (and you don’t want to take a risk on my other picks), he’s your guy.

There are about 5-10 “decent options” that you can go to outside of the aforementioned duo.  These options based on need to simplify things. If you need a safe pick with a decent batting average, Buster Posey is the best option (or Yadier Molina if Posey is taken). If you need home runs, pick up Kole Calhoun, who shouldn’t be on anyone’s radar. Mike Zunino can hit home runs too, but he is rock bottom in terms of average.

One catcher who is not guaranteed playing time but could be easy to obtain is Kurt Suzuki. If you can draft or trade for him early in the season, he would be a great asset to your squad given his consistent average and decent numbers. He (along with Calhoun) should give you a decent plan B if you get real deep into a draft and haven’t filled a position.

If you want a real dark horse, target Francisco Mejia, especially in two-catcher leagues. The reason is twofold: he was once a great prospect and he is on a team that should score a lot more than last year. Ideally, his situation would be more stable, but backups and bench players on a fantasy team at an ugly position are not stable.

One final note is that the key to strategizing in a fantasy draft is to make sure you don’t make emotional picks based on FOMO (fear of missing out). In the case of catcher, don’t miss out on a great player because you want Gary Sanchez before others can get him. Definitely don’t pick J.T. Realmuto just because Gary Sanchez is gone. Remember that the difference between these guys is not as pronounced as it may seem and that other good options exist. Good luck in your drafts and I’ll be back tomorrow with first base!