Three Reasons the Raptors Will Come Out of the East 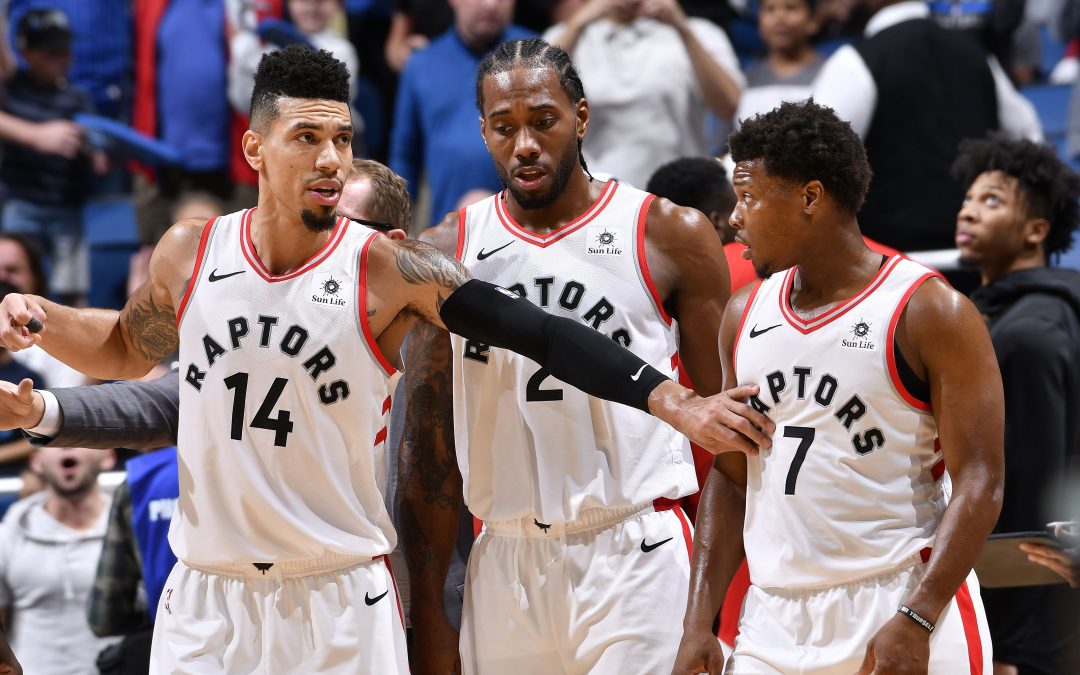 Three Reasons the Raptors Will Come Out of the East

There are a number of reasons that have recently greatly increased the chances the Toronto Raptors will make it to the NBA Finals this year. You might think that we go through this every year, but remember two basic facts. First, our thoughts about the Raptors as championship contenders are roughly contemporaneous with LeBron’s presence in the East (which they could never overcome). Second, this team truly has a different identity with Kawhi Leonard at the helm instead of DeMar DeRozan, as well as the development of Pascal Siakam as a star in this league. With that in mind, here are the factors (in no particular order):

The Celtics have a myriad of issues

This is perhaps the most obvious point in this article, but it’s hard to believe Kyrie Irving when he says that the Celtics will be fine in the playoffs. Marcus Morris probably shouldn’t be starting on a team of that significance; his shooting woes and inconsistencies do not help. Marcus Smart also does not have the shooting ability to be able to hold down the starting two position, even if he does have very good defensive abilities. Tatum is much improved and still has great potential, but he is inconsistent and is still a bit young to be the second option on a championship team. Al Horford is a solid all-around player, but he lacks the kind of competitive fire expected from superstars in the league.

Kyrie will most likely be leaving the Celtics this offseason. The coaching and management of this team may be more suited for getting the most out of a mixture of young developing players and veteran glue guys. They do not seem to understand how to handle Kyrie and have frustrated him with their lack of direction and vague comments to the press about staying the course. Jaylen Brown should have been starting for this team the entire year, and young players can get ruined by these significant personnel moves. Gordon Hayward is an unmitigated disaster that costs the Celtics way too much. Given the Raptors solid play this year and the potential of starting Lowry, Green, Leonard, Siakam, and Gasol against Kyrie, Smart, Tatum, Morris, and Horford, it is easy to see how at this point the Raptors have a better chance at winning the title than the Celtics.

The 76ers will probably pass the Pacers at some point this season in the Eastern Conference playoff race. The fact that the Pacers have hung on for so long after the Oladipo injury is truly impressive and indicative of just how balanced the team is. However, it is inevitable that they will not be able to hold on to the third seed (though they still have a chance to finish higher than the Celtics, which would be quite the accomplishment).

The Sixers have completed a few major trades that have greatly improved their chances of winning a title. Tobias Harris seems to be a perfect fit for a Sixers team that is looking to add unselfish star power to a lineup that is already loaded with talent. Another bright spot is that Boban Marjanovic has played really well since his arrival.

However, the chemistry of this team is still up-and-down. When Embiid is in the mix, it is hard for Simmons, Butler, and Embiid to all get their touches and also keep Harris happy. Given historical precedent, these “Big Three” or “Big Four” squads take at least a year to truly gel just because of the delicate balancing act that it requires to have multiple superstars. It takes time to get them to establish the proper chemistry that it takes to win a championship. Also, they have significant home-road splits, scoring over 6 points per game more at home as opposed to the Raptors, who have just a 3 point split. I do expect the Sixers to be in the NBA Finals at some point in the next 3 years, and I believe they would easily beat last year’s Cavaliers team in a series.

The Bucks have not won a playoff series since 2003

When a team that has typically struggled in the postseason emerges as a contender, they generally follow a particular pattern: they get to the conference finals, lose, and then come back and make The Finals the following season. Very seldom does a team that was wiped out in the first round for a few years running suddenly get up and make it to The Finals the next season.

Their concerns entering a playoff series still do include the inexperience that they have in the playoffs. This was highlighted when Giannis made reference to most of his teammates never experiencing a crucial Game 7 after last year’s loss to the Celtics. Eric Bledsoe did not perform consistently in that series and was outplayed by Terry Rozier, who is not nearly as talented. Giannis has made strides since then and is playing amazing basketball, but he may not be able to make the difference if he faces teams that are more experienced and just as talented as the Bucks come playoff time. I expect them to lose in the Eastern Conference Finals, but come back strong if they can keep their core together for the next few seasons.